Gather some coins around the kingdom because collecting this whole line may take you more than one purchase. Choco Eggs, chocolate candy shaped eggs from overseas that generally contain a figure or toy inside, from Japanese candy company Furuta will be hiding retro and modern Mario surprises within their latest lineup likely made to celebrate the red plumber’s 35th anniversary. Check out all 15 figures from Mario’s history available from the new set of mystery boxes releasing next month! 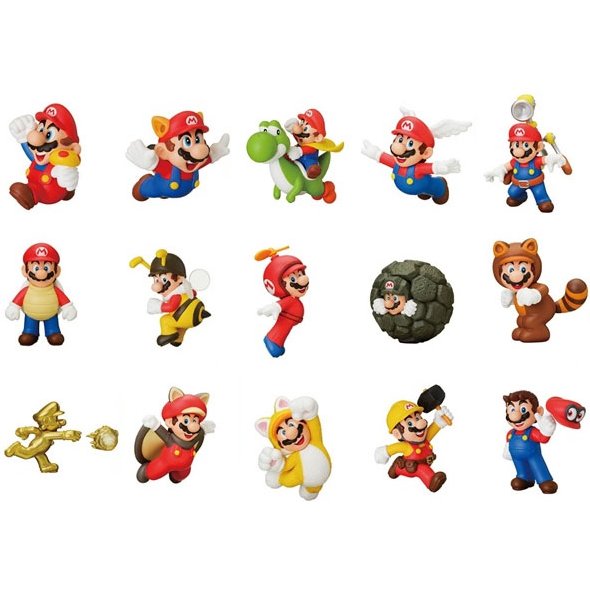 Despite 15 figures being listed, there is one surprise character that has not been shown off in the full set of 16. While Choco Eggs are typically found in retail stores across various Asian countries, those outside of their home territory might have trouble finding them due to legal disputes. For anyone interested in picking up a set of ten randomly picked boxes from this lineup, pre-orders are available from Play-Asia until November 1st. Be sure to use our code affiliate code NINWIRE to receive 5% off any purchase of $20 or more!