Petal Crash is a loving dose of arcade puzzle fun

I’ve made no secret of my love of competitive puzzle games here on Nintendo Wire. From Nintendo’s own efforts, like Dr. Mario and Yoshi’s Cookie, to the back-and-forth of Puyo Puyo; it’s a genre that more often than not blends fun visuals and sound design with gameplay that’s deeper than it first appears.

Now a new contender is stepping onto Switch, aiming to emulate the earliest years of the genre. The core gameplay delivers, and it gets high marks for its cast of cuties all wrapped up in a fantastical floral theme. Petal Crash may be lacking in some respects, be they intentional to match its inspirations or not, but it more than makes up for any deficits with heart and charm. 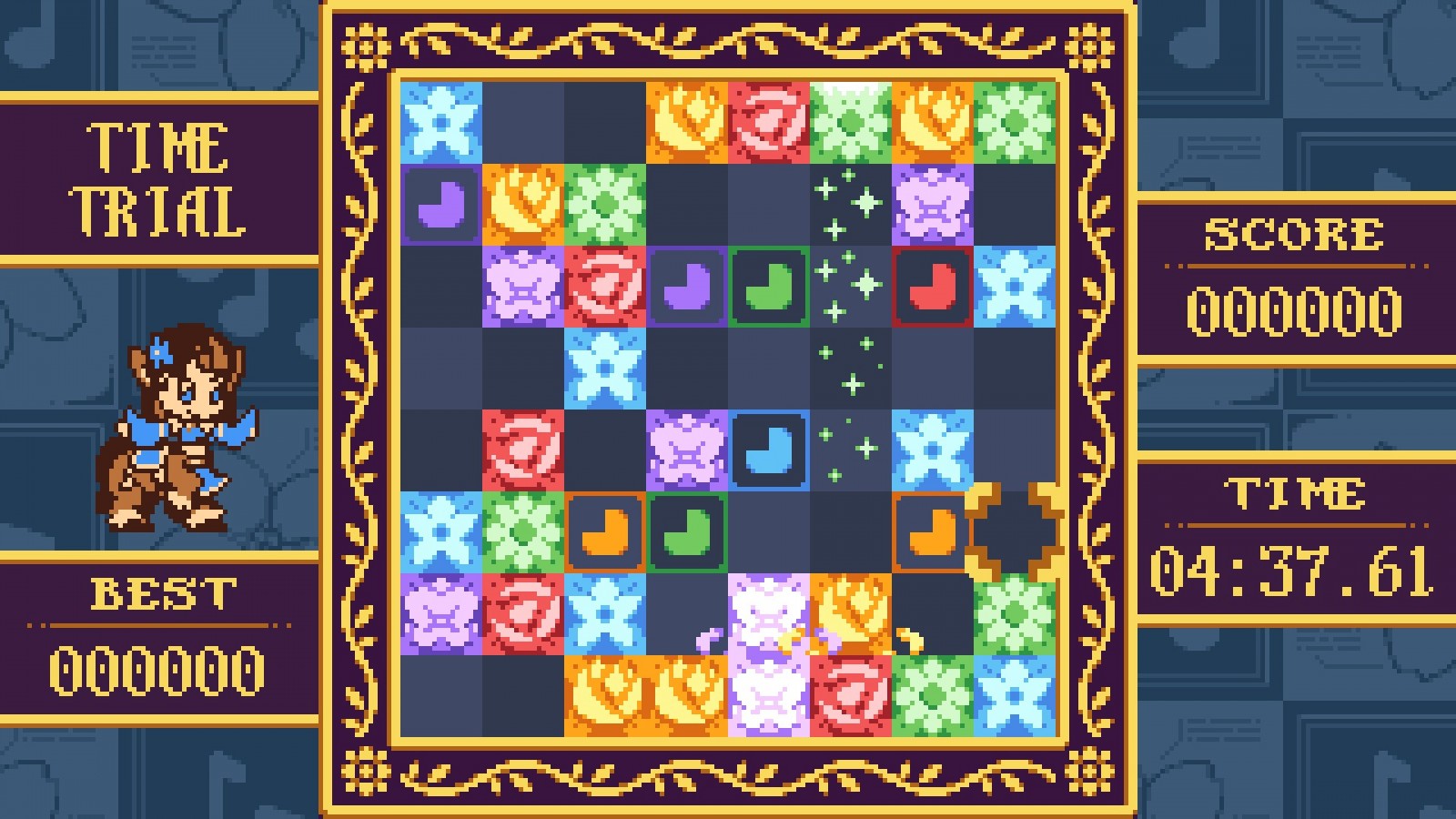 Rather than falling shapes or blobs, Petal Crash instead deals with blocks/tiles that spawn on a grid. Highlighting one will allow you to slide it in a cardinal direction until it hits another block or the grid’s wall. By making it collide into a matching block, they both burst in a Petal Crash. This causes adjacent blocks to also be pushed away, allowing you to set off chain reactions if you think things through (or get a little lucky).

This core gameplay takes some getting used to and doesn’t come as intuitively as “fit shapes together to make lines”, but it does a great job of easing you in both with the story mode’s difficulty progression and extra modes to practice in. Clearing blocks sends attacks to your opponent, lowering their ‘health’ and putting obstacles on their board. Keeping up a steady offense of one or two crashes is a good starting point, but if you want to crash with the best of them you’ll need to amp up your game. 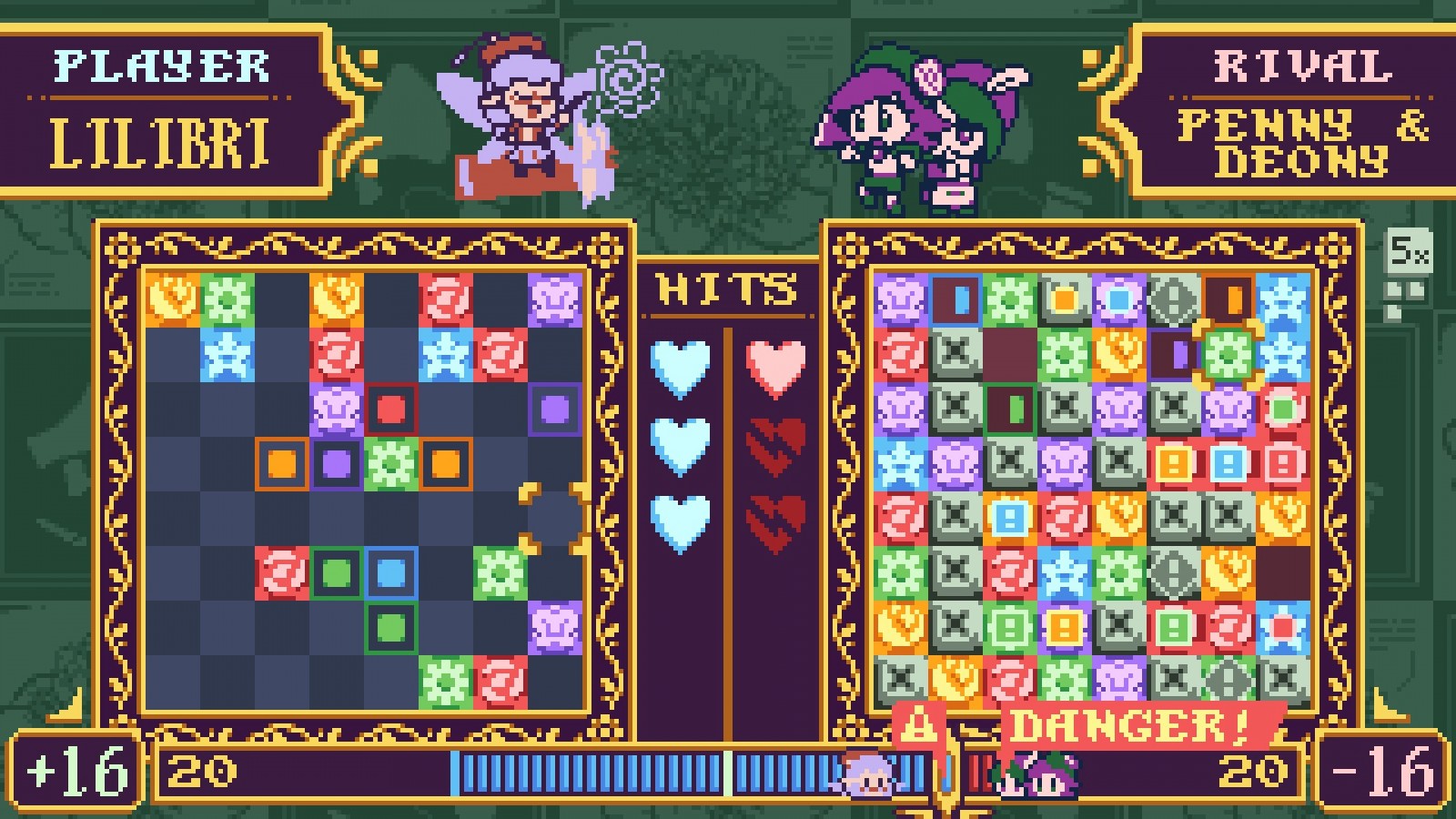 As things get harder and the AI/your opponent gets tougher you’ll need to be forming chains and planning your moves carefully. New blocks spawn as you slide blocks, meaning every move should count lest you get locked out of your set up chain or, even worse, you run out of room to move at all – an instant loss.

Even more so than other puzzle games, Petal Crash has an action economy that needs to be considered. You could spend four moves to get a single match, or you could plan ahead based on what will spawn where and have a multi-part chain going in the same amount of time. It’s a satisfying realization once things click, made all the more enjoyable by the game’s aesthetic.

If I had to pinpoint one inspiration for Petal Crash’s vibes it would be Panel de Pon. The floral motif and use of characters inspired by fantasy bring Lip’s Super Famicom roots to mind, while the graphics and music are more in line with handheld efforts, like Pokémon Puzzle Challenge. While these may be more obscure Nintendo titles by and large, I promise this association is high praise.

Playing through story mode introduced me to the likes of librarian fairy Lilibri, the freelancing beastkin Daize, and contrasting tailor shop twins Penny and Deony. They and the others are likable in their story modes, where dialogue doused in wordplay reveals all their desires and character as they attempt to gather Sacred Blossoms to make a wish. All of this is told in dialogue scenes between Petal Crash matches, dressing up the gameplay and pushing the envelope on flower based nomenclature. 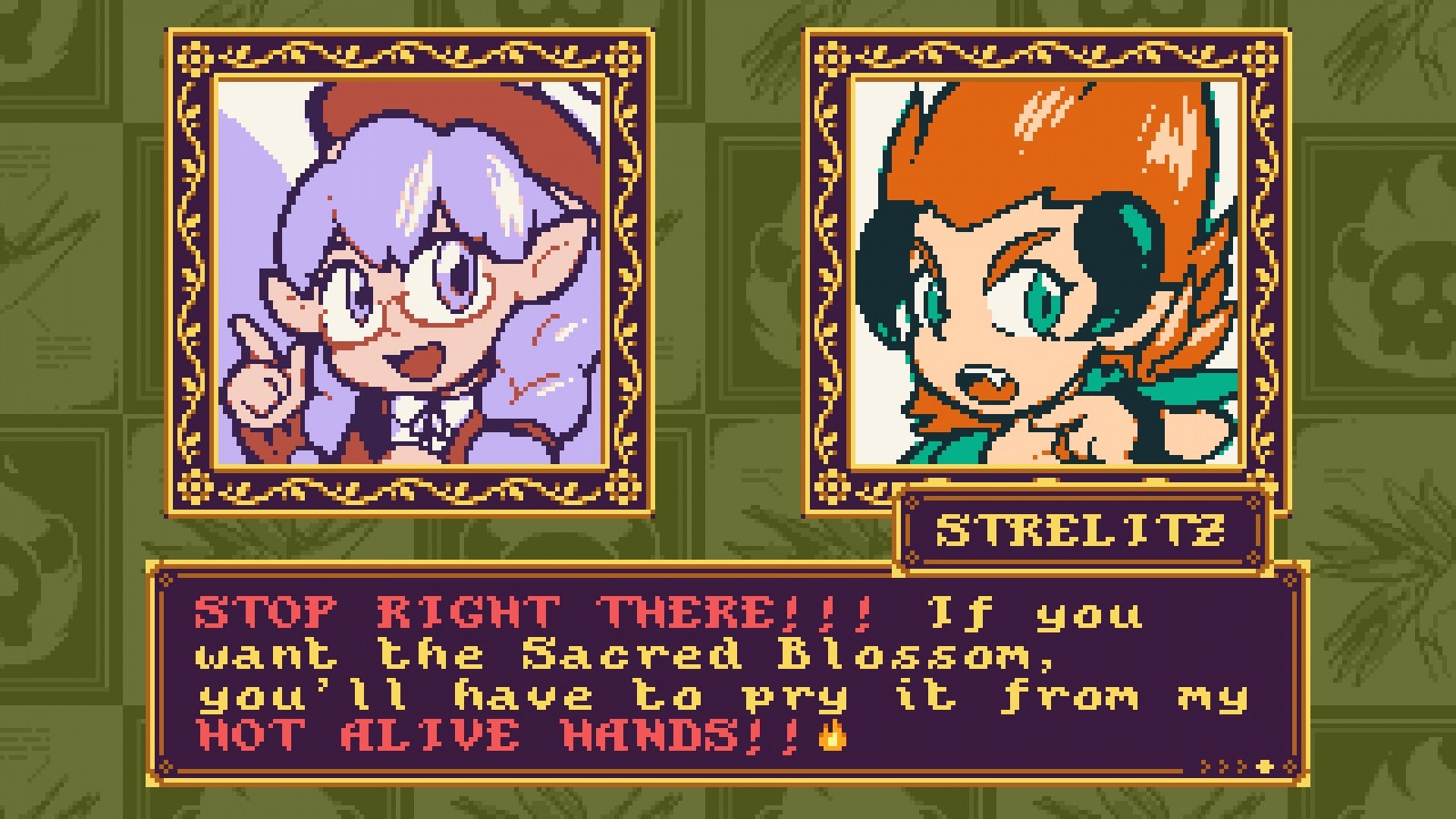 If you enjoy puzzle games you owe it to yourself to pick up Petal Crash. It aims to balance out its own ideas with tried and true sensibilities of the genre from handhelds of the past, and succeeds well enough to keep me playing and wanting to show others the game. It does show its roots as a Kickstarted game from a small team, but if you’re content with the bare essentials you’ll see that, like any well-tended garden, it came from people that understand how to best bring seeds to bloom.

You can pick up Petal Crash from the eShop and Steam now for $9.99.