Natsume has announced another new character for Harvest Moon: One World. This time we’re evening out the bachelorette count compared to the bachelors. Here’s Gabrielle! This “tough on the outside, big softie on the inside” resident also looks like a certain character from the Harvest Moon franchise. Hmmm… 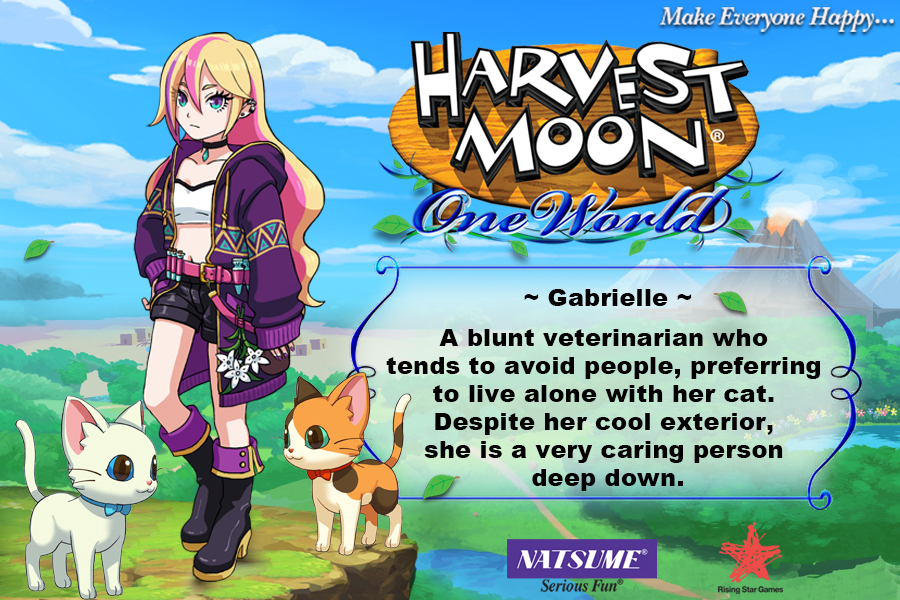 “Gabrielle’s ancestry won’t come as a surprise to her, but it may surprise the player when they discover who is a distant relative to this witch!”

Harvest Moon: One World will be available on Nintendo Switch in early March 2021.