The blue blur is speeding his way into Ultimate Knockout as a purchasable costume starting tomorrow! Sega and Fall Guys developer Mediatonic has announced that their special collaboration bringing Sonic The Hedgehog themed content to the battle royale phenomenon will be publicly available Wednesday, October 14th. Have a look at the adorable crossover’s rather Robotinic-shaped costume below! 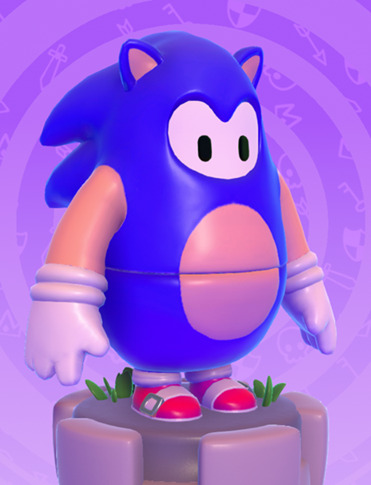 The Sonic The Hedgehog costume will be available from Fall Guys’ in-game digital store for approximately ten crowns. Crowns can be earned through level-up progression, first-place victories, or microtransaction purchases. Typically, costumes tend to appear on the in-game storefront sporadically, so for those who definitely want to add this outfit to their collection you may want to jump on the offer as soon as possible. This is not the first collaboration Mediatonic has featured in their widely popular release recently. Just last month, Valve threw the sixty fighter ring as Fall Guys themed Portal and Team Fortress content made its way into the game.