Today, game director and all around interesting person Masahiro Sakurai took to the proverbial internet stage to discuss the mechanics and moves of Minecraft player character Steve, who’s being added to the game as part of Challenger Pack #7. True to past additions, the Smash development team has taken an absurd amount of care in replicating the feeling and mechanics of Minecraft, creating a truly unique fighter in the process.

The most standout feature of Steve’s arsenal is the ability to both Mine and Craft, both of which are performed as his neutral special. Used most places on stage, Steve will start to mine up materials from the ground, including everything from dirt, wood, and stone to gold, diamonds, and redstone. While the items always come in a fixed order, the ones you acquire will depend on the stage makeup – dig on wood,and you’ll find lots of wood; mine on a stage like Corneria and you’ll get tons of iron; etc. You can then use these materials at a crafting table (spawned near the start, or brought to where you currently are with Shield+Special) to Craft items. 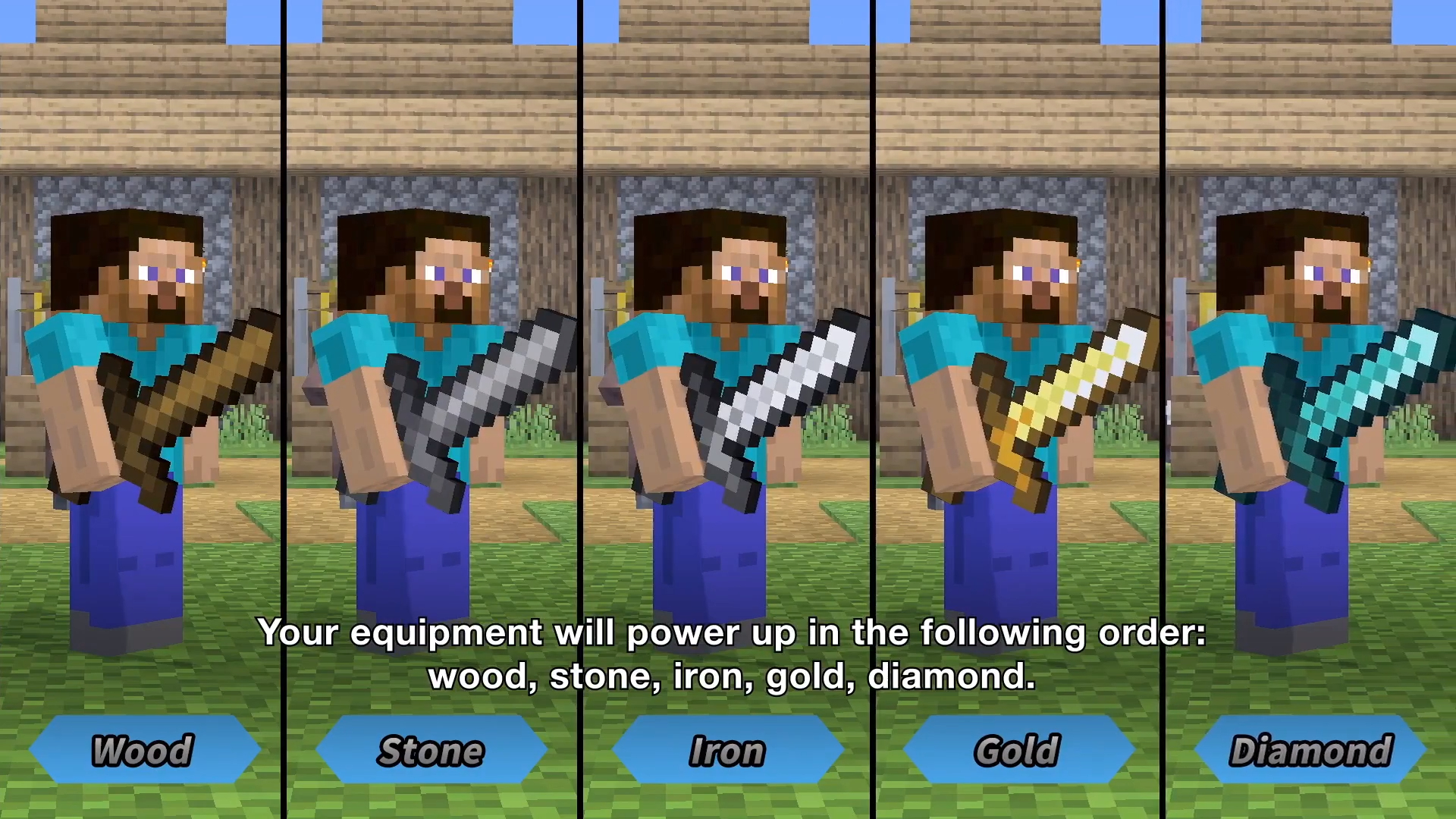 Steve uses a variety of tools from the original game in his moveset, including swords, axes, and pickaxes. Each weapon (used primarily in normal, tilt, and smash attacks) has a set durability and will break if overused – in turn, you can craft not only replacements but outright upgrades based on the material you dig up from the stage. The weakest tier (that you start matches with) is Wood, but you can craft tools out of Stone, Iron, Gold, and Diamond (the strongest) as well. If your tool breaks, the attack you’d normally perform will now just be a weak barehanded punch.

Steve’s neutral special has a third completely different function when used in the air – it crafts blocks made out of the cheapest materials he has on hand. These blocks will naturally deteriorate over time but can also be destroyed faster by attacking them or jumping into them below a la Mario blocks – the weaker the material, the more brittle it is. Blocks can be used to maneuver around the stage, to gain vertical height quickly, or to edgeguard opponents, making it another versatile tool in Steve’s toolkit. 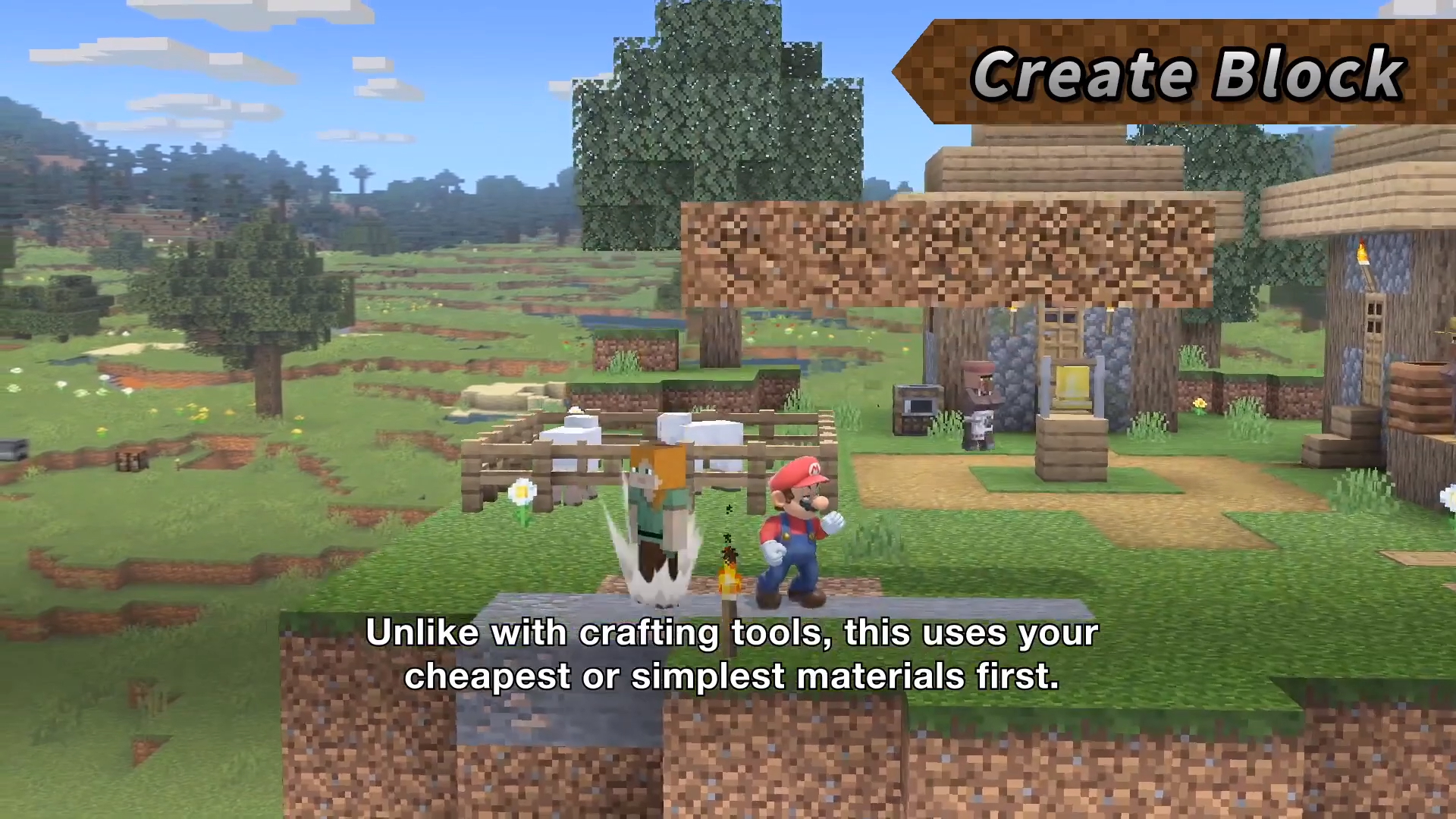 You use mined materials for other moves as well. Steve’s side special, the minecart (which careens across the stage and has the potential to capture opponents) requires iron to build and wood to lay down the track, and can be enhanced if you have gold and redstone. His down special, TNT, uses cheap dirt and wood to build, and can also have a fuse/pressure plate for detonation built with the same button combination if you have TNT set out. Some of Steve’s normal attacks, like his down-air, require iron to use properly, so keeping materials on hand is important. Fortunately, you can keep track of them via a status bar above Steve’s percentage in the UI. 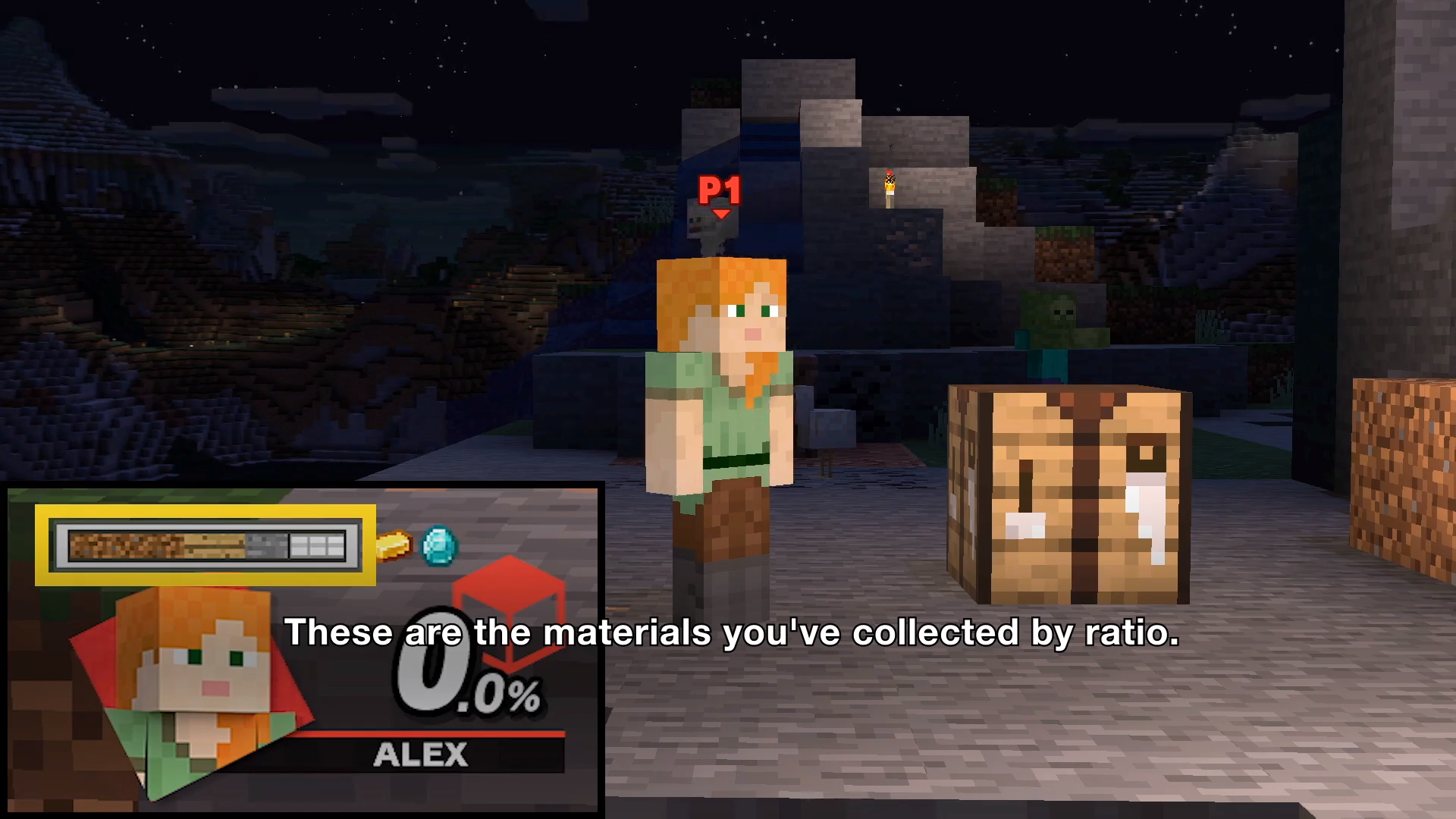 There’s a whole lot more little nuances added – such as the materials you find on Battlefield and Omega stages being static, or how the layout of mineable areas on the Minecraft stage will remain the same regardless of stage variation – but the man himself can explain all the fine details to you firsthand in the Steve breakdown video. Go ahead and give it a watch, if you’ve got the time.