As part of PAX Online, Sega has given us another look at the upcoming puzzle mashup sequel Puyo Puyo Tetris 2. Who better to introduce this new look at the game and its Adventure Mode than Alexey Pajitnov, the very creator of Tetris himself?

After his intro we get plenty of conversation between lead characters Ringo and Tee, reuniting after the first game’s events. As their worlds collide again they’ll learn they have a new threat to deal with in the form of the Dimensional Parasite, which is corrupting their friends and causing all sorts of problems for the puzzle solvers. 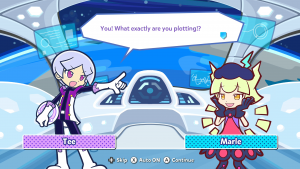 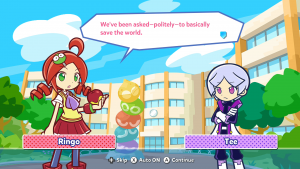 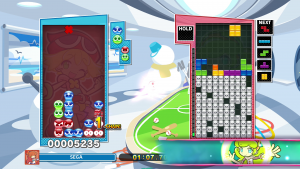 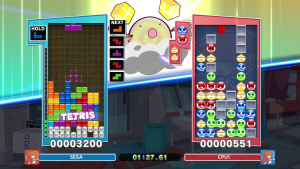 This trailer gives us a glimpse of Adventure Mode’s overworld map as well as multiple gameplay styles, like the new Skill Battle and returning Big Bang. On top of that there’ll be plenty of challenges to face and rewards to unlock as you play through the story, meeting characters old and new alike – like the mysterious Marle. You’ll have to make sure your skills are sharp to pop Puyo and clear Tetriminos with the best of ‘em when Puyo Puyo Tetris 2 arrives on Switch and other systems December 8th, with PC following in early 2021.