Gee, it sure is boring around here… Good thing we have the internet, so that projects like Zelda CD-i Reanimated can exist.

Over 200 talented animators collaborated to produce the following video over the course of 19 months, resulting in an incredible tribute to the infamous cutscenes of the revered Legend of Zelda games on the Philips CD-i, Link: The Faces of Evil and Zelda: The Wand of Gamelon.

These games were the result of a deal between Nintendo and Philips in the ‘90s, wherein Nintendo allowed the use of its characters in games for Philips’ CD-i console. Nintendo’s lack of involvement, a tight budget, and a lack of time and resources led to games with hilariously bad animation that Nintendo has been trying to forget ever since — but years of memes and community-driven projects like this have proved that there still many fans that dare bring light to the lair of the funniest Zelda games ever made.

There are a ton of different animation styles on display, including traditional cartoons, hand-drawn, CGI, and even claymation. The ever-shifting mediums and the contrasting animation styles, ranging from professional and sophisticated to intentionally goofy and exaggerated, lend themselves incredibly well to cutscenes that were already chaotic and bizarre to begin with. There are also many easter eggs to be discovered, with references to various other Zelda games as well as Paper Mario, Minecraft, Undertale, and more. 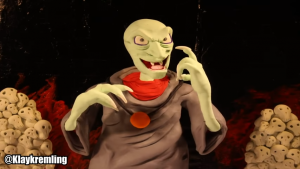 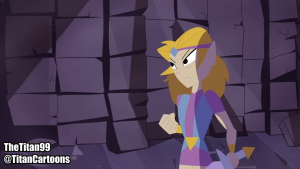 Stick around for the credits for a brilliant CD-i medley remix by NoteBlock, too!