The latest Pokémon mini Nanoblock set, featuring popular Fire-type monsters from the franchise, is now available to pre-order from Amazon Japan with units being shipped out on September 12th.

Announced last month, the full box set features buildable versions of Charmander, Charizard, Fennekin, Cyndaquil, Chimchar, and Tepig. Each were only previously available individually in blind packs in Japan at 660 yen each, with the new complete set now retailing at 3,690 yen. 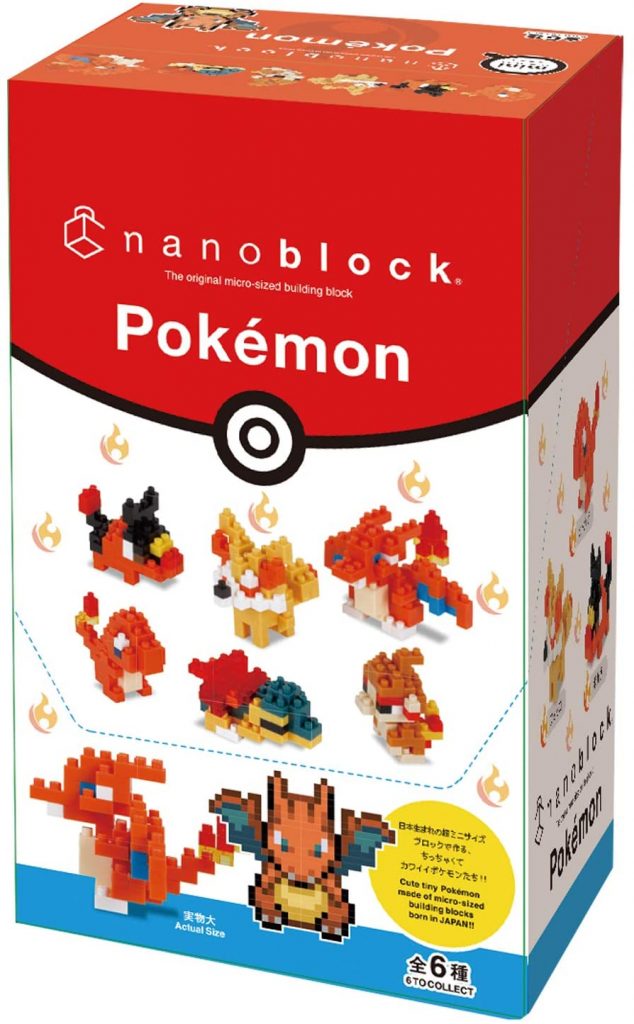 Nanoblock is a building block hobby series by toy company Kawada that is very popular in Japan. This isn’t the first time that Nanoblock has partnered with the Pokémon brand, as we saw Lucario and the Galarian variants of Farfetch’d, Slowpoke, and Ponyta in block form back in July.