Nintendo is going all out for the 35th anniversary of Super Mario Bros.! They’re even bringing a special set of missions and rewards to My Nintendo, including everyone’s favorite – physical swag.

Available on the dedicated Mario site, there’s a new section titled “My Nintendo missions”. With a click, you’ll see the following rewards in Wave 1 of this promotion: Entry into the My Nintendo Super Mario Sweepstakes and Super Mario Bros. collectible pin set. In order to acquire these rewards, you’ll have to check out the missions tab. On there, you’ll find the following tasks:

Besides the Mario Kart Tour mission, all missions are available to complete until Wednesday, March 31st, 2021. Also, you’ll find on the main My Nintendo site that three of these missions will also reward you with some Platinum Points! 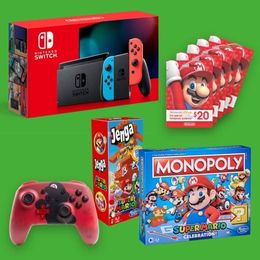 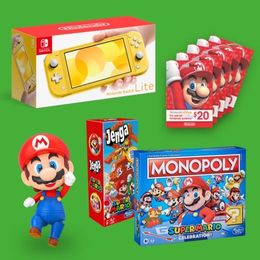 There will be five winners picked for each prize pack. For more details, please read the official rules.

As for the Super Mario Bros. collectible pin set, you’ll need to meet the following criteria:  “Five missions, including the “Purchase Super Mario 3D All-Stars” mission, must be completed before being eligible to receive the pins.” 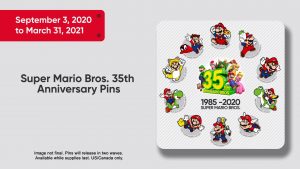 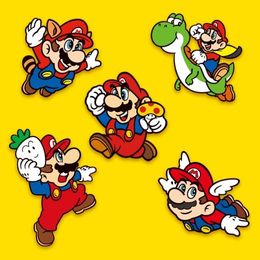 In order for your purchase of Super Mario 3D All-Stars to be counted, you must either purchase the digital version of the game or purchase the physical edition and register it for My Nintendo Gold Points. After this, the “Purchase Super Mario 3D All-Stars” mission will be marked as complete within 48 hours. Even if you buy the digital version now, you’ll have to wait for the game’s release day though!

This is only half of the 35th anniversary Super Mario Bros. pin set that was featured in the Nintendo Direct. Therefore you’ll receive the following Mario pins in “Set 1”:

While not stated outright, expect to see a Wave 2 of rewards. At the very least, we’ll see the second half to the Super Mario Bros. 35th Anniversary Pins be made available.

What do you think of these rewards? Looking forward to acquiring the complete pin set? Make sure to check back here for coverage concerning the next wave of rewards!