Nintendo has entered another partnership Lunchables, once again offering U.S.-based buyers of the snack-based brand to participate in a competition. This time, 750 Nintendo Switch consoles are up for grabs!

Each box will contain a code that can be redeemed on the Lunchables Sweepstakes website for a chance to win a Nintendo Switch prize pack, including a console and two download codes for select Switch games. There are also some runners-up prizes of 100 My Nintendo Platinum Points to be found. 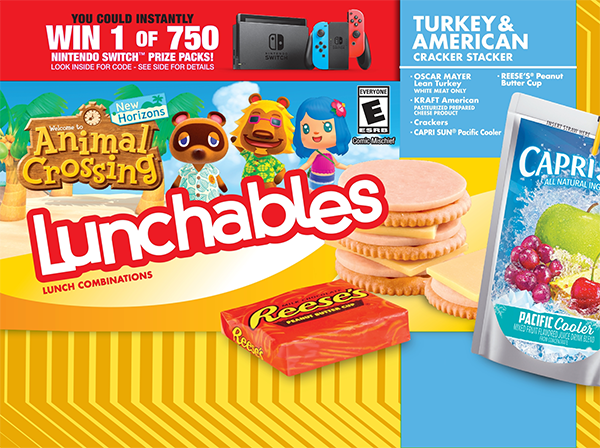 Nintendo and Lunchables have run similar collaborations in the past, with last year’s promotion featuring Super Mario Maker 2 and Yoshi’s Crafted World, and 2018’s Lunchables’ packages putting Super Mario Party in the spotlight.

To parents and children in the U.S. preparing for the incoming school year and stocking up on Lunchables, best of luck!