It has been a busy day for Dark Horse Comics! In addition to the announcement of Mike Mignola: The Quarantine Sketchbook, they’ve also given IGN an exclusive preview of next year’s Cuphead graphic novel. Behold Cuphead Vol. 2: Cartoon Chronicles & Calamities and the comic “Mugman in Building Blast Off!” in digital form! 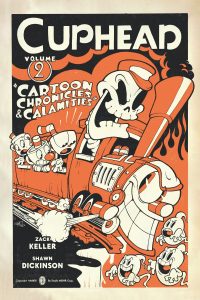 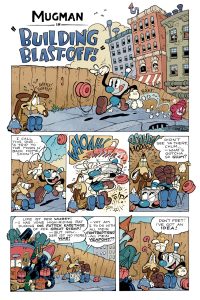 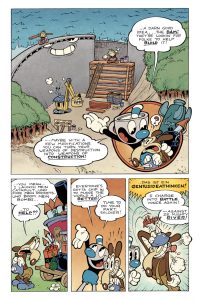 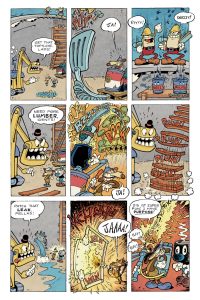 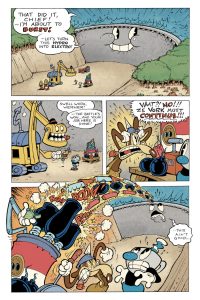 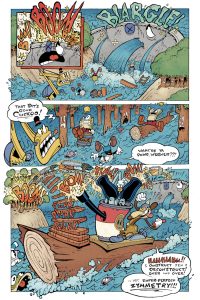 While the preview mainly features Mugman, there will be a number of hijinks and adventures for the Cuphead crew. From the book’s Amazon listing:

The trio can’t seem to catch a break as they find themselves in a plethora of peculiar positions and side stories in the all-cartoon magical wonderworld of the Inkwell Isles! This original graphic novel features fresh new tales, all authentically drawn to match the glorious, award-winning vintage animation style of Cuphead!

Don’t pass up this chance to see Cuphead, Mugman, and Ms. Chalice in their second collection of adventures wonderfully realized by the returning team of writer Zack Keller and artist Shawn Dickinson!

The collection is available to pre-order on Amazon for $10.99 and is expected to be released on Tuesday, March 2nd, 2021.