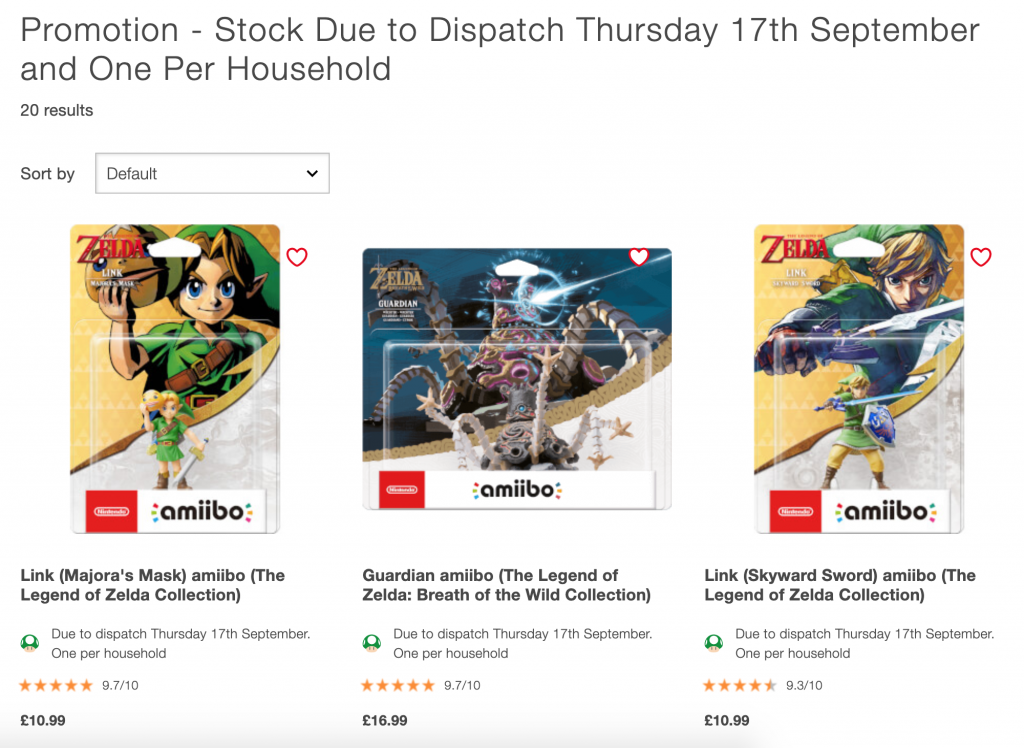 Available for pre-order on the Nintendo Official UK Store website, 20 The Legend of Zelda-themed amiibo will be shipping out on Thursday, September 17th. Prices range from £10.99 to £16.99 (BOTW’s posable Guardian amiibo) and there is a strict limit of one per household. In need of at least two of these hard to find amiibo? You’re in luck as orders over £20 qualify for free shipping.

Nintendo’s CPSIA page hasn’t added any new reprints, but hopefully, they’ll follow Nintendo UK’s lead in bringing back nearly all of The Legend of Zelda amiibo in time for the franchise’s 35th anniversary.