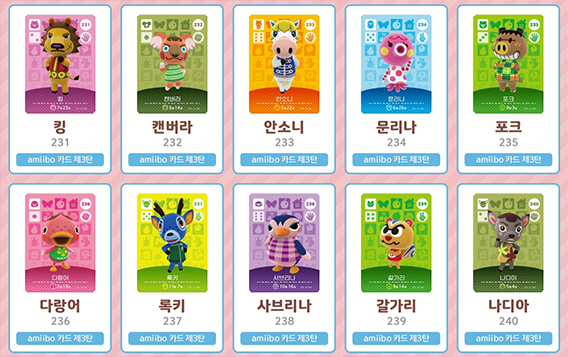 Nintendo of Korea also has provided region fans with a complete picture list of every card featured in the upcoming set. Previously, the first series of amiibo cards in the Animal Crossing series was released in South Korea on March 20, with the second set closely following behind on April 16.