Kingdom Hearts is an odd series, there’s no denying that. A seemingly impossible mix of Disney and Final Fantasy, birthed in part from Square Enix’s desire to create their own ‘Super Mario 64.’ It’s an Action-RPG where Mickey Mouse, the Warrior King of Disney Castle sets off on a quest to fight the forces of Darkness. He leaves behind his Captain of the Guard Goofy and Court Magician Donald, and tasks them with searching for The Chosen One: Sora. Such a wild idea sounds like a fever dream and a franchise doomed to fail. Yet here we are, 18 years and 12 games later looking at one of the biggest video game franchises of all-time. (It also happens to be tied with Star Wars as this writer’s favorite media franchise ever.)

Not synonymous with Nintendo… Right?

“Hold the phone, boss!” you may be saying in your head. “Kingdom Hearts may have been inspired by Mario, but it’s primarily a PlayStation franchise.” What if I told you that that statement was not just inaccurate, but a myth? Crazy, I know, but hear me out: Kingdom Hearts has a surprisingly rich history on Nintendo platforms that you may not be aware of! In fact, before the HD collections were created, there had been an equal number of exclusive Kingdom Hearts games on Nintendo platforms as there were on PlayStation. It’s true! 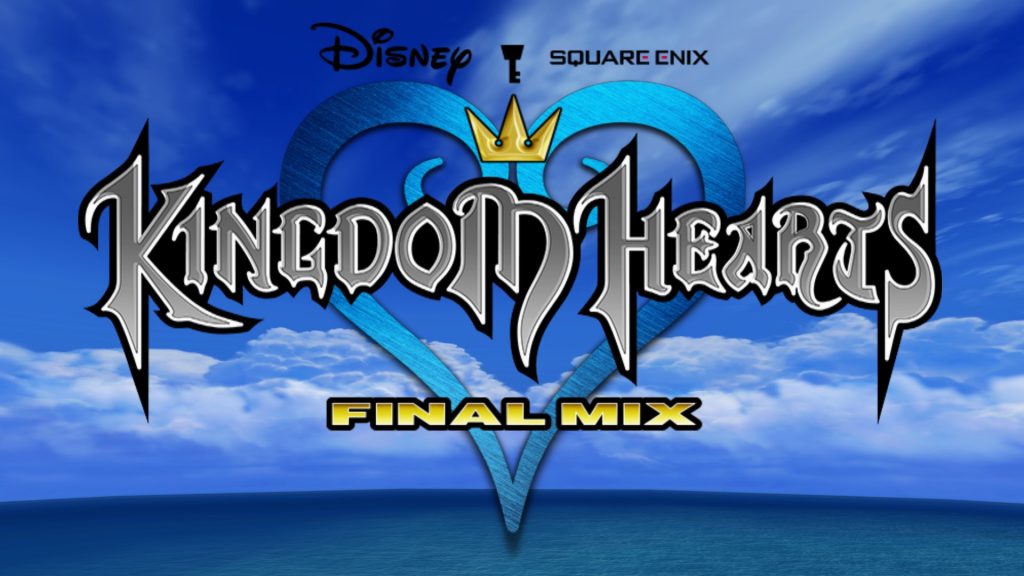 Now, it’s perfectly understandable to assume that Kingdom Hearts is strictly a PlayStation affair. Until the HD collections were finally ported to the Xbox One earlier this year, the first two mainline entries in the series had never seen the light of day on anything but Sony’s hardware. The latest entry, ‘Kingdom Hearts: Melody of Memory’ is a huge step for the series as a whole, being the first title to launch simultaneously on all current-gen home consoles. More pertinent to today’s topic, however, is that it’s also the latest in the series’ longstanding relationship with Nintendo. Join me as we take a look back at the franchise’s history on Nintendo hardware, and the road that led us to this latest release!

Kingdom Hearts saw its first sequel in the form of the GameBoy Advance title: ‘Kingdom Hearts: Chain of Memories’ in 2004. Look at that — only two games into the series and we’ve already got ourselves a Nintendo game! Chain of Memories looked to bridge the gap between the events of Kingdom Hearts and its upcoming numbered sequel, Kingdom Hearts 2. It was a card-based Action-RPG that saw our heroes attempting to escape a mysterious castle run by the villainous Organization XIII. It was well-received by fans and critics alike and served as yet another feather in the cap that is the GBA’s impeccable library of games.

So, where to next? The year after Chain of Memories hit the GBA, Kingdom Hearts 2 for the PlayStation 2 was released to universal acclaim. The series was riding high off of 3 stellar releases and was starting to look like the beginning of a gaming dynasty. Brace yourself though, as great as the series is, each entry’s name goes a bit off the rails from here on out. 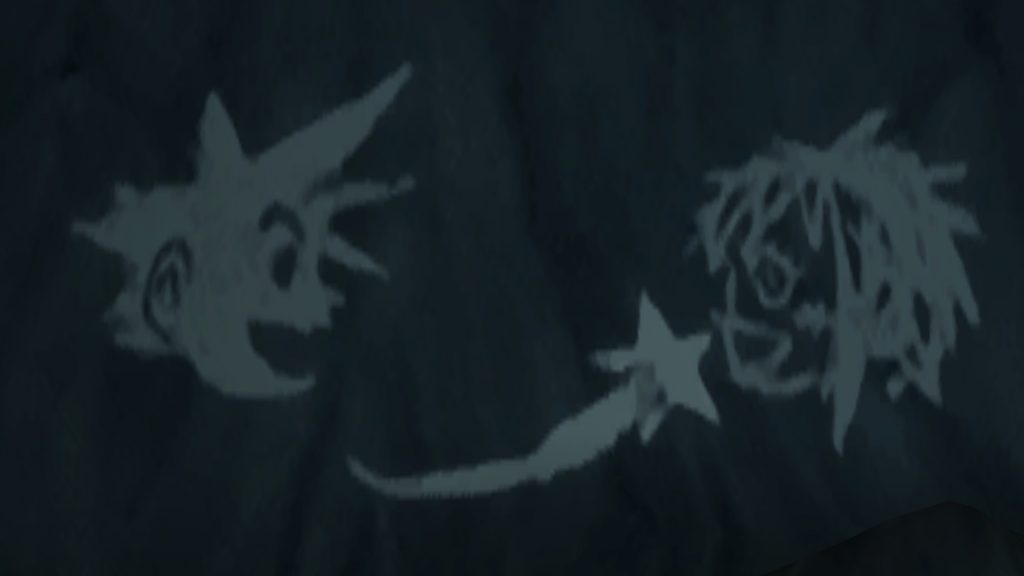 In 2009, ‘Kingdom Hearts 358/2 Days’ was released on the Nintendo DS. In the five-year gap from Chain of Memories initial release and the release of Days, Square Enix released a PS2 port of the GBA title with 3D visuals and fully voiced cutscenes. A Japan-exclusive mobile entry in the series was also released during the same period. Days, however, was the first real step the story had taken in half a decade. It followed the story of fan-favorites Roxas and Axel, along with newcomer Xion, chronicling their time spent as members of Organization XIII.

In terms of character and plot, Days happens to be this writer’s favorite in the entire series. It cemented the “Seasalt Trio,” which the fanbase lovingly calls this entry’s protagonists, as my favorite characters in all of Kingdom Hearts. I weep without shame whenever I play or watch their story. It’s that good! 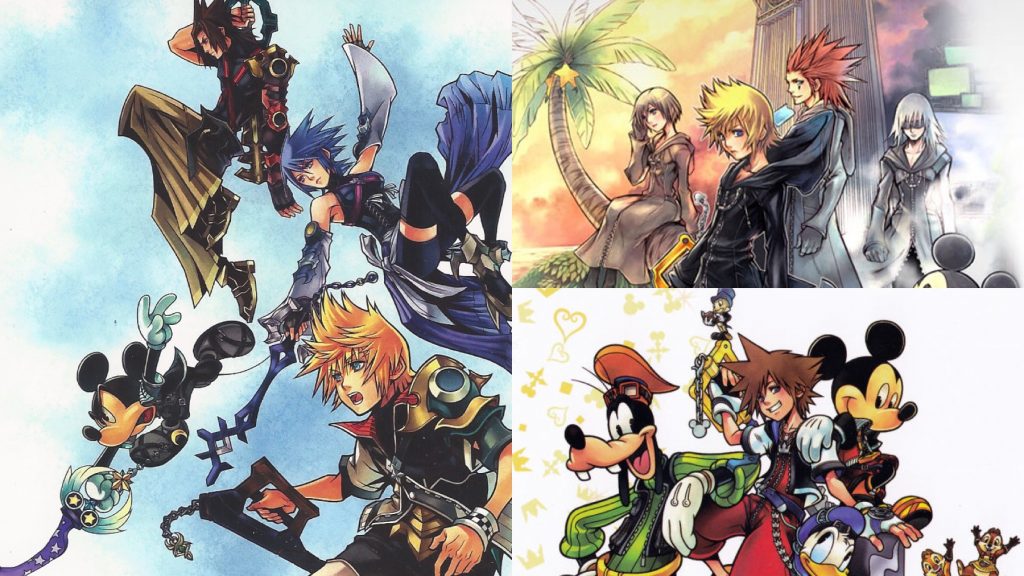 The five-year gap in new story content between Chain of Memories and Days would thankfully never happen again, as production of the series would be kicked into high gear from then on out. The year 2010 saw the release of two games, in fact! ‘Birth by Sleep’ for the PSP, and ‘Re: Coded’ for the Nintendo DS. Both entries being extremes in terms of the franchise’s timeline. The former taking place ten years prior to the events of the first Kingdom Hearts, and the latter taking place after the events of Kingdom Hearts 2, including a complete retelling of the Japan-only mobile game’s plot.

The year 2012 saw the release of ‘Kingdom Hearts 3D: Dream Drop Distance’ for the Nintendo 3DS, and until the reveal of Melody of Memory earlier this year, it was the last Kingdom Hearts game to grace a Nintendo console. It saw the story once again take a big step forward, tying up loose ends and setting the table for the end of the current story arc. An arc which, at that point, had taken a decade of real time to tell. Since then, there have been HD collections for the PS3, PS4 and Xbox One, a still-ongoing mobile game, and the fabled Kingdom Hearts 3 for PlayStation 4 and Xbox One.

The series’ director was asked before the launch of Kingdom Hearts 3 if a Nintendo Switch port was on the table, to which he replied that his focus was on launching the game, but he may revisit the idea in the future. Switch fans have definitely heard that one before, being a polite “no” at worst and an extremely loose “maybe” at best. 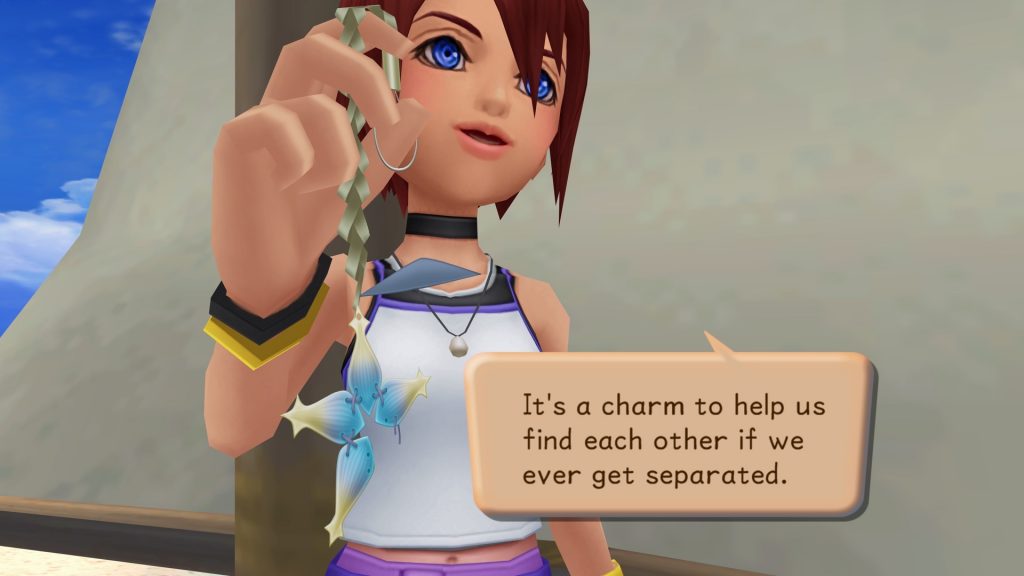 In a way, it’s completely understandable why we hadn’t seen more Kingdom Hearts representation on Nintendo hardware until now. The GBA, DS and 3DS lines received a healthy 4 entries total. Since then, the Wii U was too much of a commercial failure to consider releasing the HD collections on and the Switch is most likely too weak to run Kingdom Hearts 3. Also, as noted earlier, the HD collections were locked on Sony’s hardware until just a few months ago.

As you can see, from its earliest inception to the forthcoming Melody of Memory, Kingdom Hearts has a deep and rich Nintendo heritage. It has enjoyed representation on every generation of Nintendo handheld since the GBA, and thankfully, the Switch will be no exception. 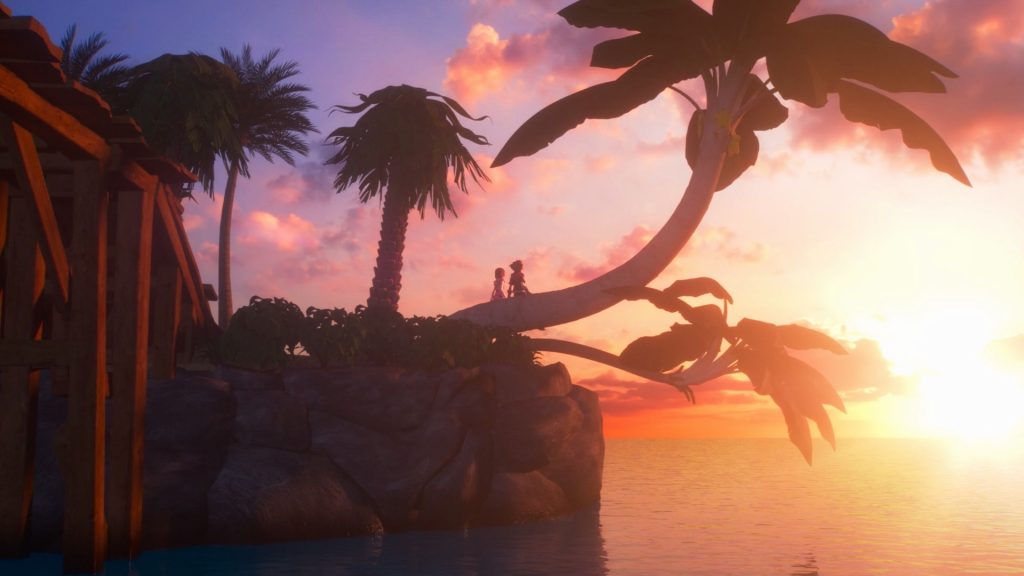 Now if you’ll excuse me, this means I have to get my gaming life together and finish everything I’m playing through. I also need to finish any big projects I’m working on in terms of home maintenance before Melody of Memory comes out so that I may just disconnect from the universe and bask in all its glory. (It’s my ritual for every new Kingdom Hearts release.)

Until next time: May your Heart be your Guiding Key!