After yesterday’s massive blowout of never-before-seen prototype assets for various Nintendo 64 games, it’s hard to imagine we haven’t already seen everything that Ocarina of Time has to offer — and yet, more and more beta content is still being discovered.

We previously reported on prototype dungeons, an early Stalfos model, and original artwork assets, but that was truly just the tip of the polygonal iceberg.

First up, a beta version of an Octorok has been assembled in-game, which looks much closer to the classic red sprites from previous Zelda games than the revamped, purple version of the final Ocarina of Time model. This model was previously seen in very early promotional screenshots, too.

A couple beta enemies from Ocarina of time were discovered in the recent source code leak by Dr. Disco AKA z64me, and he has made them function in-game, Introducing the beta Octorock, appearing in OoT for the first time in 20+ years https://t.co/uNoQ6T3Ogb pic.twitter.com/oINJUN8L3O

Keeping on the enemy theme, a golden, knight-like figure that has emerged, thought to be an early version of the game’s Iron Knuckle mini-boss.

Another incredible long-lost enemy from Ocarina of Time's development is revealed in 7/25's leak! This mysterious knight (iron knuckle?) has been found! pic.twitter.com/vd8yDi6cVY

Rounding out the character models is an early model of Link’s trusty steed Epona, looking a little more jagged and bare than her finished version.

Not all of these findings are downgrades of Ocarina of Time’s final assets, of course. In the case of the game’s items, you can now look at Link’s expansive arsenal in greater detail than ever with these high-quality renders. 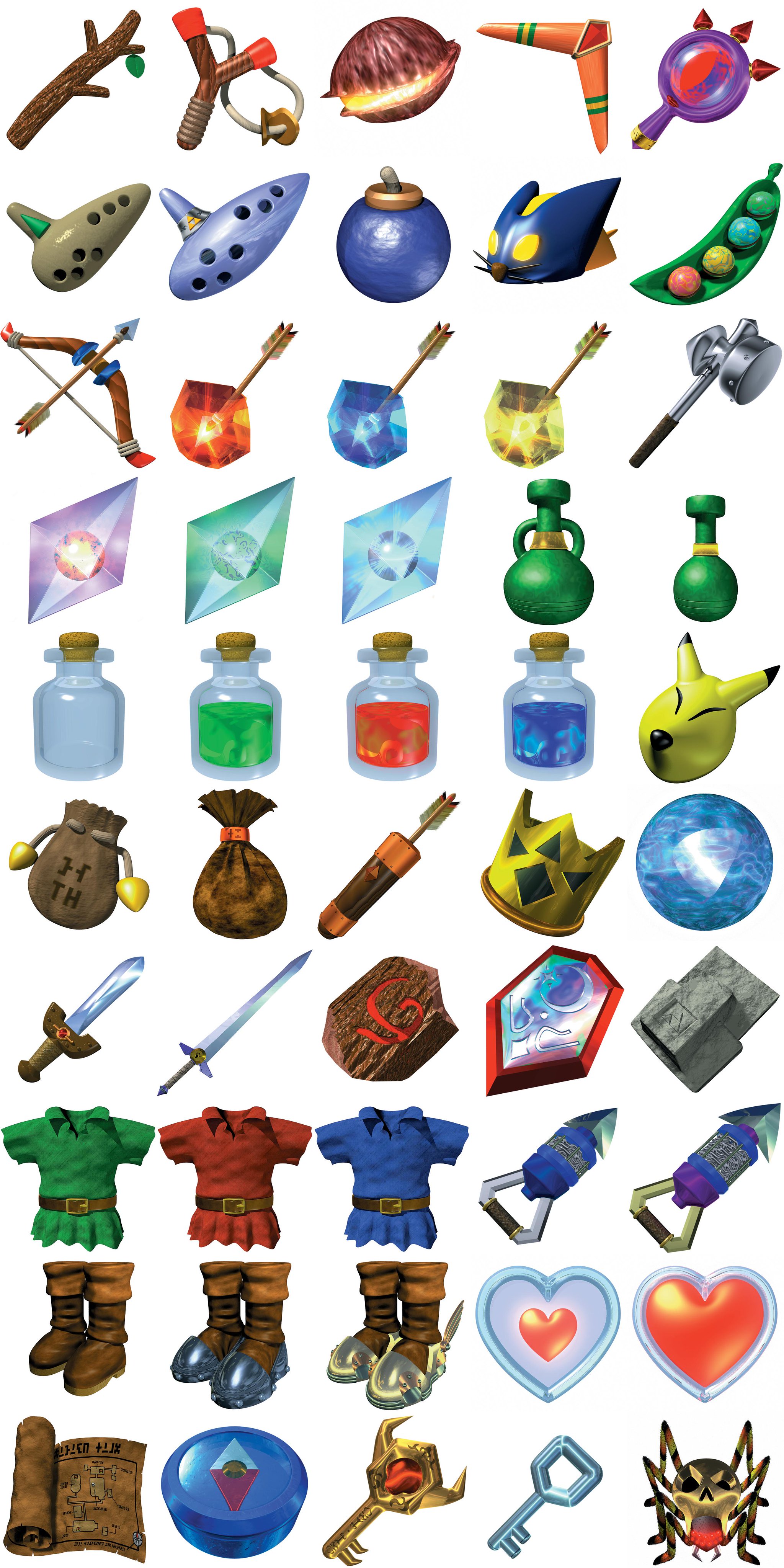 As for areas, many beta versions of Ocarina of Time’s iconic locations have been found, along with a few elements that were seemingly scrapped early in development.

Yesterday, we shared a prototype screenshot of what appeared to be an early version of Link’s home, the Kokiri Forest. That tweet has since become unavailable, but fortunately, footage of the area has been uploaded — and it’s huge!

Next, “micro-dungeons” containing just two-to-four rooms have been found, which are thought to be part of a potentially planned “boss rush” mode.

For the last 24 hours, we've made massive progress.
Yesterday, I found what I interpret as boss rush dungeon scenes in OoT's source. These scenes are micro-dungeons that have between 2-4 rooms, each ending with the boss chamber. Files have DD in their names, perhaps 64DD tests? pic.twitter.com/ecRPDw1qvi

Ocarina of Time’s spookiest places are also included, with early versions of the House of Skulltula and Bottom of the Well surfacing. The map of the latter location appears to be a copy of Majora’s Mask’s Beneath the Well mini-dungeon, leading to speculation that this area was originally planned for the cancelled Ura Zelda project and then re-purposed for Majora’s Mask.

Early versions of the spider houses and beneath the well/redead rooms from Majoras Mask are present in the DD files found by @SageOfMirrors and @xdanieldzd as well.

Likely meaning they were initially made for MasterQuest/DD URA EXPANSION but then used for MM later on. pic.twitter.com/6eGjtIjv0n

If, like me, you’re a sucker for N64-era pre-rendered backgrounds, you’re going to love this next one. Here is an early and expanded panoramic view of the Temple of Time, with a bigger footpath in place of the bodies of water from the final version.

Ocarina of Time isn’t the only Zelda game on Nintendo 64 to have had newly recovered, early-development content, as many old remnants from sequel Majora’s Mask have also been found.

In an old Iwata Asks interview, Director Eiji Aonuma confirmed that Majora’s Mask’s three-day time system was originally planned to take place over a course of seven days. The weeklong time period was ultimately scrapped due to concerns that it might overcomplicate the experience, but text graphics representing seven different days have been recently dug up, proving that at least some progress was made on the initial idea.

A beta map of North Clock Town isn’t too far from the final version, though a large, fenced-off area can be spotted.

Finally, an unused area was unveiled, thought to be a scrapped archery minigame in Great Bay.

With supposedly two terabytes of breached data still being examined across the internet, we wouldn’t be surprised if even more discoveries within the prototypes of Nintendo 64’s library are yet to follow. We’ll keep you updated as soon as more major findings surface.