X Drake the next DLC character for One Piece: Pirate Warriors 4

While the first trio of One Piece: Pirate Warriors 4 DLC characters focused on the Whole Cake Island Arc, the game’s fourth addition instead brings in a Supernova. “Red Flag” X Drake (the ‘X’ is read Diez) is a marine turned pirate who can turn into a dinosaur. This raises his stock exponentially, as this means you can now play a Musou game as an allosaurus pirate and that is Very Good. 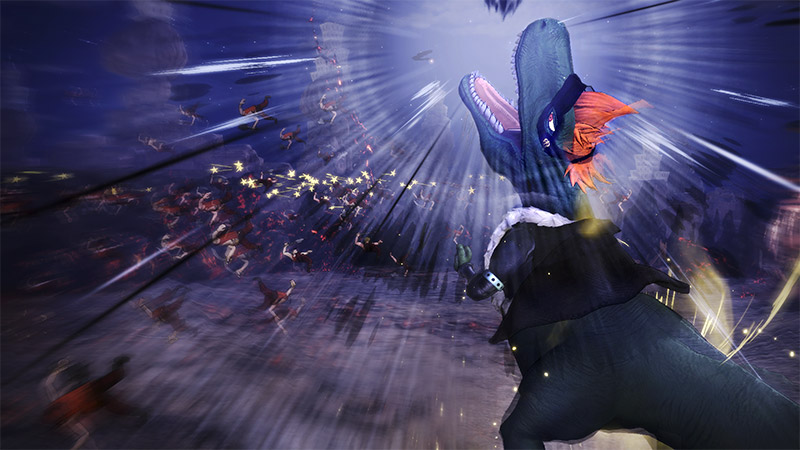 This is thanks to him having eaten an Ancient Zoan Devil Fruit, the Dragon-Dragon Fruit: Model Allosaurus. He also wields an axe with four heads, wears an eye patch (that is also a domino mask) that doesn’t cover his eye, and keeps his bright orange hair when he turns into a dinosaur.

No word of when he’ll be added or footage of him in action, but past him Pirate Warriors 4 is still expecting five more DLC characters in the future.