Nintendo of Europe starts the countdown to Paper Mario: The Origami King on Twitter 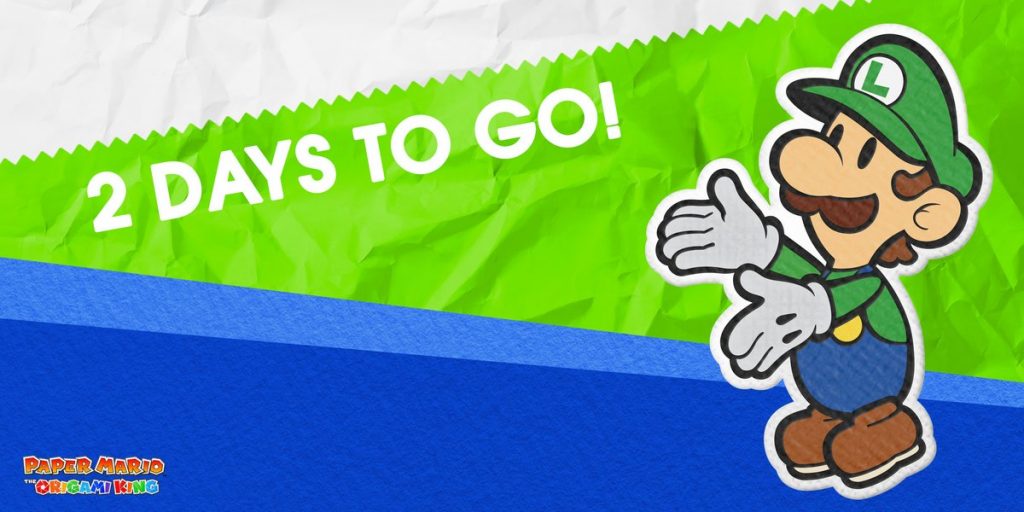 We can only assume tomorrow will feature his more illustrious (if less handsome) brother.

We’re mere days away from the release of Paper Mario: The Origami King on Nintendo Switch, and the official promo countdowns on Nintendo’s social media have begun in earnest. Starting on the 12th, Nintendo of Europe has been posting once-a-day notifiers as to just how many sleeps are left before we can get our hands on the next papercraft adventure:

There’ll undoubtedly be more art over the last few days before release (and the day of as well), so check back for updates as we count down to The Origami King’s arrival.