It’s been six months since Killer Queen Black’s last update and Liquid Bit and BumbleBear Games haven’t slowed down in fine-tuning the multiplayer action platformer. Released today, the Betelgeuse Update (Version 1.62) is full of game enhancements and fixes. The standout, besides the Custom Match feature being fine-tuned, is a new map. Welcome to the Nesting Flats — and prepare to fight and protect your hive.

“The Nesting Flats, a new level that separates weapon and power-up gates, encourages soldiers to cause trouble for Queens focusing solely on claiming weapon gates. The short snail track can lead to a quick victory, but berry-throwing pros can secure a rapid economic win unless met with strong defense. Steam achievements, new gameplay visuals, and a new party system make it even easier to play new content together.”

Below are the complete patch notes for the Nintendo Switch version of Killer Queen Black as found on Liquid Bit’s site: 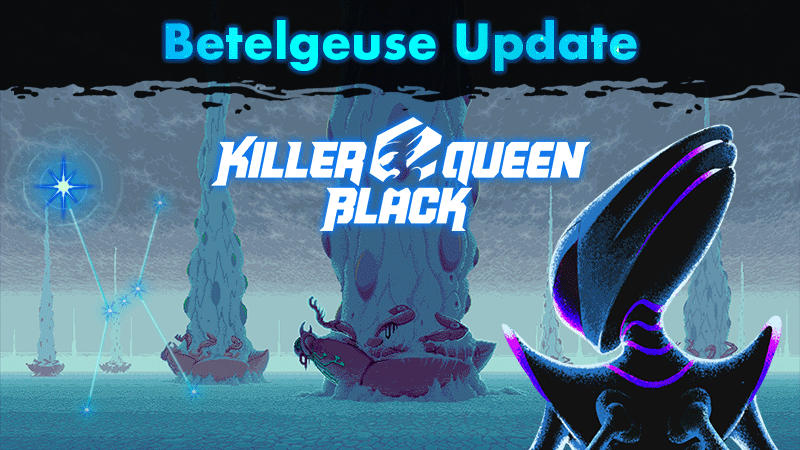 Berry throw-ins are now calculated in the following ways:

Killer Queen Black is available to download on the Nintendo eShop for $19.99, or you can purchase the game’s physical version at participating retailers, like Amazon.