It’s not every day you unearth a little Nintendo history, but thanks to the work of Mother Forever and Kody Nokolo we have the earliest interview (and a prototype logo) of Mother 3, from the July 1996 issue of Japanese magazine Dengeki Nintendo 64, scanned and translated. This interview is with none other than the late Satoru Iwata, whose involvement with the Mother series as a programmer and friendship with its creator Shigesato Itoi are well documented.

That level of respect comes up in the interview, as Iwata emphasizes that Itoi’s writing is the common thread of the entire series, emphasizing the depth of language and that they would not change that element. Some time and words are also devoted to how the game would subvert expectations, which (without spoiling the eventual final project) I’d say it managed to do.

Other elements that would remain in the final game were cited, such as EarthBound’s Porky having an important role in the game, the shift from the previous games’ more contemporary setting, and the use of multiple protagonists. 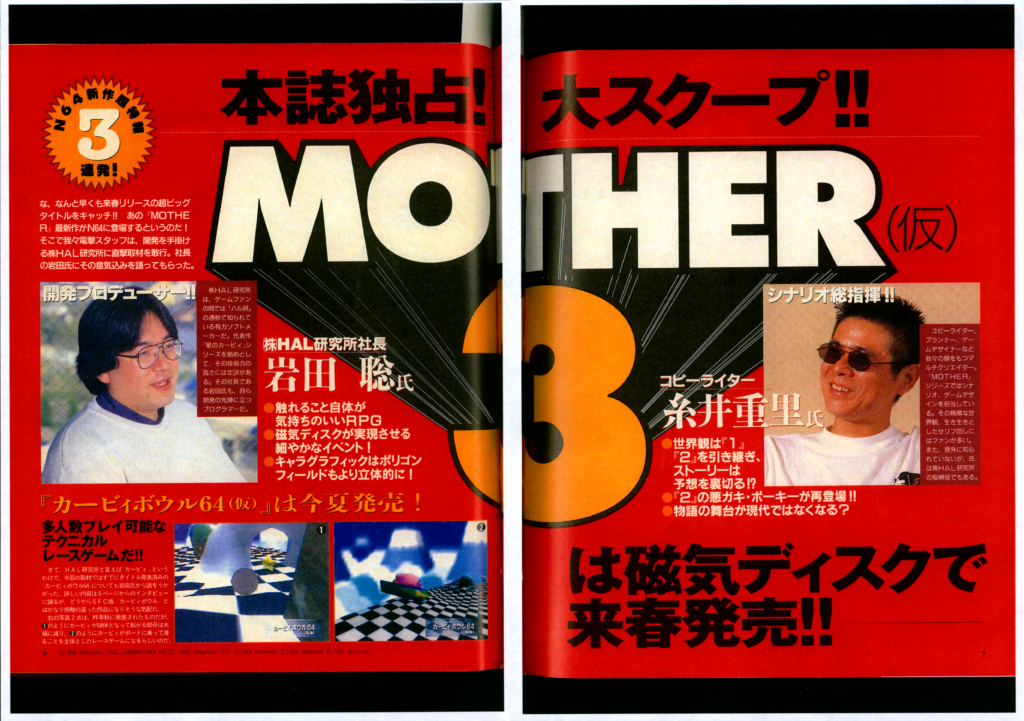 To reiterate, this interview dates back to at least 1996, which was when the game they were discussing was still EarthBound 64. As such, Iwata goes on to describe elements such as the overworld and battle controls being actively developed when the final release of Mother 3 on the Game Boy Advance featured controls that were highly reminiscent of EarthBound.

On a last, quick aside, another of the series Iwata became somewhat synonymous with is also mentioned in this interview – Kirby! At the time (the eventually canceled/reworked) Kirby Bowl 64 had been announced, and as such he briefly speaks on its graphical direction and controls that would never come to be.

Once again, thanks to Mother Forever and Kody Nokolo for finding, translating, and sharing this interview.