Arc System Works Asia has announced that the 2018 Square Enix JRPG Octopath Traveler will be headed to South Korea on July 23rd. The publisher revealed this information via a new Korean trailer, which you can see below.

In addition to the standard game, a limited edition was also revealed and will retail for 108,000 won. This version will feature goodies like an art book, storage box, character diorama, and title sheets, but if you pre-order either the standard or limited edition game, you’ll be treated with a nifty microfiber cleaning cloth. 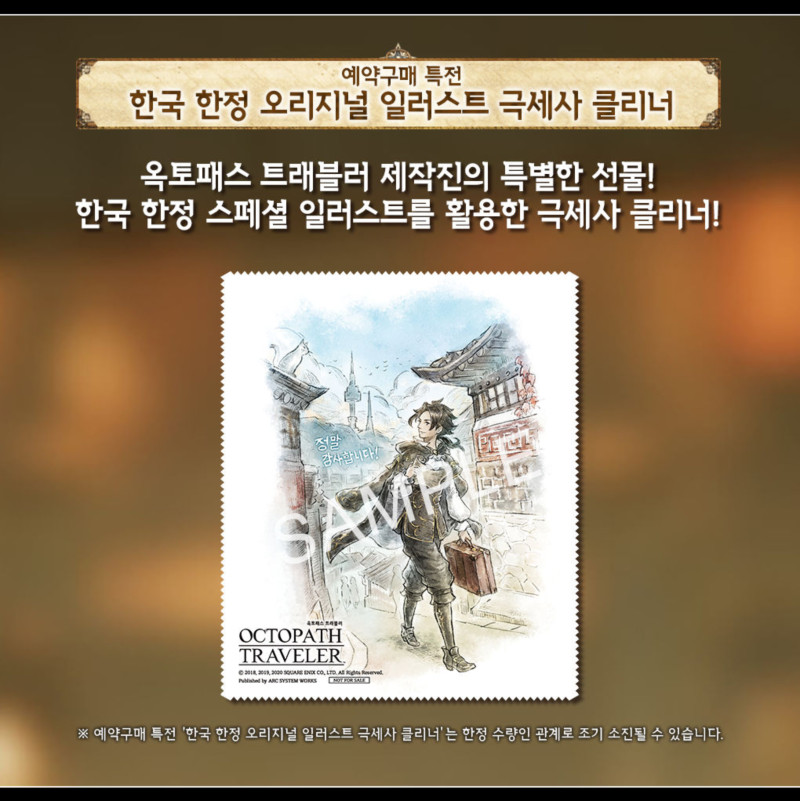