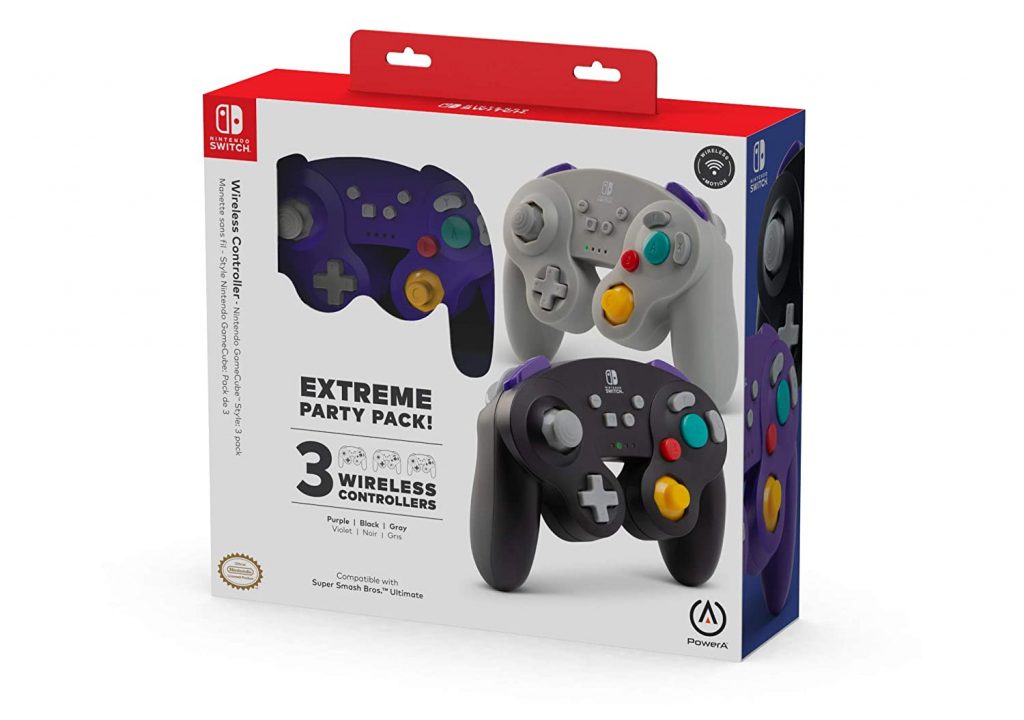 PowerA’s Nintendo Switch Pro Controller (GameCube style) has been available to purchase in wired and wireless versions. Now, starting July 1st, they’re making its easier for some co-op battling by bundling three wireless controllers together. Normally priced at $49.99 each, the “PowerA Extreme Party Pack!” gives you three wireless controllers for $119.99. Excluding the occasional sale on these accessories, this is going to be the best “for your convenience” pack when you’re hosting an onslaught of Super Smash Bros. Ultimate tournaments.

Currently, the bundle is available to pre-order via Amazon and will be released on July 1st.