It’s been a while since we’ve heard news on No More Heroes III, the long-awaited third (proper) installment in the series, but creator and mastermind Suda51 had a little tease this weekend. Begging followers to “Look at meee!” with a little help from Rick & Morty character Mr. Meeseeks, this glimpse was shared. 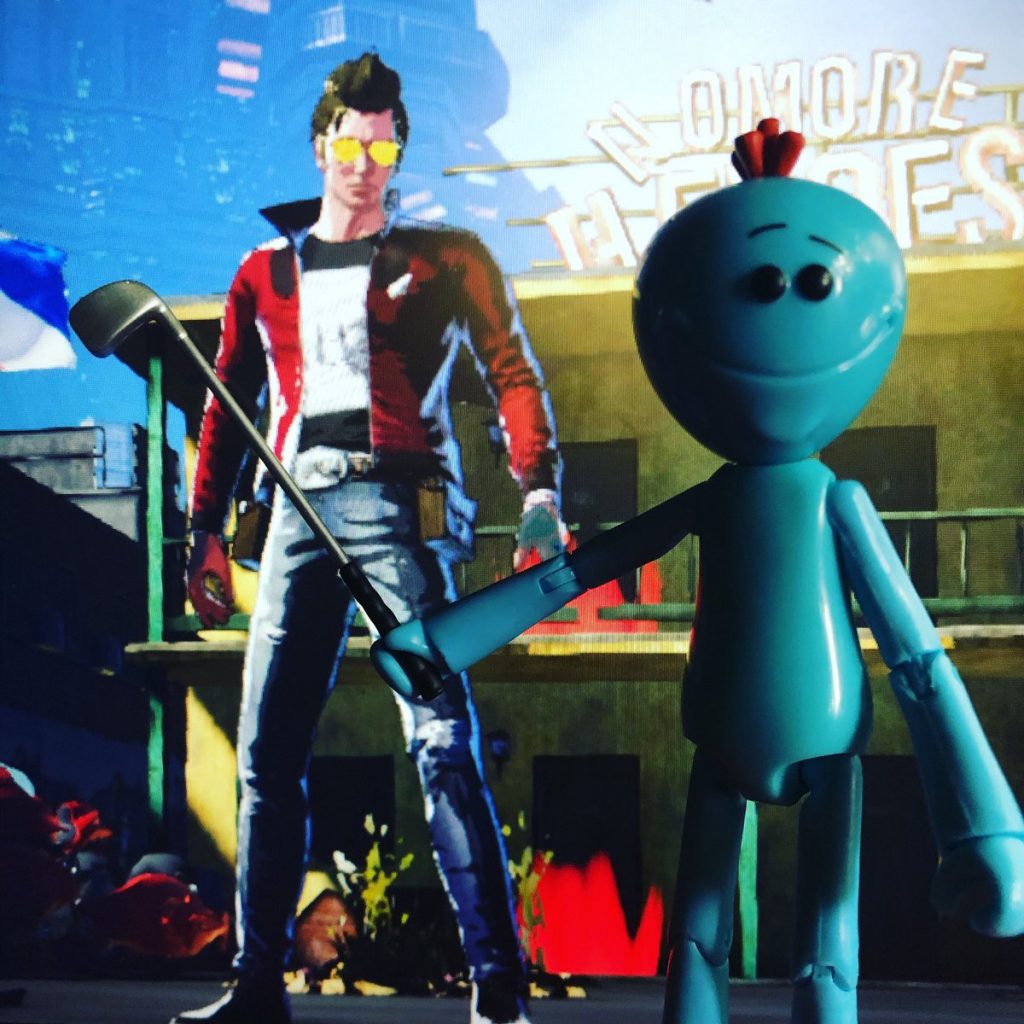 Featuring Tavis Touchdown in front of the Motel “NO MORE HEROES” with a giant, floating structure in the background sky. These massive crafts with pyramid features have appeared in both current No More Heroes III trailers. Though no other info was shared — the game is still slated for a 2020 release.