One Piece: Pirate Warriors 4 rounds out the Three Sweet Commanders with next DLC character

One Piece: Pirate Warriors 4 is already a robust game in terms of roster (though not without its notable omissions), and with nine planned DLC characters that number will only go higher. The second of these was fully revealed today and it’s Charlotte Cracker, an early but no less powerful adversary from the beginning of the Totto Land arc. With him, fellow DLC Charlotte Smoothie, and climactic base game enemy Charlotte Katakuri, that rounds out the entire group known as the Three Sweet Commanders. 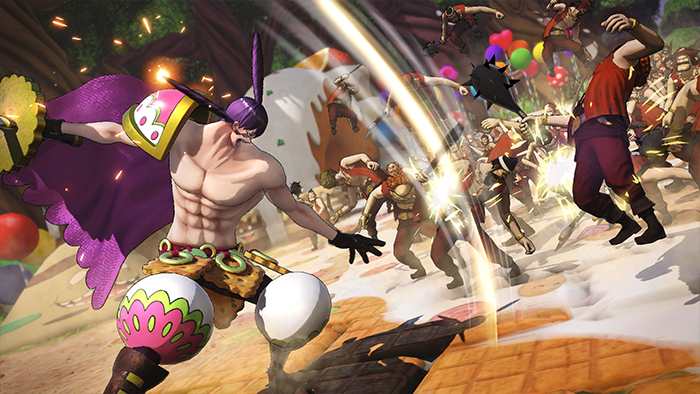 No release date for the two was provided, but it looks like he’ll be able to make use of his cookie themed Bis-Bis Powers and swordplay to the fullest. That includes his Biscuit Soldiers, and attacks from a weapon he decided to name Pretzel. All of that doesn’t sound like the template of a powerful fighter, but that’s One Piece for you.