Streets of Rage 4 recently released digitally and we loved it, but if you were holding off on grabbing a physical edition and the Limited Run Games version doesn’t speak to you, Signature Games has you covered.

Two versions of the game are available. There’s the standard edition which includes the base game, a keychain, artbook, and reversible cover. Then there’s the Signature Edition, which comes with even more goodies. These include pin badges based on the five main playable characters, an art card, the soundtrack, a collector’s certificate, a bandana, and, if you’re one of the first 500 to pre-order, a very limited coin. 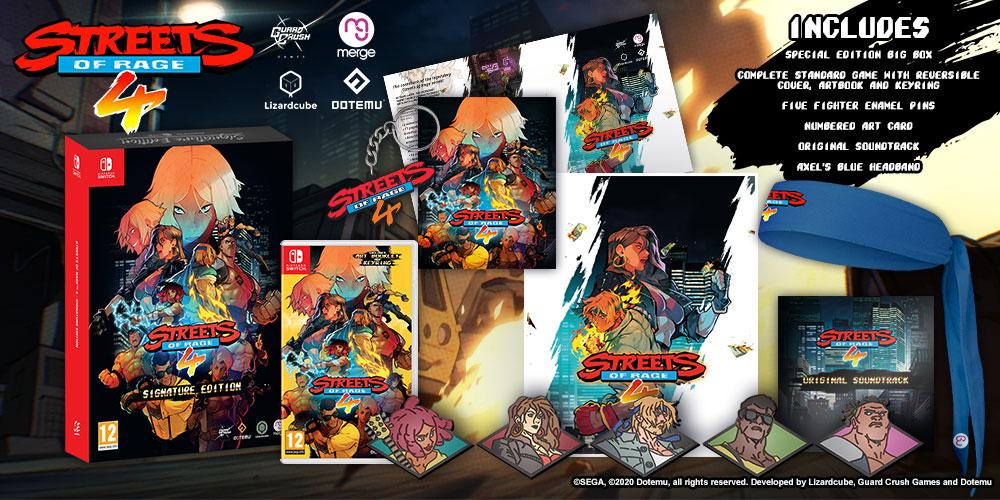 The standard edition costs £34.99 and the Signature Edition is slightly more expensive at £49.99. Worldwide shipping is also available.