Animal Crossing: New Horizons residents: chances are that you’ve watched, played, or read some of Gary Whitta’s work outside of his latest project. A writer and editor with credits ranging from Star Wars: Rogue One to Telltale’s The Walking Dead, he can now add “late night” talk show host to his resume.

Animal Talking with Gary Whitta is a late night-esque talk show that takes place in Animal Crossing: New Horizons with audio help via Discord all to be streamed online via Twitch. The COVID-19 pandemic has forced US talk shows to be filmed from home via Zoom or a professional camera rigging setup, so it isn’t a stretch to see Animal Crossing: New Horizons be used as another medium. You just need to accumulate millions of bells to fully upgrade your home and turn your basement into a TV set! 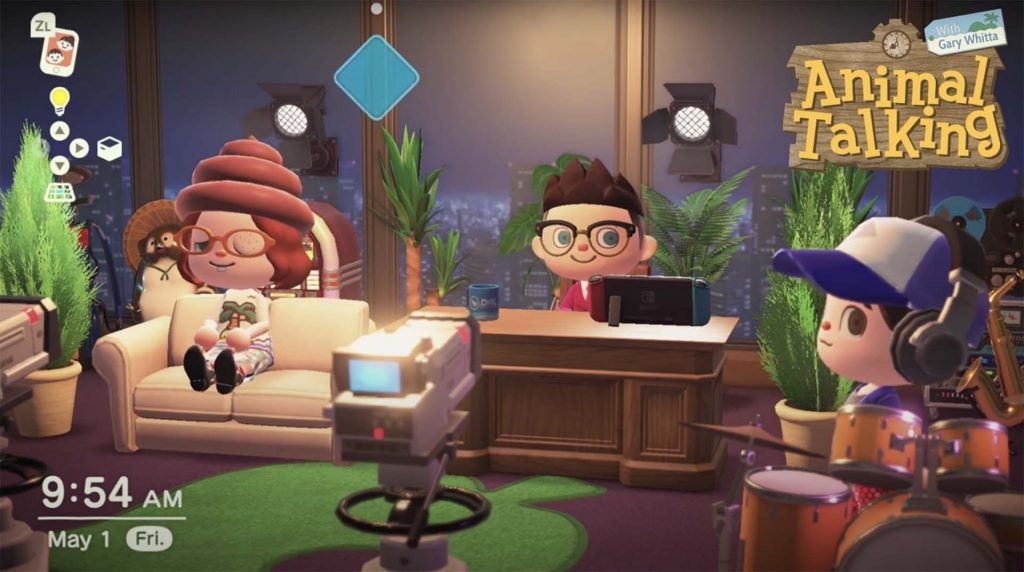 Starting out with a pilot, the show has grown immensely to taking the top spot in Animal Crossing: New Horizons streams and in Twitch’s overall Top 20 when it’s live. Thanks to Whitta’s work, he has connections upon connections to bring a variety of guests onto the show. Streamers, YouTube personalities, Prince of Persia creator Jordan Mechner, actress and geek-extraordinaire Felicia Day, and more have appeared so far on the show. Whitta has mentioned, too, that he’s booked guests for the next two weeks of episodes and announced the guests for Wednesday, May 6th’s stream.

What has Nintendo fans freaking out right now is that Whitta reached out to Reggie Fils-Aimé on Twitter about appearing on the show — and Reggie tweeted back:

Gary, DM me. Would love to learn more. https://t.co/btfVwVAK2q

Guests are announced only a few days ahead of streams, so we’ll have to wait and see if Reggie is visiting Whitta’s island anytime soon.

Whitta has also reached out to other notable people within the video game industry, as well as sowing the seeds to having an Animal Talking rival with Geoff Keighley (similar to Matt Damon and Jimmy Kimmel’s “feud”).

One person I can 100% guarantee will never be on #AnimalTalking is @geoffkeighley. Just awful.

To watch Animal Talking with Gary Whitta, you can tune in live on Whitta’s Twitch channel or catch up on the next day via uploads on YouTube.