Yes, yes, it is true. Thanks to the popularity of Nook Inc.’s Island Getaway package, the official Animal Crossing Twitter account for Japan has hit the coveted one million follower count. Since it wouldn’t be possible without Animal Crossing fans from all over the world, a thank you art piece was shared. 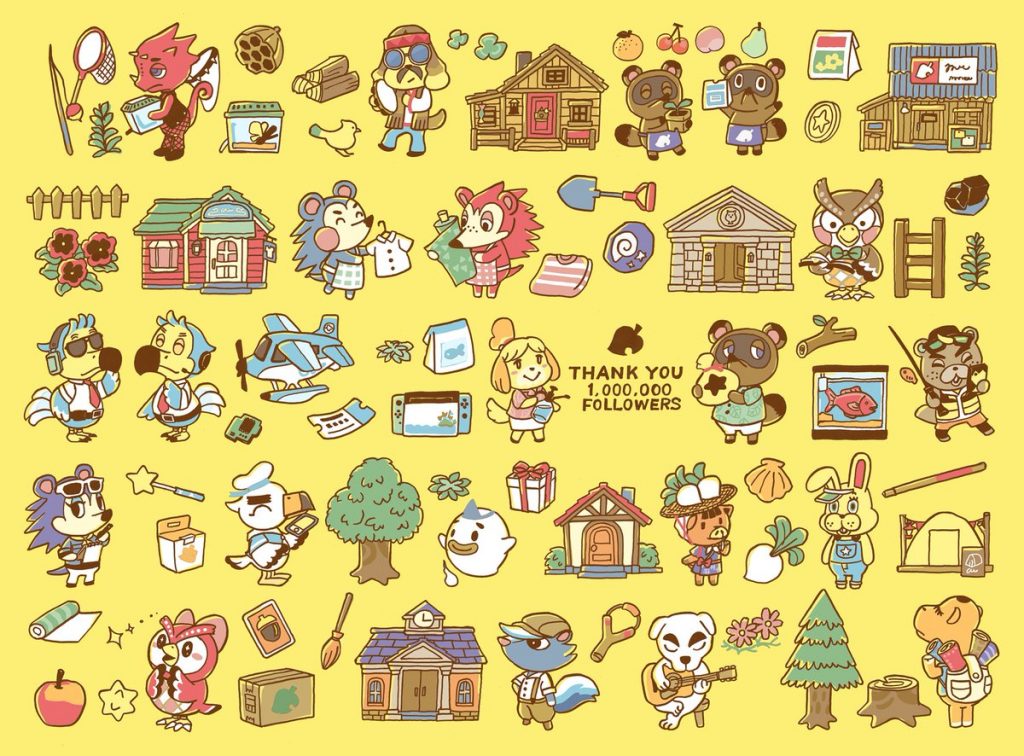 Featuring the current roster of NPCs that are available in Animal Crossing: New Horizons as of Version 1.1.4a (Hippity hoppity! You can’t escape from Zipper T. Bunny!), this cute drawing also doubles nicely as a wallpaper. The North American account for the Animal Crossing series isn’t at one million followers yet, but once that milestone is reached maybe we’ll see another “Thank you!” image released.