Pokémon as a franchise has had countless iterations and spinoffs over the years, tackling every manner of genre from “Pokémon photography” to “watch Pikachu watch TV” — but Pokémon Mystery Dungeon series is special. Far from a novel idea or a shallow cash-in, it’s a series that constantly achieves greater than the sum of its parts, crafting games that stand on the same level as many mainline Pokémon entries — if not higher. Pokémon Mystery Dungeon: Explorers of Sky is quite possibly the best game the franchise has ever put out. And as its own sub-series it’s won a devoted legion of fans with its tight roguelike gameplay, rich and colorful worlds, and absolutely heartrending emotional beats.

So to see the franchise’s first entry — 2005’s Pokémon Mystery Dungeon Blue Rescue Team and Red Rescue Team — receive a fresh upgrade on Switch, almost 15 years after its original release, was a huge welcome, especially after Gen VII went without any PMD titles to its name. Revisiting Rescue Team after so long certainly reveals a number of kinks from the GBA/DS original, but it also showcases a number of fixes that improve upon the series’ design as a whole — and reminds us why this franchise is so valuable in the first place.

Rescue Team DX places you in the shoes of a Pokémon, who is chosen for you via personality quiz (though you can also pick separate of your result if you want, which is a very nice QoL change). Alongside a gung-ho partner Pokémon, the two of you set out to form a Rescue Team to save common Pokémon from a slew of mishaps and natural disasters, as you try and unravel the mysteries lurking behind all these catastrophes… 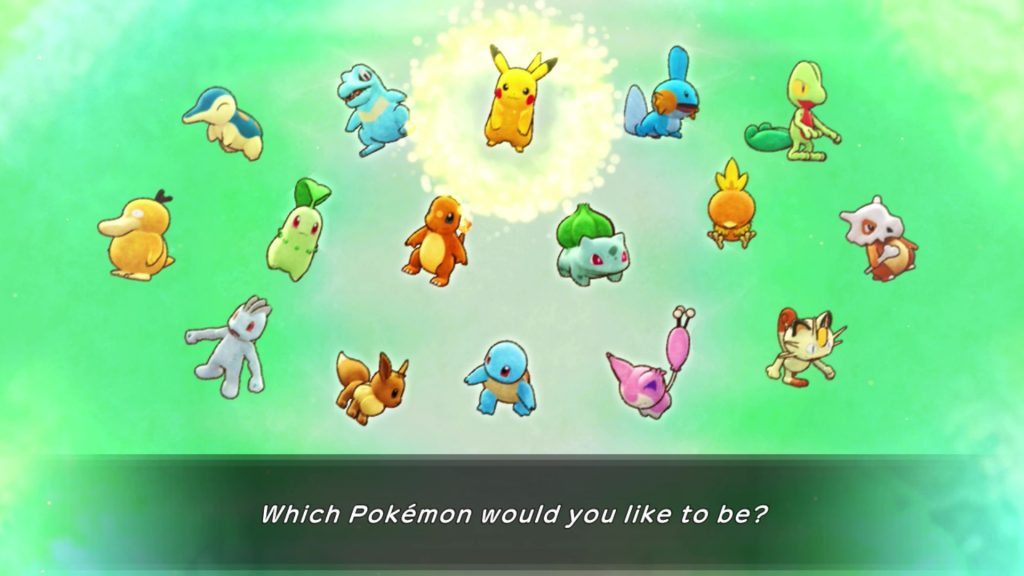 The first thing that jumps out about DX is the stylization. Unlike the last couple 3DS PMD entries, which went for a bright yet simple 3D look, DX sports a set of shaders that emulate the series classic 2D illustration style, which really makes the whole thing pop. From cross-hatched shadows to watercolor skin tones, it more than makes up for some of the charm lost from the jump to 3D. While the environments don’t reap quite the same level of benefit as the character models, it’s still by far the best looking 3D PMD game. Toss in a remastered soundtrack that was great to begin with and some surprisingly dynamic cutscenes interspersed with the story, and the game has rock-solid presentation all around.

More out of date than the original’s visuals were its gameplay systems, which at the time were strong but definitely a little overly complex. Fortunately, DX not only updates said mechanics to modern PMD standards, but iterates upon them further — the move level-up system returns, for example, and there are a slate of new improvements like easier team management. While you can only take three Pokémon into dungeons to begin with, you can now recruit entire legions as you go throughout, which creates a small satisfaction of building up an army. Changes to the Makuhita Dojo make level grinding easier than ever; the complicated IQ system has been replaced by the much simpler Rare Qualities (abilities that affect your entire team and encourage switching up your team comp); and best of all, you can now switch between party members on the fly, which makes both Belly management and tactical considerations far more interesting. 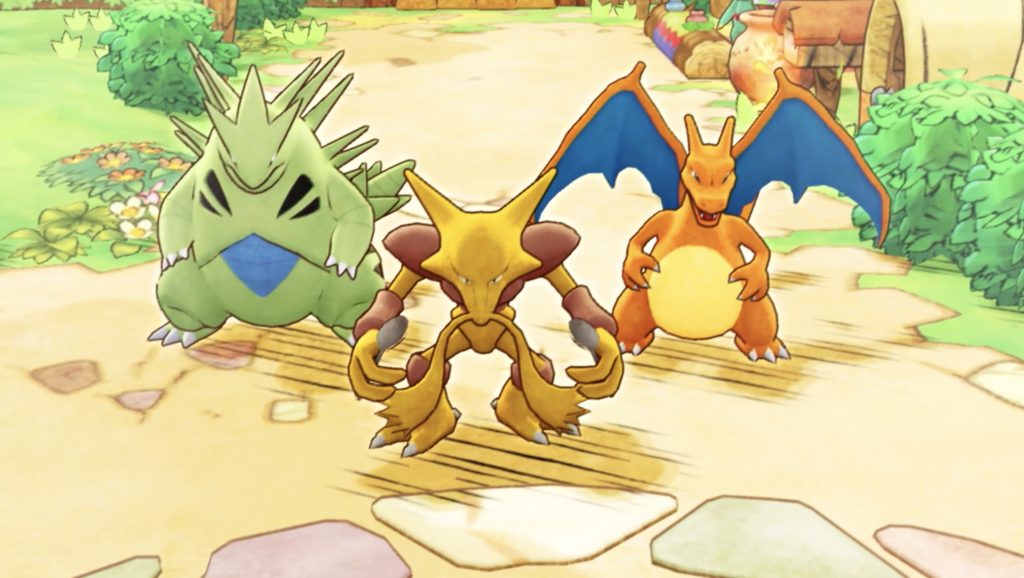 Not every mechanical change is a great one, even if the more lackluster tweaks are more neutral than outright detriments. Pressing A no longer has you do a flavorless, nameless attack, but auto-uses whatever move the game finds best in the current situation — those trying to be conservative with their moves may bellyache at this, but I actually find this change interesting as it requires you to manage your resources even more carefully. In a similar vein, seeing the Camps that team members stay at reduced to menus instead of the small areas they were in the original is disappointing, but you still get some nice background art for them and the simplification quickens management by a lot. Personally, I found nearly every change to be beneficial or positive in some way, and the game feels a lot more engaging for it.

Of course, I don’t play Mystery Dungeon primarily for the mechanics — I play it for the story. PMD narratives pride themselves on being tender, emotion-driven affairs with strong characters and tear-jerking climaxes. And Rescue Team’s original script is pretty much untouched with a few exceptions, leaving the original plot as it was… which does reveal some of its age. The story’s pacing, character development, and pathos — which were all exceptional for a Pokémon game at the time — fare a bit weaker in the face of what came afterwards. While still a narrative with plenty of great beats and “cry every time” moments, I was surprised by how much thinner the game’s plot ran than I remembered. It feels particularly lacking in memorable NPCs, especially when you compare it to the likes of the colorful guilds from PMD Explorers or Super Mystery Dungeon. And the overall plot isn’t particularly cohesive or put together in a sensible way. 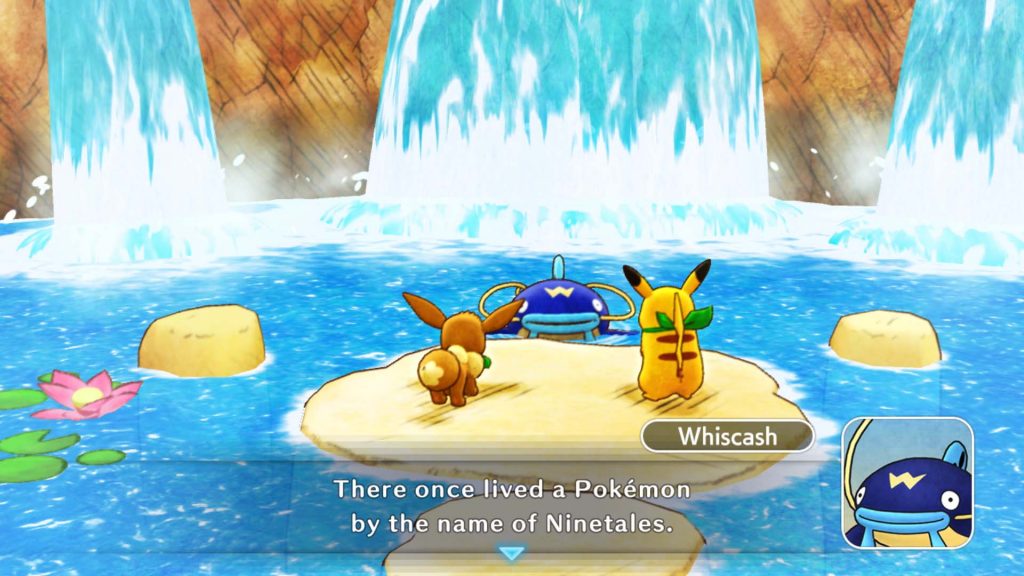 Speaking of pacing issues, those extend to the overall gameplay as well. While other PMD titles find a good balance between going out on missions and advancing the plot, this one has long stretches of doing one or the other, separating the game into what feel like large, mealy chunks. This is compounded by a somewhat wonky difficulty curve carried over from the original. (The beginning starts off quite gentle, but by the time you hit the last dungeon of the main story you’ll be burning through Reviver Seeds like nobody’s business.) In terms of overall game design, the warts have carried over from the past, though now they feel more prominent in the wake of improved sequels.

But even with that in mind, I would be lying if I said I didn’t adore Rescue Team DX’s story. Why? Well… besides the aforementioned strengths, there’s something I value greatly in PMD’s overall tone and storytelling. It’s a very… kind game, for lack of a better word. It remains unflinchingly optimistic and hopeful, no matter how dire the circumstance, and always has a way to move forward. It doesn’t shy away from having dark undertones or gloomy moments, but it always finds a way onward from the destitution. And in today’s climate, that’s the sort of attitude we could always use a shot or two of. 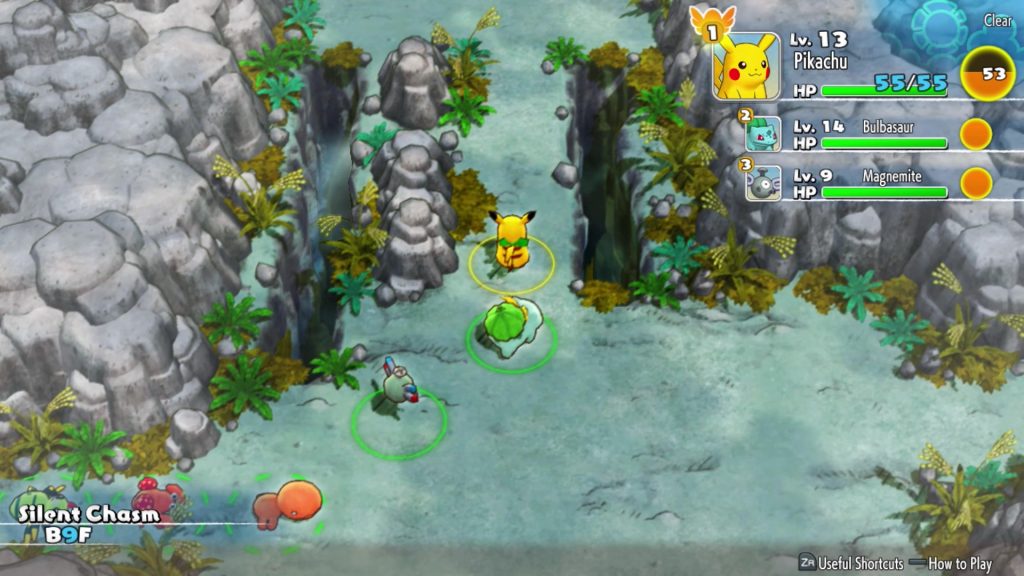 Pokémon Mystery Dungeon: Rescue Team DX ultimately strikes an interesting balance as a remake, changing all the details and improving on the small QoL things to an impeccable degree while also not changing any of the original’s core — thus retaining a lot of the original flaws that would require a more significant overhaul to remove. Whether or not that faithfulness makes it a better game is up for debate, but there is something charming about seeing where the series began so long ago.

Much like the original Rescue Team, DX feels a bit like a test run — a time when Spike Chunsoft can play around with small tweaks as they get familiar with new hardware. This game is great as-is (bolstered by the typical ridiculously long and difficult postgame), but is most exciting when considering what entry could come next — whether it’s an all-new PMD title (please) or an Explorers remake (PLEASE.) Either way, DX is an absolutely worthy pick-up for any Poké-fanatic out there, whether it’s your first time venturing through a mystery dungeon or another trip down memory lane. 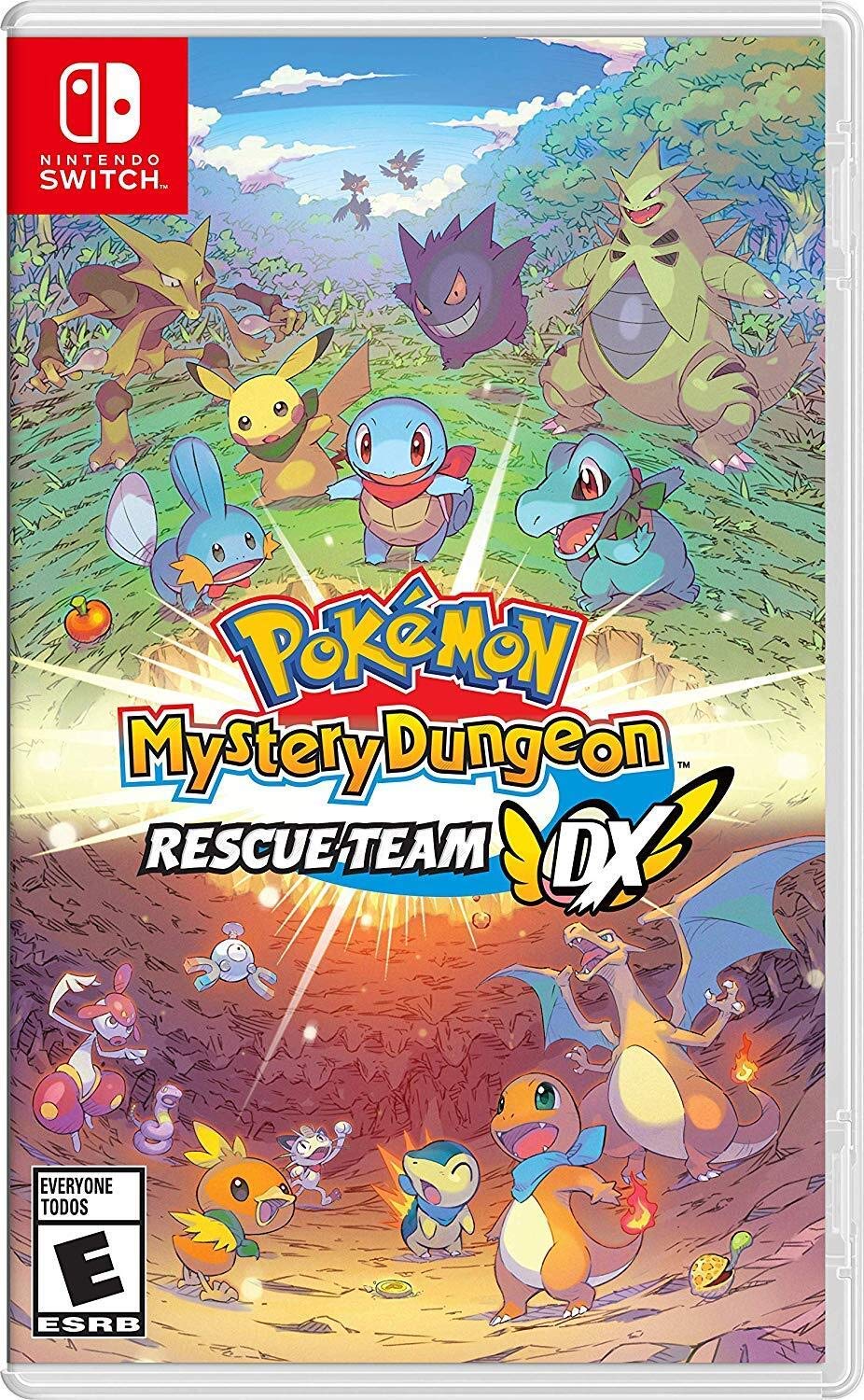