Japan is getting physical download cards for the Super Smash Bros. Ultimate Fighters Pass 2, releasing on March 23rd. These physical cards include codes for the game’s second wave of fighter DLC, and features a snazzy Smash invitation letter design. 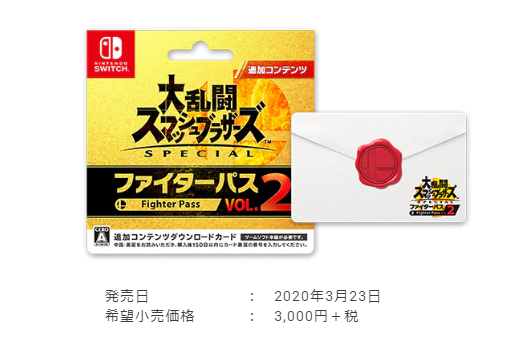 The release date may be suggestive or conspicuous, but in truth we have no idea whether we’ll get release news or not. March 23rd is roughly two months after Byleth’s release, and there have been DLC fighters released in that rough frame of time during the previous Fighters Pass, but we don’t know anything for certain. All we can do is speculate as the 23rd approaches to see if any news about the second wave of DLC becomes known.