Animal Crossing: New Horizons will be receiving a function to allow users to transfer users and save data to another Nintendo Switch console “later this year.”

The news comes from the official UK website for the game, which states that “[New Horizons] does not currently support the ability to transfer your save file from one Nintendo Switch console to another. However, a function specific to Animal Crossing: New Horizons to move users and save data to another console is planned for later this year.” 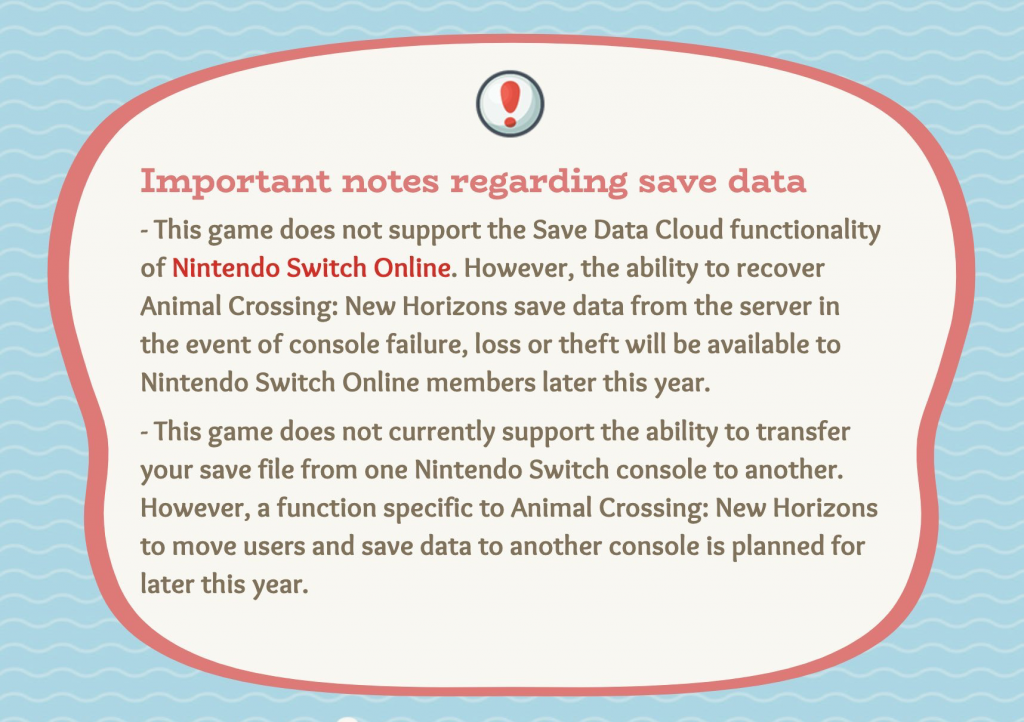 This comes alongside a notice repeating that the ability to use Save Data Cloud functionality through Nintendo Switch Online isn’t supported in the game, but an alternative service to be used in the event of console “failure, loss or theft” will be made available later this year, as well.