Animal Crossing: New Horizons players will only be able to recover save data once

Animal Crossing: New Horizons will not support Nintendo Switch Online Save Data Cloud backups, but Nintendo is working on an alternative method for restoring saves in the event of console failure, loss or theft that will launch later this year; however, it was revealed during this morning’s Direct that data can only be restored through this method once.

According to fine print shown during the last few minutes of the presentation, the service will only be available to Nintendo Switch Online members and can only be used one time. 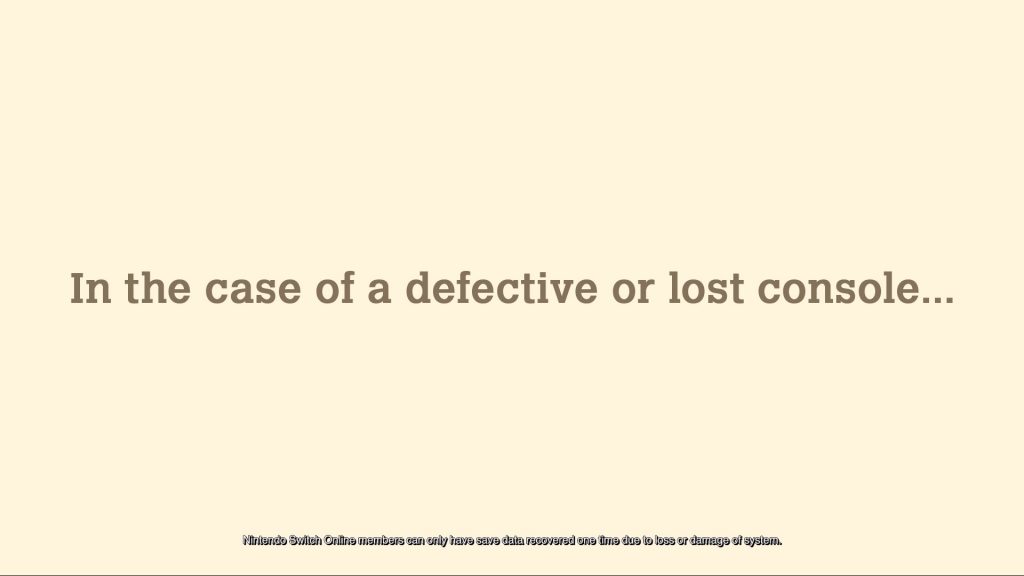 If your console gets damaged, stolen, or lost more than once, it appears that you’re out of luck: If you’ve already had your save data restored once, you’ll have to start all over again.