It’s been a long while since CoroCoro was at the forefront of teasing new Pokémon, so this latest tease is a blast from the past. In this month’s issue of the long-running Japanese magazine, a silhouette will be shown of the brand-new Mythical Pokémon that’s set to be fully revealed on Pokémon Day, February 27th.

As Serebii reports, the magazine has shown off a brief glimpse at the Pokémon in a livestream covering the new issue. Check it out: 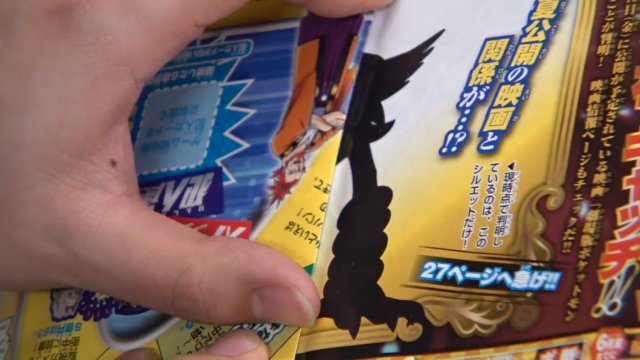 The new Mythical Pokémon will make an appearance in this year’s animated Pokémon movie, subtitled “Coco”, and will be added to Pokémon Sword & Shield at a later date.