It’s not hard to find solid, 2D Metroidvanias with unique visual styles these days, particularly on the eShop. Even with that prevalence, sometimes a game swings onto the scene with the right mixture of elements that get you hooked right from the start. I’m happy to report that after several hours with it, Kunai fits that description and then some. Not only does it check off multiple boxes on my own Metroidvania must-have list, it manages to stand out from the crowd with its appealing visuals and focus on a faster pace and fluidity of movement.

Kunai’s world is a desolate one, seeming to be almost exclusively inhabited by machines. Not much is explained in the earliest parts of the game, but this hands off approach suits the genre and enhances small discoveries across the map. You’ll be exploring it as Tabby, a sentient tablet freshly awoken at the start of the game and with seemingly limitless potential when it comes to ninja techniques and weaponry. Tabby may be silent but their expressive face/screen gives them plenty of personality at times, be it the catlike grin they adopt while crouching or the determined grit on display in more serious confrontations. 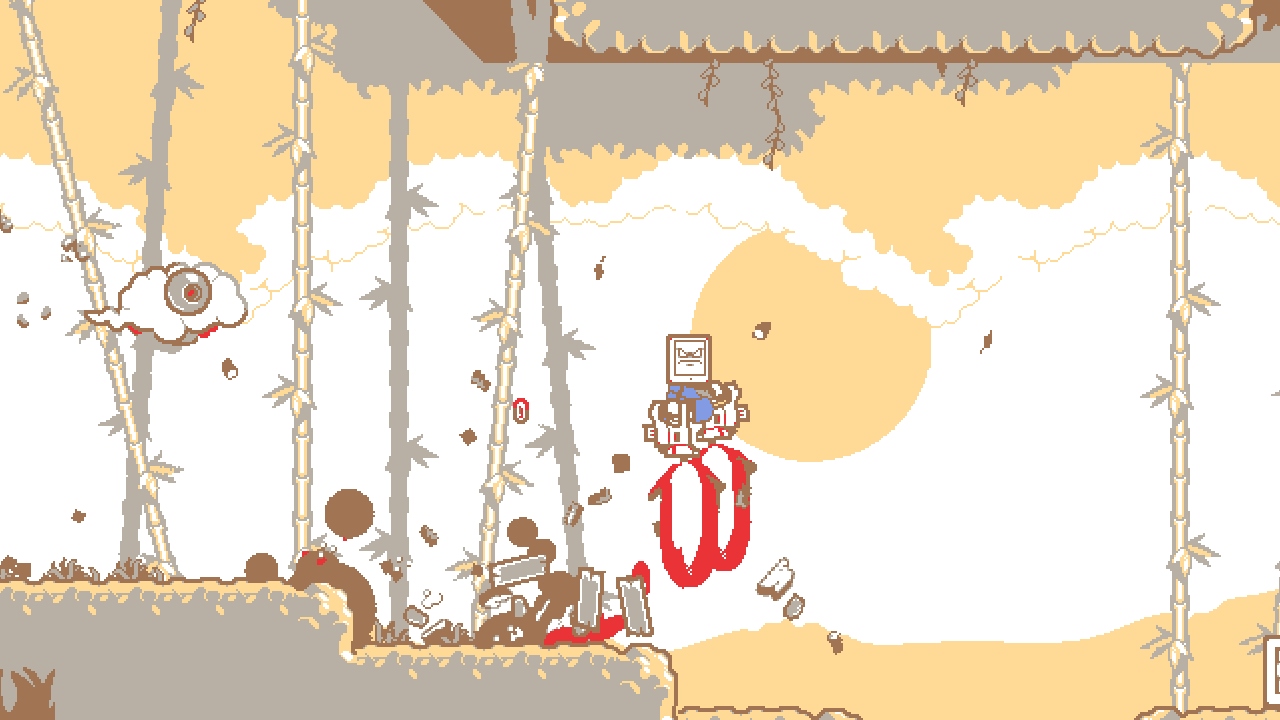 Characters you meet put Tabby on a pedestal, and with good reason if their gameplay is any indication. You gain a katana early on, letting you fend for yourself and deflect bullets, soon followed by the game’s namesake: a pair of kunai. It’s these that most define your exploration, functioning both as grappling hooks for vertical ascension as well as a means of propulsion and momentum. It takes some getting used to, but once you’ve got the alternating, Spider-Man-esque swing down the entire game becomes a playground. There are some surfaces you can’t embed your kunai in, gating progress or forcing you to fight on head against bosses, but these tethered knives elevate the game and seldom felt unintuitive to use.

They aren’t the only tools you aquire, with your loadout expanding to include a mix of ninja weapons and firearms. The SMGs in particular enhance your mobility by letting you hover with a downward burst of fire, letting you cross gaps you’re unable to swing or jump across, while also being a rapidfire attack option to mow down weaker enemies you’ll be encountering while traversing the maps with ease. Kunai understands that its fluidity is key, and thankfully screen layouts and enemy placement don’t impede that flow. There’s poetry in motion to Tabby swinging down a hallway via kunai, peppering oncoming enemies with bullets, and then finishing off the last bot standing with a katana slash – a frenetic free-verse that never got old.

Visually, Kunai goes for a minimal look that still manages to stand out. Sprite work is appealing and animated cutscenes manage to mesh with the game’s usual graphics. Backgrounds can occasionally run bland, though the changing color palettes for certain areas are nice. As backdrops to the action they get work done. It’s the use of color that’s most apparent though, with friendly NPCs and Tabby themself having blue accents while most things that can hurt you, from enemies to projectiles, go for red. The run of the mill enemies are fairly simplistic, but boss enemies are a treat for the eyes and reflexes both for how well they’re animated and the shift in difficulty they provide. 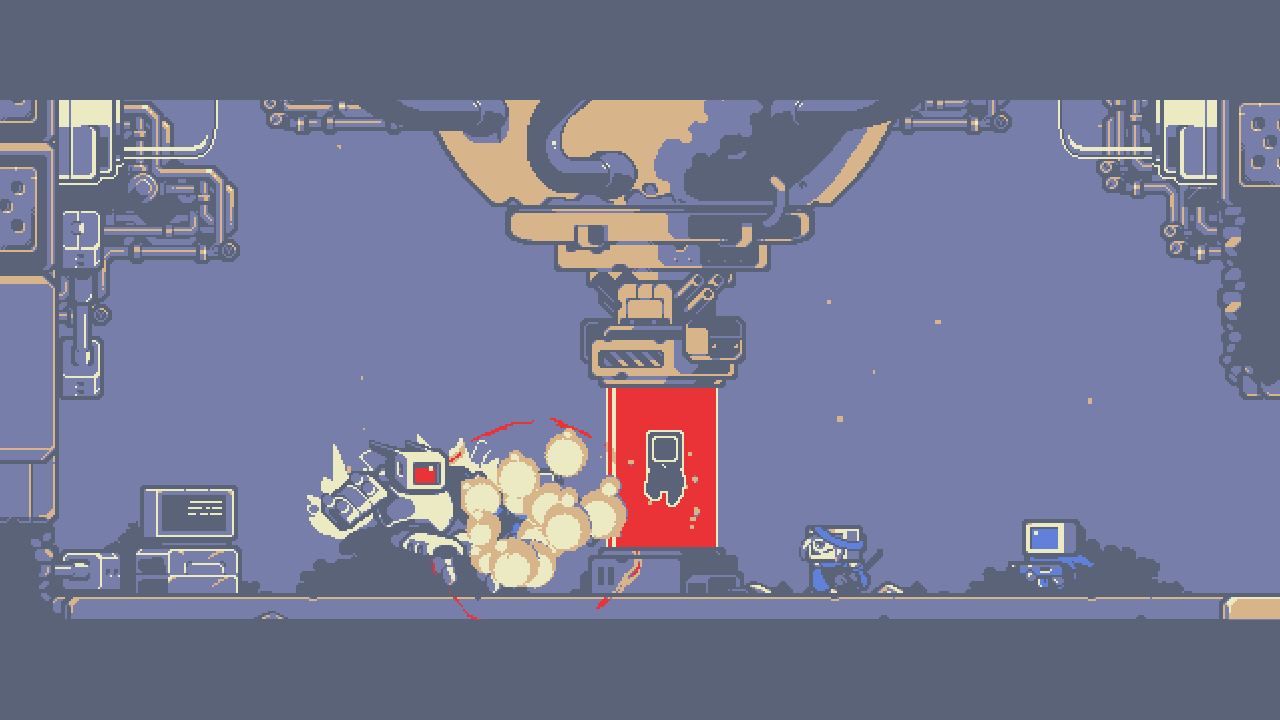 While playing I’ve come across some instances of clipping, particularly with an unlockable attack for the katana. This has put me through walls multiple times, necessitating a reset of the game that (depending on when I last saved) could be a minor inconvenience to a complete setback. I’ve been told this is something the dev team is aware of and will be patching soon, and other than a couple other minor glitches (getting launched unexpectedly after getting hit, slowdown from performing an action while also being hit by explosion attacks) the game has been a trigger-happy joy.

Along with those technical hiccups, my only real issues here are that the game doesn’t give the impression of being dense. All the Metroidvanias I’ve loved have had a sense of there being secrets potentially anywhere, daring you to check every last inch of mapspace. While I’m combing through Kunai’s map as thoroughly as I can out of personal interest, and being rewarded for it, these finds have been few and far between and don’t feel particularly worth discovering. New cosmetic hats and health upgrades are nice, but they and their hiding spaces don’t have that sense of discovery to them that dares you to dig deeper. That could be somewhat intentional, to accommodate the already praised movement mechanics, but it’s still a shame. Together this all makes Kunai feel like a brisk affair, albeit an entertaining one that holds your attention thoroughly.

Kunai is available on the Switch eShop and PC today for $16.99.