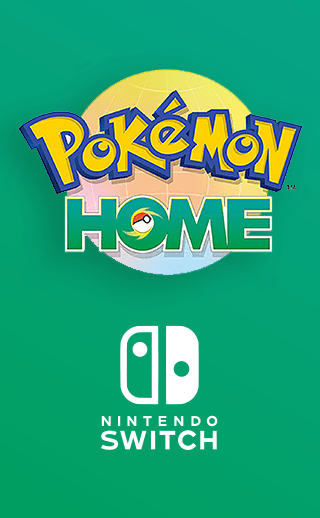 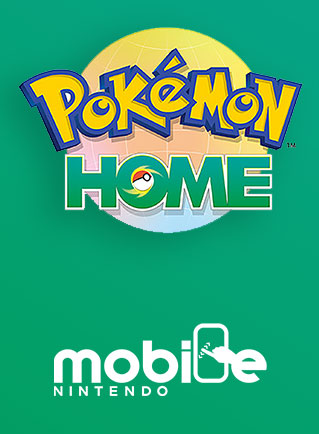 Details about the upcoming Pokémon cloud service Pokémon Home have arrived thanks to an update to the official Home website.

Pokémon Home (stylized as HOME), will launch in February 2020 and will include both free and premium plans, as well as a version of the GTS (Global Trade Station) that has been a Pokémon game standard since Pokémon Diamond and Pearl in 2006.

Home’s free plan, called the “Basic Plan,” will allow players to store up to 30 Pokémon, use the GTS, send Pokémon to a “Wonder Box,” and participate in “Room Trades.”

The paid “Premium Plan,” meanwhile, will store up to 6,000 Pokémon, will allow transfers from Pokémon Bank to Home, and will also allow players to host and participate in Room Trades.

Premium Plan holders can also store 10 Pokémon in the “Wonder Box” at a time, plus hold three Pokémon in the GTS, participate in trades, and use the “Judge” function.

For those unsure of the difference between plans, here’s a chart:

Here’s a handy chart comparing the Nintendo Switch version and the mobile app, along with which features each supports:

Pokémon Home will support connectivity with Switch games like Pokémon Sword and Shield and Let’s Go: Pikachu! and Eevee! — at least on the Switch version of Home.

Both the Switch and mobile versions of Home will connect with Pokémon Bank for the Nintendo 3DS.

There are also “plans to support Pokémon GO in the future as well,” so it doesn’t sound like the game will be supported right away. 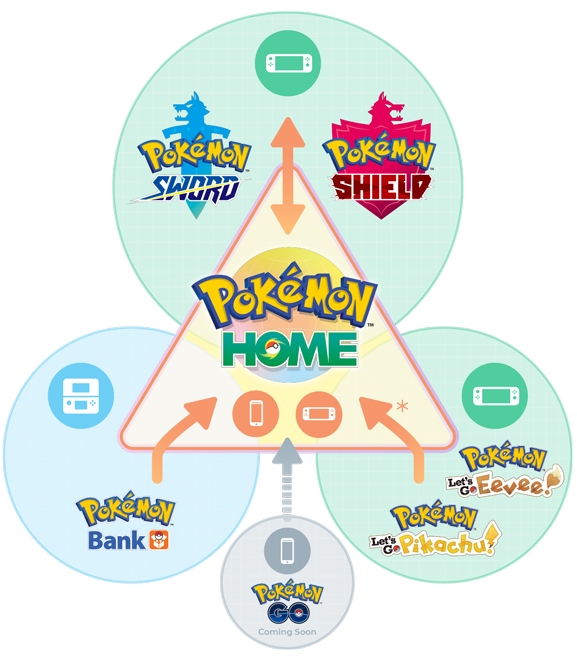 Owners of Let’s Go, Pikachu! and Eevee! will be able to transfer their Pokémon into Home or to Sword and Shield.

The official website notes that once a Pokémon from Let’s Go, Pikachu! or Let’s Go, Eevee! are moved to Pokémon Sword and Shield, it cannot be moved back; however, players can move Pokémon between the Let’s Go games.

Players that are enrolled in the Home Premium Plan will be able to move Pokémon from Pokémon Bank into Pokémon Home; this means you can carry over Pokémon from the 3DS Virtual Console games, X, Y, Sun, Moon, Black, White… Basically any Pokémon from a game that released or re-released in 2003 onward.

However, once a Pokémon is moved from Bank to Home, it cannot be moved back.

Free Pokémon Bank and Poké Transporter for one month

Pokémon Home is also offering Pokémon Bank and Poké Transporter (another application for the 3DS that allows transfers from Gen V and Gen I/II Virtual Console games to Bank) for free for a one-month period to commemorate the release of Home.

According to the website, there are four ways to trade Pokémon through Home, which will be done via the mobile app.

The first is the Wonder Box, which seems to function similar to Wonder Trades in Pokémon games.

By placing Pokémon in the Wonder Box, players can trade even without using Home.

The second is the GTS or Global Trade Station; here, players will be able to specify the exact Pokémon they’re after and then be matched with another player “whose requests meet your criteria.”

Players will even be able to request Pokémon not in their National Pokédex.

The third is Room Trade, which allows users to create rooms and trade Pokémon with the people who join.

Each room will be able to hold up to 20 people.

According to the website, users won’t know what Pokémon they’ll receive until after each trade has completed; this is done to “add a little suspense.”

The fourth and final method is Friend Trade, which allows users to trade Pokémon with people they’ve become friends with in the app.

Players can add friends using the “Add Friend” feature in the app.

Pokémon Home will also include the National Pokédex, which has been missing entirely from recent Pokémon games. 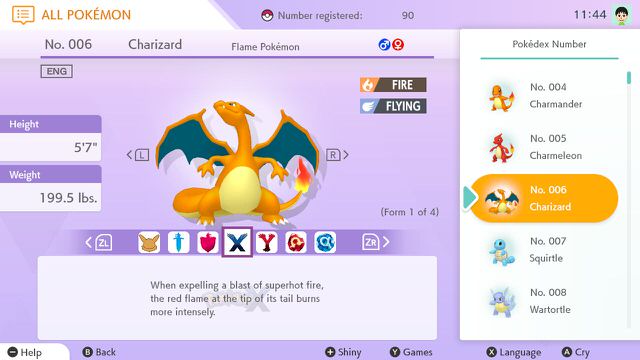 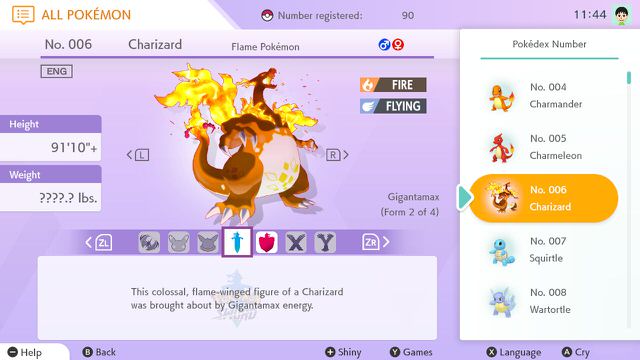 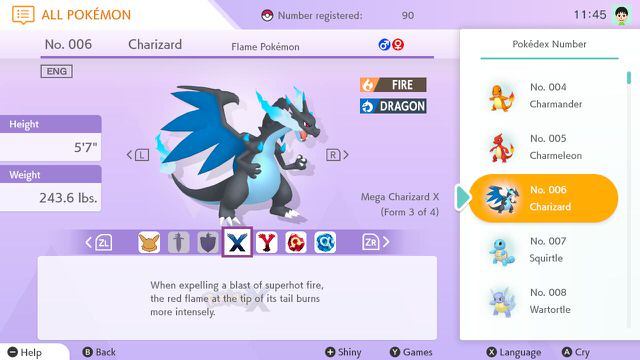 Home users can check across all games connected to the app to see their full National Dex completion status.

National Dex entries will include all different forms of each Pokémon, like Mega Evolutions and Gigantamax forms.

It will also display Pokédex entries from “various different games in one place”; from the screenshots above, we can see icons for Pokémon: Let’s Go, Pikachu!, Pokémon Sword, Pokémon Shield, Pokémon X, Pokémon Y, Pokémon Omega Ruby, and Pokémon Alpha Sapphire, with options to scroll to the left and right to potentially see even more game entries.

The mobile app version of Home will also allow users to see much more than just Pokédex entries; users will be able to search by a Pokémon’s Abilities and moves, too. 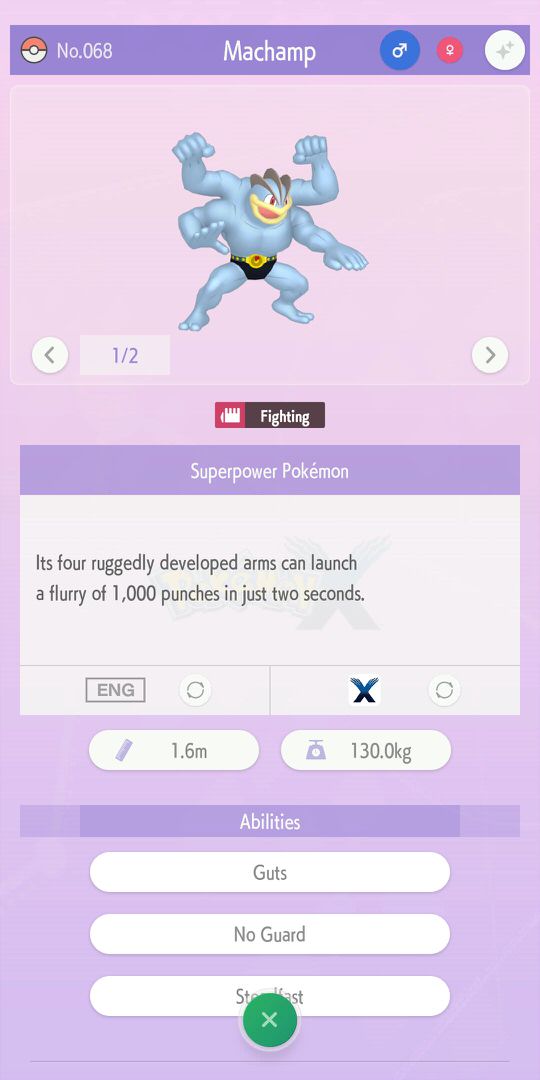 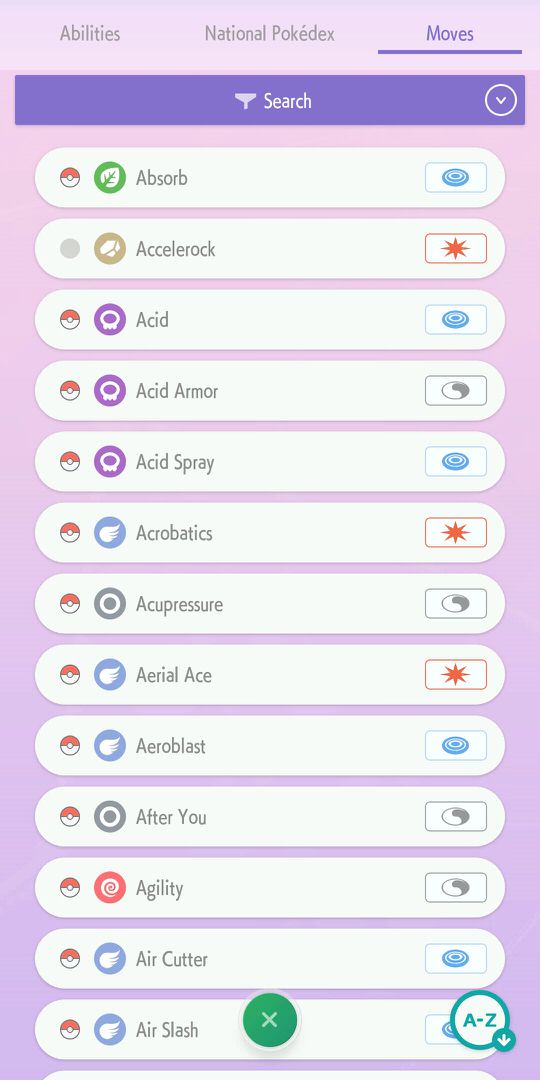 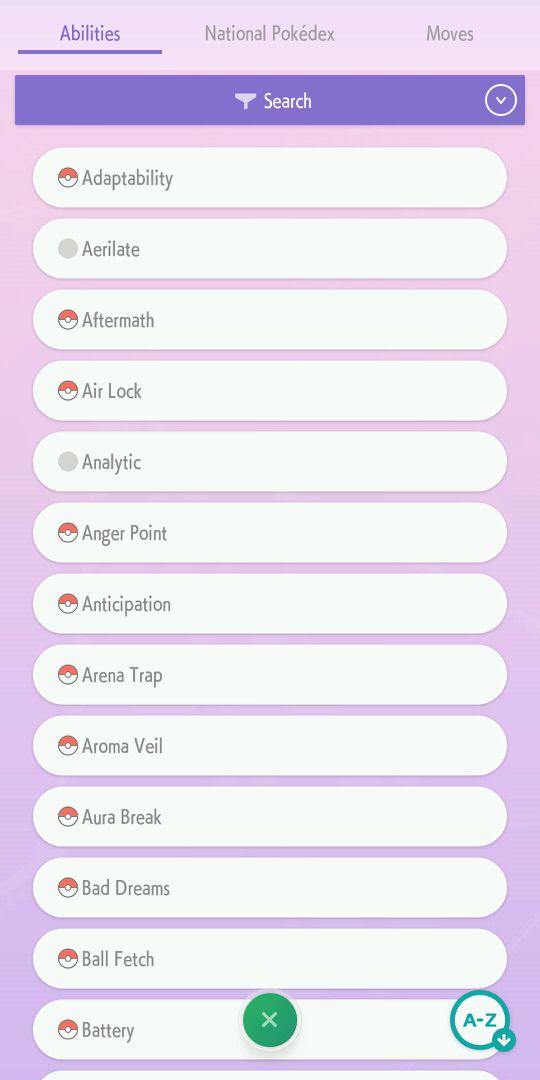 The site also states that users can get some gifts, like items for Pokémon, by receiving a code in Home and then using it in Sword or Shield.

Premium subscribers will have access to the Pokémon “Judge” function, which can check how strong your Pokémon are based on stats. 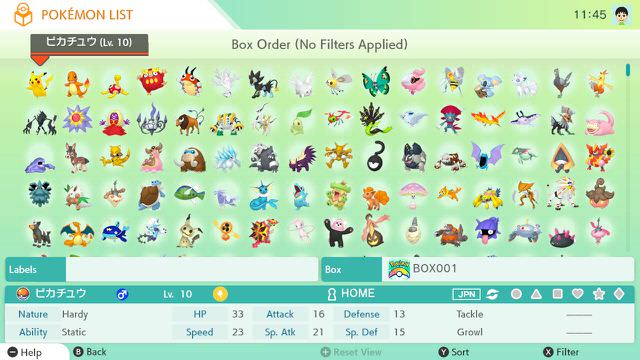 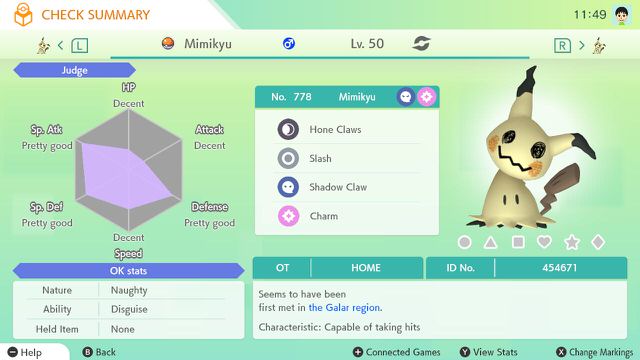 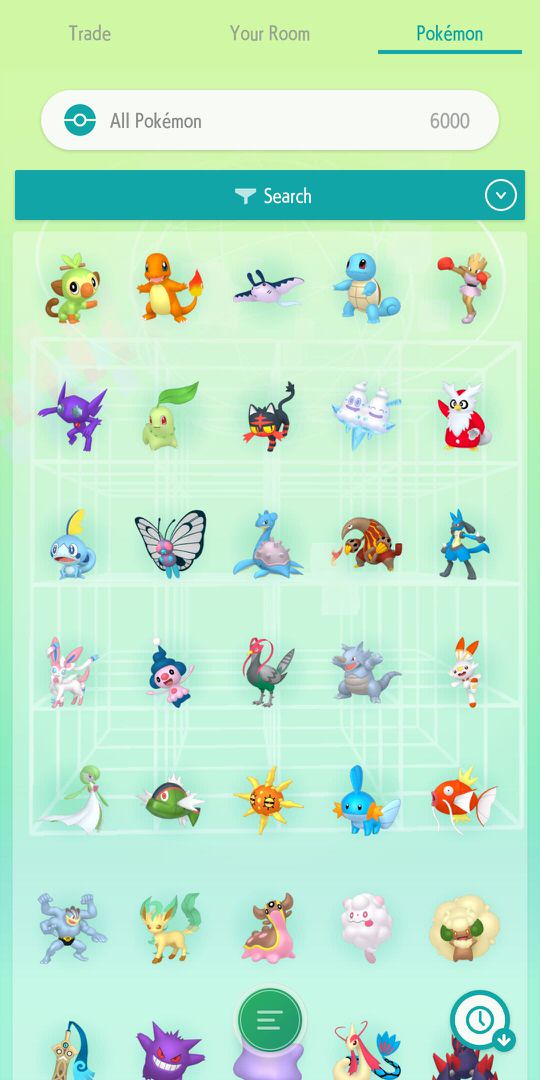 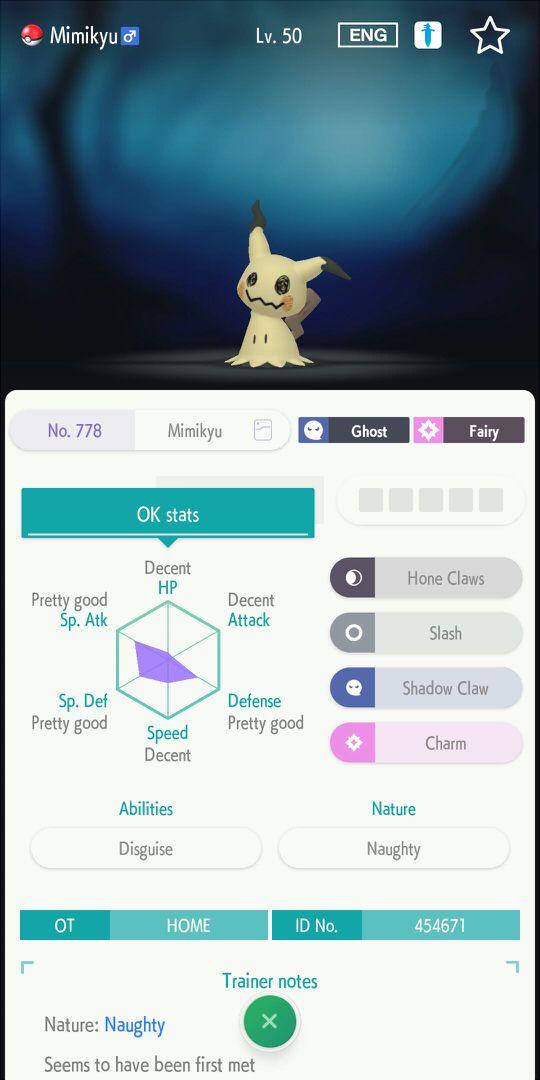 Another feature, called your “room,” will allow users to see “all sorts of information about events or the games you’ve connected to” Home.

Users will be able to edit their profiles using stickers, which can be received by meeting “certain conditions” or performing certain “tasks” in Home called “Challenges.” 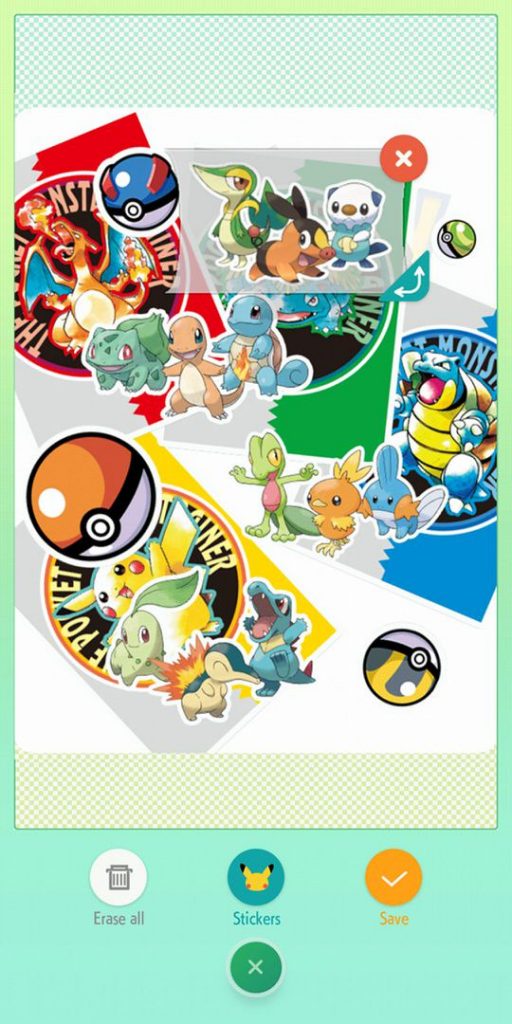 The mobile app version of Home will allow users to check Ranked Battles and Online Competitions in Pokémon Sword and Shield, plus the rankings of Pokémon participating.

Battle Data will also allow users to see battle records of every Trainer participarting, plus “information about what moves are popular among the Pokémon in the competitions.”

This feature isn’t expected to be available at launch; instead, it will arrive sometime after.

By depositing more and more Pokémon, users will earn “Home Points,” which will be able to be exchanged for BP in Pokémon Sword and Shield via the Switch version of Home. 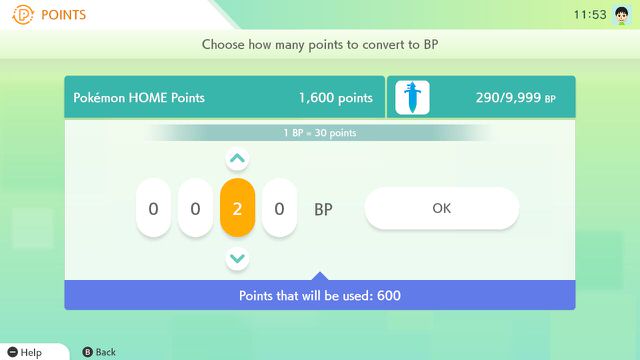 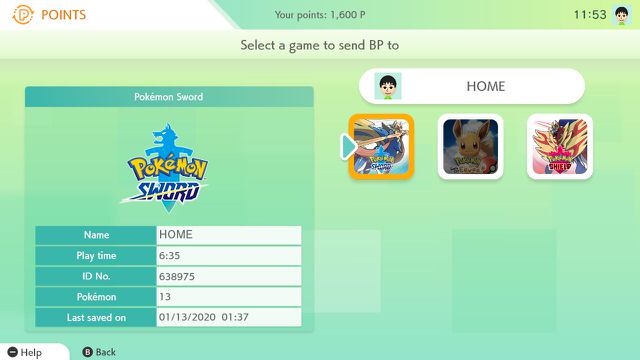 Finally, the mobile version of Home will allow users to receive news about any Pokémon being given out as gifts, plus Online Competition information for Sword and Shield.

What are your thoughts on what we know about Home? Will you be using either the free or Premium Plan? Let us know in the comments!