Fire Emblem isn’t the only series getting love in upcoming crossover RPG Tokyo Mirage Sessions #FE Encore, as it looks like the game will include a costume based on Persona 5’s Joker.

This detail was discovered by Twitter user @theprinceofiris, who found a screenshot on the back of the game’s box art via its listing on Amazon Japan.

Joker from Persona 5 appears to be Itsuki’s new collab costume in TMS ♯FE Encore, according to a new screenshot on the back of the Japanese box as it appears on Amazon JP https://t.co/I8xvVtbbh8 pic.twitter.com/OqoUN35jdc

When zooming in to the bottom right-most screenshot, one can see protagonist Itsuki Aoi dressed in a get-up very similar to Joker’s from Persona 5 — red gloves and everything. 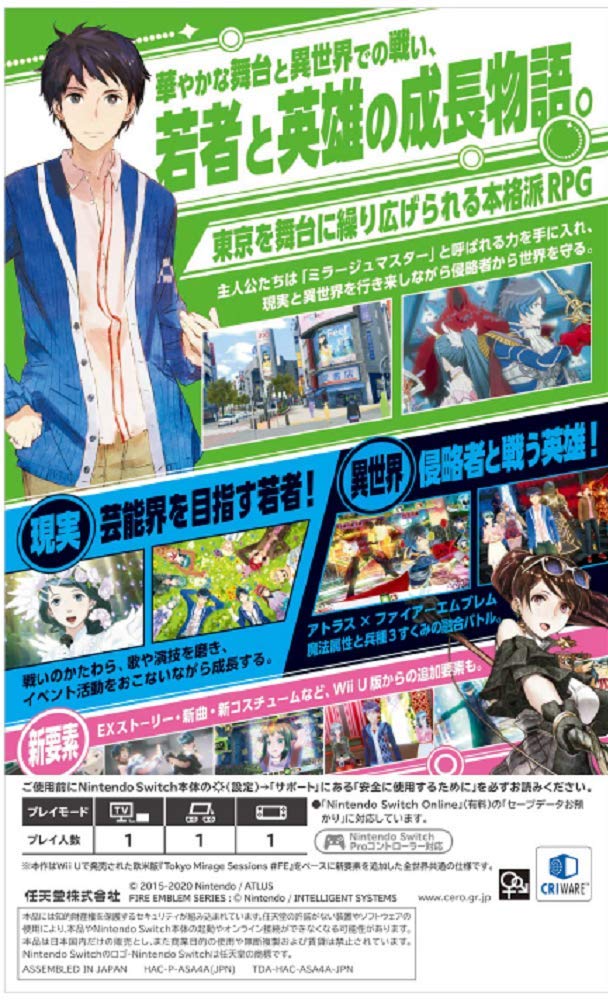 Joker is no stranger to Nintendo console games, appearing in last year’s Persona Q2: New Cinema Labyrinth for the Nintendo 3DS and as a playable DLC character in Super Smash Bros. Ultimate.

Soon, Nintendo Switch owners will be able to embark on their own Persona adventure with upcoming Musou RPG Persona 5 Scramble: The Phantom Strikers.

What do you think? Is this a Joker costume or something else entirely? Let us know in the comments!