We’ve seen plenty of updates come to the Switch’s firmware, regularly handling minor software bugs and adding icons and such, but today we’ve gotten word of something potentially more substantial. It’s been announced that for an hour on January 6th, all network services will be offline for “distribution of update data.”

What makes this notable is how ahead of schedule the announcement is coming, and that such a direct forewarning of update data has been made in the first place. Usually the pattern is a new feature might get announced (such as the Switch Online service) with the update coming shortly after. Instead, we have a more vague statement of an update, with no specifics. 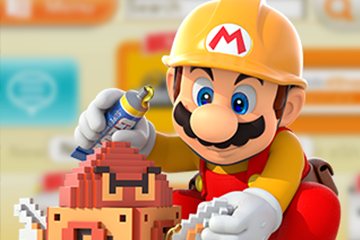 The matter of timing can simply be explained as being made ahead of New Year celebrations, or a new best practice for the company in giving players (who might be off for the holidays) extra forewarning. As far as content goes though, we can get a little more out there with speculation.

The prevailing theory (or at least want) is that additional themes may finally be coming to Switch via a firmware update. As-is, we only have fairly neutral light and dark options, maintaining the same icons across both. Whether it’s a little more color variety (perhaps themed to Joy-Con, or Switch Lite colorways) or game-centric themes and menu icons for Nintendo staples like Super Mario, Splatoon, or The Legend of Zelda (or Kirby, always Kirby), they’d be welcome.

It is possible this could be a simple cleanup for the sake of performance and stability, or just a few new profile icon options, but there’s no time like the New Year for a full refresh. It’s unlikely we’ll suddenly have N64 titles on Nintendo Switch, but even a simple streamlining or the addition of folders would be a boon.