Labo compatible Pokémon papercrafts to be available in Japanese magazine

If you just gotta have all things Labo and Pokémon, then do we have an obscure addition for you. It’s been announced that the March 2020 issue of a Japanese magazine aimed at kindergarteners will include papercraft versions of Pikachu, Eevee, and Bulbasaur as they appear in the free-to-play game Pokémon Quest.

These boxy buddies may be wearing expressions of absolute terror, but they’re fully compatible with Labo. By attaching Joy-Con to them and using features from the existing Toy-Con Variety Kit, you can control them like you would a cubist RC vehicle. 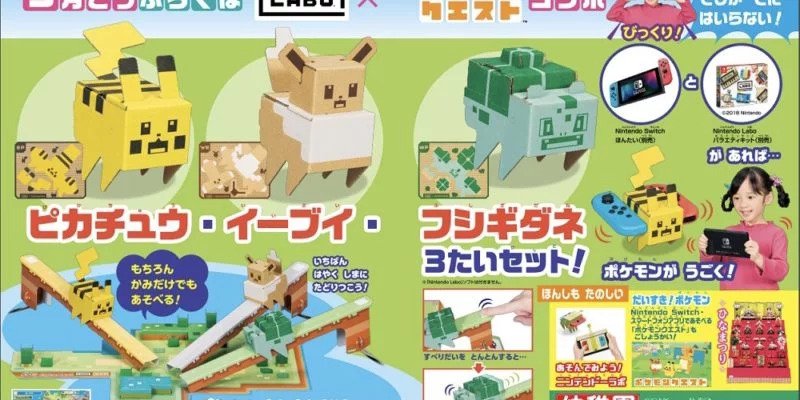 Those who pick up the issue of Yochien the crafts will feature in can also get some fun out of them without a Nintendo Switch — with the cutouts able to slide along a papercraft playset modeled after Pokémon Quest’s island environment. It’s a fun little extra for the youth of Japan, and a new goal for Labo completionists the world over.