The New Year is nearly upon us, and once January is here, the three month countdown for Animal Crossing: New Horizon’s release for Nintendo Switch will officially kick off. Needless to say, we’re expecting a whole bunch of themed products to hit retailers in the near future — mostly in Japan for sure, but it’s likely we’ll also get some cute things stateside… eventually.

That said, some of the first New Horizons merchandise is being hinted at in Japan already! 7-Eleven and Ito-Yokado stores throughout Japan will be hosting a special lottery — courtesy of Bandai Spirit Ichiban Kuji brand — themed to the new Animal Crossing title starting on March 21st. Entry is priced at 650 yen per ticket, and those who enter will have the chance to win the following prizes:

No photos of the merch are available at this time, but stay tuned, as we’ll make sure to update you with visuals as soon as they pop up online! 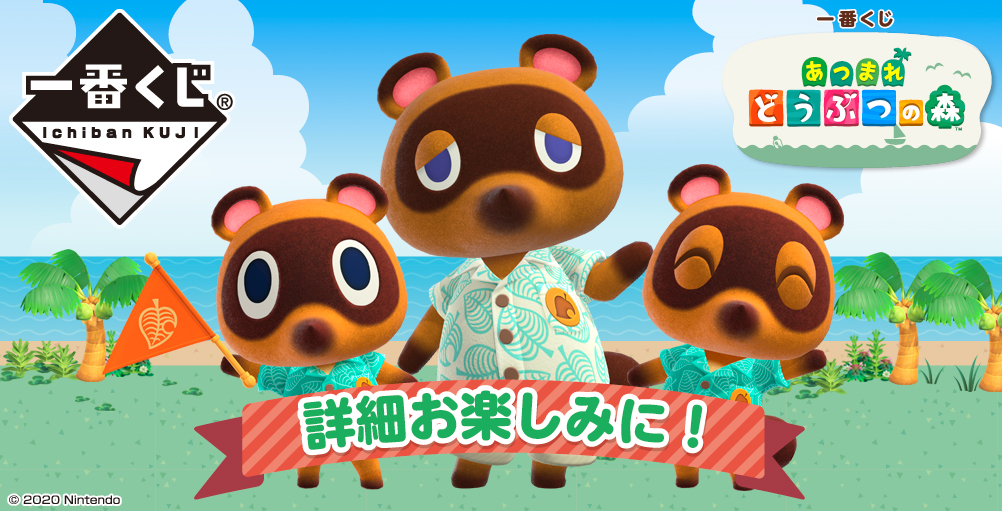 Thanks to Japanese Nintendo for all the information.