Back in 2007, Nintendo attempted to do the impossible. The world’s most beloved and respected game developer was releasing a fitness game…? With a big, bulky scale?! Well, as it turns out, that big bulky scale was actually one of the most innovative devices Nintendo had ever released — and that fitness game, for many (myself included), was actually a whole lot of fun. Wii Fit managed to do for me, and many people like me, what a traditional fitness program couldn’t do: it kept me motivated to stick with it for the long haul. Before Wii Fit, I would dabble with jogging or going to the gym, but I never really could keep myself on the wagon. Working out was a chore for me and little else.

But, Wii Fit managed to change all of that. It gave me a fun, visual representation of my progress, and it tracked my weight loss in a way that kept me motivated to push myself forward. I wanted to see that weight loss graph move down. I wanted the Wii Fit Trainer to give me praise on my progress. And eventually it worked. Because of Wii Fit, I managed to go from 210 pounds to 150 pounds. At 5’ 7”, I was able to work myself to a healthier weight. The game motivated me to try other exercises, to eat right, and to give my life and my health my all. To put it simply, Wii Fit changed my life for the better. 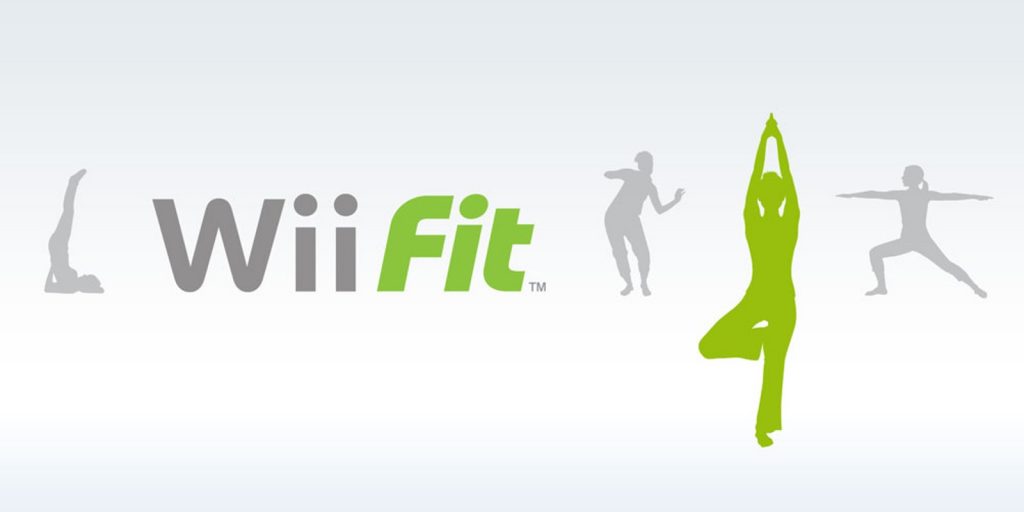 With all of that being said, I considered Wii Fit to be the gold standard of fitness games. Many, and I mean MANY, games attempted to do what Wii Fit did (EA Sports Active, Zumba Fitness, Gold Gym Dance Workout, Get Fit With Mel B, and the list goes on), but none could come close to capturing lightning in a bottle like Nintendo. So, when Nintendo announced that they were releasing Ring Fit Adventure, with its own big and bulky fitness accessory, I was 50% excited, and 50% skeptical. Was this going to fall on the Wii Fit side of the spectrum or join the endless pile of subpar fitness shovelware? Thankfully, as they always seem to do, Nintendo has managed to capture that lightning in a bottle yet again, and in many ways, they even exceeded the gold standard of Wii Fit.

Before we go into too much detail of the story and mechanics of Ring Fit Adventure, you need to understand the tech that drives it. 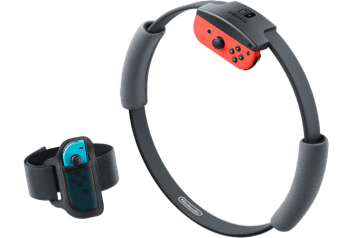 Like with Labo before it, Nintendo has somehow managed to take the built-in features of the Joy-Con controllers and use them in ways that I never dreamed possible. The Joy-Con attached to your leg keeps track of your running pace, squats, and various other leg and ab workouts; while the Joy-Con attached to the Ring-Con measures pushing, pulling, squeezing and other various motions of your upper body. I expected each of these devices to work fairly well, but I wasn’t prepared for just how accurate it would be.

The tracking on both the leg-strap and the Ring-Con are nothing short of magical. The leg-strap always seems to know just how deep I am into a squat and it never hesitated to tell me to go a bit further down. The same goes for the game’s multiple running stages. Each step I took in the real world translated flawlessly into the game. If I picked up my pace, my avatar would always follow suit.

Looks like Day 15 of Ring Fit is proving to be my most challenging yet. I’m determined to keep going though! Send me some motivational gifs please!! pic.twitter.com/k89eot0w4Z

Now, the real star of the show has to be the Ring-Con — a glorified resistance ring with a LOT potential uses. Simply attach a Joy-Con controller to the top of the ring, and you’re off to the races! The Ring-Con is made out of highly flexible material that pushes and pulls in almost any direction. It might look like a walk in the park to squeeze this ring over and over again, but let me assure you, this thing packs a massive punch. The Joy-Con attached to the Ring-Con can detect how much you are pushing or pulling on the ring as well as track orientation and movement. That means this one device works for strength training by pushing and pulling the ring, cardio training by measuring how quickly you move the ring up or down, and even yoga and balance training by measuring slight movements. So, more or less, these two devices combined, equal a robust and thorough workout.

Now that you have a better idea of how the tech behind the game works, let’s take a look at what makes Ring Fit Adventure so special.

I’m going on an adventure!

Ring Fit Adventure, simply put, is the most unique and fun way to get in shape that I’ve ever encountered. The story follows a sentient Ring whom teams up with a lone traveler to defeat a buff dragon named Dragaux in order to bring peace back to the land. (You know, that old story.) Along the way, you must run, squat, push, and pull your way through countless worlds littered with fitness themed enemies, including an evil yoga mat and bloated fitness balls. Like a traditional RPG, every enemy you defeat or stage you clear grants you with EXP that level up your avatar. Every level you gain rewards you with more strength, HP, and defense.

And how do you defeat these enemies, you ask? Through a WHOLE lot of working out, of course!

The Story Mode in Ring Fit Adventure is generally separated into two types of segments: running levels where players can jog through a virtual world full of items to collect and money to gather; and battle stages, where the player can take on a variety of enemies or bosses using the workouts you’ve learned throughout your adventure. 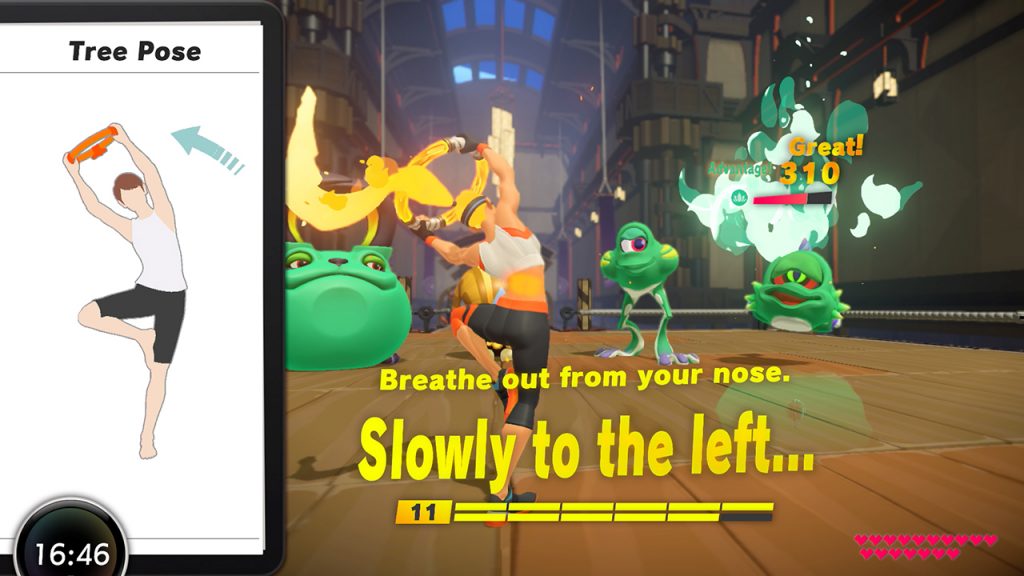 The running stages are generally a nice break from some of the more drawn out battles. Each stage tasked me with gathering ingredients to make stat-boosting smoothies, and collecting money to spend on new clothing, pants, and shoes. (Each of these clothing items acts as equipment would in a traditional RPG, boosting attack and defense.)  For the most part, you run in place, squeeze the Ring-Con to jump over obstacles, push the Ring-Con into your stomach to break rocks, and pull it to collect items scattered about. You will also encounter small groups of enemies along the way that you must defeat by performing a series of exercises — they’re typically pretty weak compared to the enemies you encounter in the dedicated battle stages. A few good sets are enough to clear them and finish the stage.

In these battle segments, each enemy you encounter is assigned a color, and each color corresponds to a particular type of workout. For example, if you encounter a red enemy, performing arm workouts do more damage, while yellow enemies are more vulnerable to ab based workouts. This forced me to try a wide variety of exercises, not necessarily the ones that were easiest for me to do. You cannot spam one type of workout and be successful in Ring Fit Adventure, and that’s one of the many reasons it’s so effective. It forced me to step outside of my comfort zone and strengthen areas of my body that needed it the most.

The more challenging sections in the game are the boss battles with Dragaux and his cronies. While a typical enemy usually takes one or two turns to defeat, the bosses can take upwards to 10 turns to take down. Depending on the difficulty you’re playing on, that can mean that each turn you take will require you to perform as many as 50 reps. These sections of the game are by far the most brutal, but also the most rewarding. After taking down a boss, I had a pretty large swell of pride and achievement. In most RPGs it feels pretty good to take down a massive enemy, but the physical toll Ring Fit puts on you takes that feeling to a whole new level. 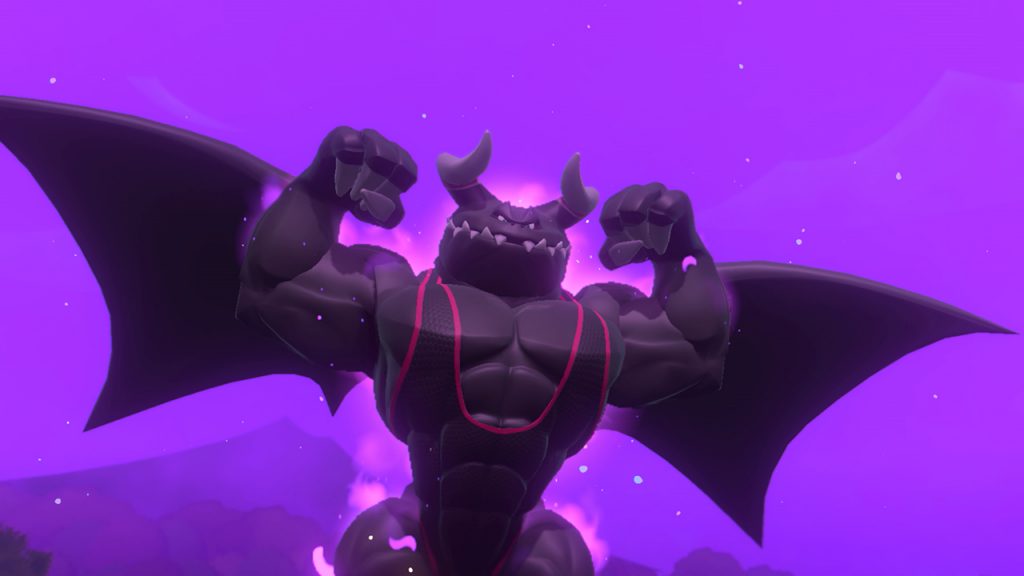 These boss segments are typically pretty fun at first, but I would have liked to see a wider variety of bosses to take down. Don’t get me wrong: I love my buff, dragon daddy as much as the next guy, but battling him over and over again got a bit repetitive as I progressed through the story.

If you need a break from adventuring, Ring Fit also includes several other workout modes as well, including a minigame section where you can move your body in various ways to solve puzzles or collect coins, a workout routine section where you’re tasked with completing a small gauntlet of exercises, and even an offline mode where you can use the Ring-Con when the Switch is in sleep mode. While all of these modes are chock-full of variety, it’s a shame they aren’t incorporated more into the main story mode. If I spend 40 minutes doing a variety of exercises outside of the adventure mode, I’m rewarded with a whole lot of nothing. No EXP, no smoothie ingredients, nothing. You can earn some ingredients and money by squeezing the Ring-Con when the system is in sleep mode, but that’s about it.

These modes are still worth checking out, but don’t expect to earn much progress in your main quest.

Simply put, Ring Fit Adventure is the new gold standard of fitness games. It’s fun, it’s challenging, and it just works. As someone who used Wii Fit religiously for over a year, Ring Fit took everything that made that title great and improved on it.

After around 30 days of using Ring-Fit Adventure, I can tell you that you are definitely getting a full workout each time you play. You’ll sweat and your body will ache, but if you stick with it long enough, you’ll get results!

Over the past 30 days, I’ve seen some pretty stellar results in my weight and muscle tone; however, Ring Fit is only a part of the equation. I changed my diet and started to incorporate other forms of workouts into my routine as well. But, if it wasn’t for the push and motivation that Ring Fit Adventure gave me, those other changes would’t have been possible.

If you’ve been looking for a new workout routine or you want to start working out for the very first time, Ring Fit Adventure is a great way to help make positive changes in your life.