The next classic Sega game to head to Switch as part of the Sega Ages brand is the classic side-scrolling shoot ’em up Fantasy Zone. Alongside Twin Bee before it, it essentially created the “Cute ’em Up” subgenre, with the adorable ship Opa-Opa flying around a pastel world to blast colorful enemies out of the sky.

As always with Sega Ages, developer M2 is going above and beyond with features. The official website has been updated to share some of the details, and thanks to Gematsu we have some translations.

First up is the most significant addition. Bosses from other versions, such as the Sega Mark III edition, have been retrofitted into the original game. These can appear if you select the option via the menu. 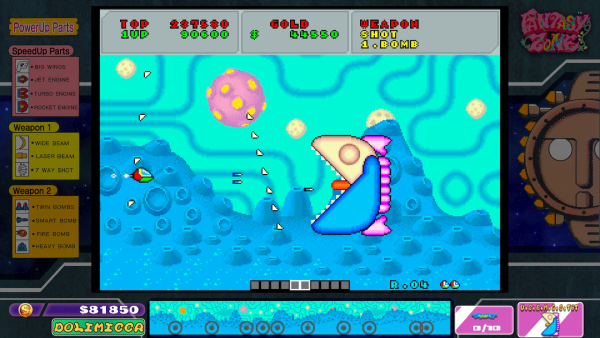 Similarly, a “Coin Stock” mode has been added for those more unfamiliar with the game, as it makes it a bit easier. With this enabled, your bank increases in proportion to the amount of coins you collect, unlocking further options like extending the time limit and increasing the amount of coins dropped by enemies in the future.

Then there are two other whole new modes. One, Upa-Upa mode, has you play as Opa-Opa’s brother, which can let you use all weapons at all times if you have the budget and there’s an alternate ending in store if you play all the way through. Time Attack Mode, meanwhile, removes the lives system and instead tasks you with speeding through the main arcade mode from beginning to end. 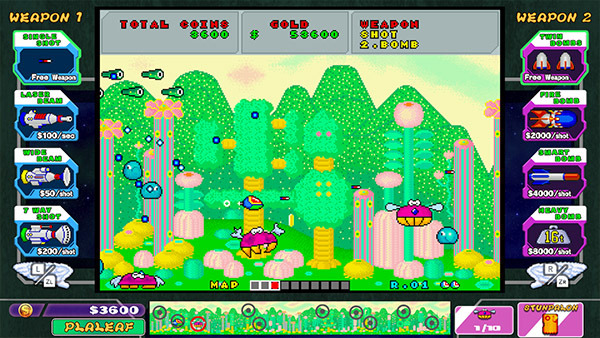 Finally, there’s a minor quality of life improvement in the form of a Base Marker, that lets you know where your home base is at all times as you soar around the game world.

The standard Sega Ages additions are also present and correct, with an Online Leaderboard, HD Rumble, and replays being supported.