In recent years Capcom has been making a major comeback in the eyes of fans, giving plenty of love to old IP that had lain dormant for years. It seems like the move is paying off, too, with three more games surpassing the million units sold mark. 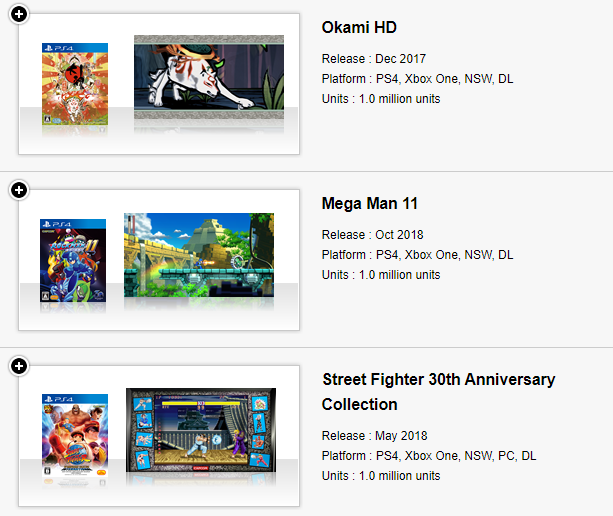 It’s worth noting that for Okami HD they seem to only be counting the versions released in 2017 and onwards – not the original PS3 release of the HD remaster.

Hopefully this success continues and we see more games in these franchises in the future!