The Brits love Luigi, apparently: Luigi’s Mansion 3 has become the fastest-selling Switch game of 2019 in the UK, beating out both Link’s Awakening and Super Mario Maker 2 to hold a speedy sales record (for at least a couple weeks until Pokémon comes along).

The lean, green, fighting machine’s latest ghostbusting outing got a bit of boost to the goal by selling on Thursday as opposed to the typical Friday, giving it a wider sales window than other first-party Nintendo Switch titles on their opening weekends. While the hottest new debut of the week, it failed to reach number one on the overall charts due to the dominance of Call of Duty: Modern Warfare. That said, LM3’s physical sales are 140% higher than those of Luigi’s Mansion: Dark Moon, which ended up selling 5.5 million copies worldwide, so I think it’s safe to say that Luigi’s new spooktacular escapade will be a success. 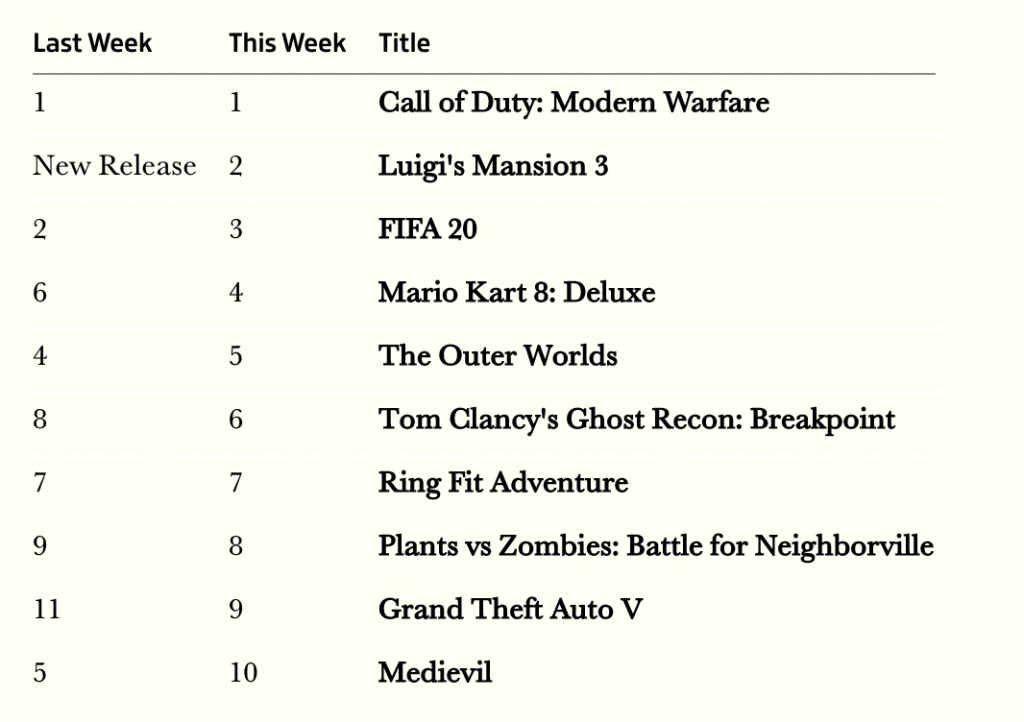