It’s been nearly 20 years since Luigi first strapped on his trusty Poltergust to tackle a haunted mansion to save his brother, and while the years since have not granted him any more courage, they have now provided us with two specter-filled sequels. Luigi’s Mansion 3 bucks the trend slightly by not having an actual mansion to explore, instead bringing Luigi to a haunted hotel. The hotel setting allows the game to get even more creative with themed levels than Dark Moon’s five Mansions, greatly broadening the scope of Luigi’s adventure.

Luigi and his pals — Mario, Peach, and three Toads — have all been invited to a luxurious stay at the Last Resort, a grand and lavish hotel that will be the perfect place to relax far away from Bowser and his minions. Once the group gets settled in, however, things take a dark turn. Hellen Gravely, the hotel’s manager, has freed King Boo from his portrait in Professor E. Gadd’s laboratory, and the two have concocted a devious plan to get revenge on Luigi. Mario, Peach, and all three Toads have been trapped inside of portraits themselves, and it’s up to Luigi to explore the many floors of the hotel to free them all. 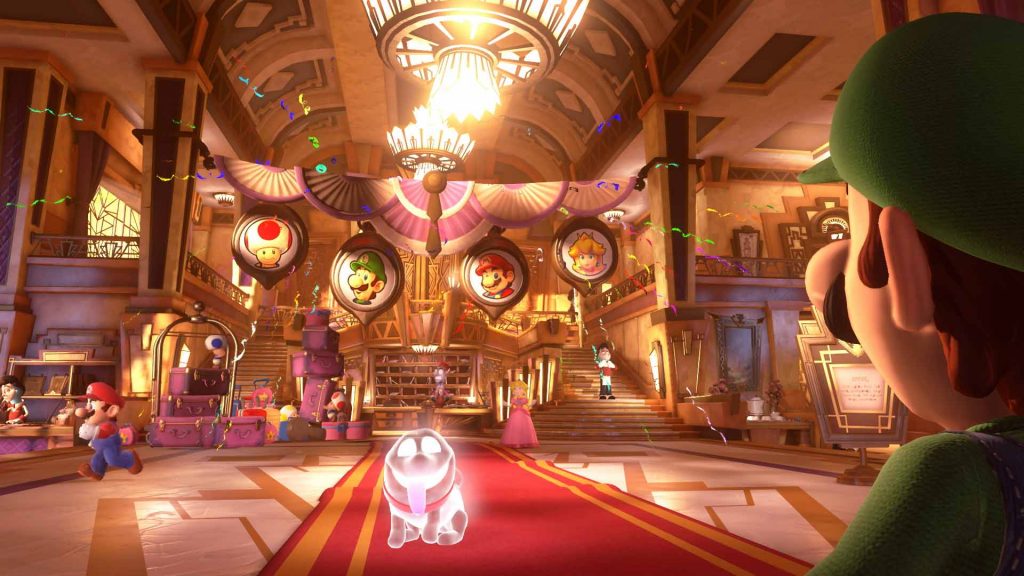 In order to free his brother and friends, Luigi needs to restore the elevator to working order by collecting each of the buttons for the individual floors he wants to visit. Traveling to those floors once you’ve found their respective buttons can take a little while, as the next floor has to load before the elevator doors open, but I guess walking Luigi in circles around an empty elevator does beat staring at a static loading screen. The missing elevator buttons inside have all been taken by a lively cast of unique ghosts that match the theme of the floor they’re encountered in: an overweight security guard in the shops, a mad pianist in the concert hall, and a king in the, uh, castle floor.

These boss ghosts are exactly the type of thing I wanted to see brought back in Luigi’s Mansion 3 — they’re memorable and full of character like the original portrait ghosts in the first Luigi’s Mansion, and I genuinely enjoyed encountering each and every one of them. The standard ghosts are full of character too, and I had a fun time watching them dress appropriately for the floor they were on and go about their business all around the hotel, until I sucked them up, of course. 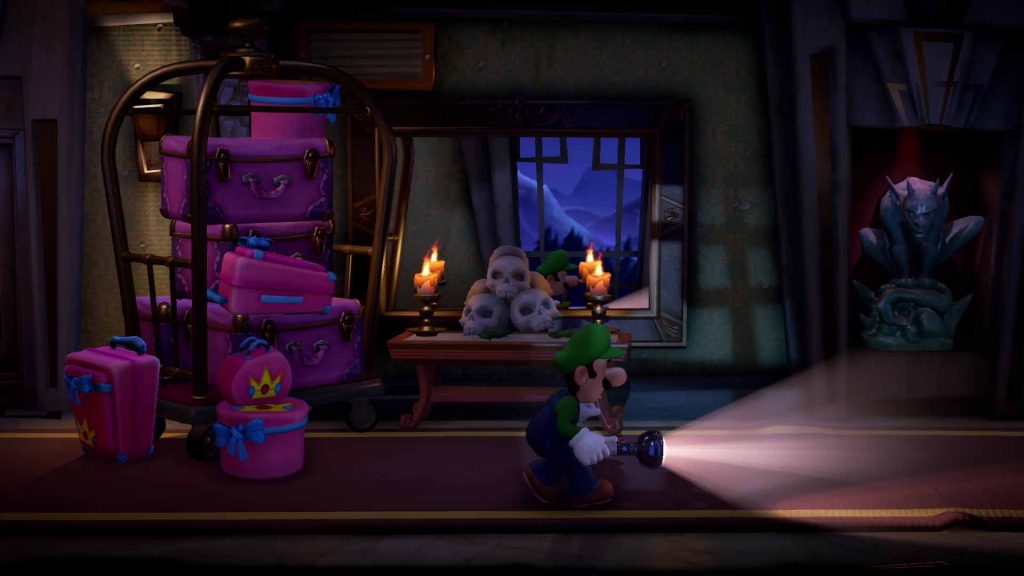 As you work your way through the early floors of the Last Resort, you’ll encounter floors that seem pretty standard for a hotel: the Grand Lobby, a Mezzanine, a dining hall and kitchen, some shops, and guest rooms; but the further up you get, the less the floors seem like they belong in a hotel and start feeling more like worlds to explore, like a standard Mario game. As much as I loved the original game and the dark, dusty corridors of its mansion, I really enjoyed seeing what came next each time I tracked down another elevator button, despite the fact that not everything felt as spooky or grim as the first game. Every floor also has six gems to find and collect, in addition to several of King Boo’s Boo henchmen scattered throughout the hotel to be captured with the Poltergust. I love collectibles as much as the next guy, but it didn’t appear to me that there was really any point to collecting every gem from every floor other than the sheer accomplishment of finding them. Each of the floors in also filled to the brim with puzzles, almost all of which were an absolute delight to figure out, especially when playing in co-op alongside my wife.

Co-op mode, returning from the 3DS remake of the original Luigi’s Mansion, has a second player controlling Gooigi, a gelatinous creation in the shape of Luigi brought to life by E. Gadd. Since Gooigi can do almost everything Luigi can do — plus a little bit more — co-op is a breeze to play and feels incredibly equal, though if you’re playing on your own you’ll still see plenty of Gooigi. He’s essential to many of the game’s puzzles and boss fights, since he can slip through grates, bars, spikes, and cages with ease — unlike the solid mass that is Luigi. But as soon as he touches water or fire, he’ll melt away with a quick “bye-bye” or “oh-no.” As gimmicky as Gooigi felt at first, I quickly realized the he is as much the star of Luigi’s Mansion 3 as Luigi is, and his quirks, are, quite frankly, adorable. The green blob wiggled his way further into my heart with each thumbs up he gave me as he was recalled back into the Poltergust G-00. I’m not quite sure why, but Gooigi’s definitive lack of a personality is his most endearing quality of all, and I will never speak ill of him again. 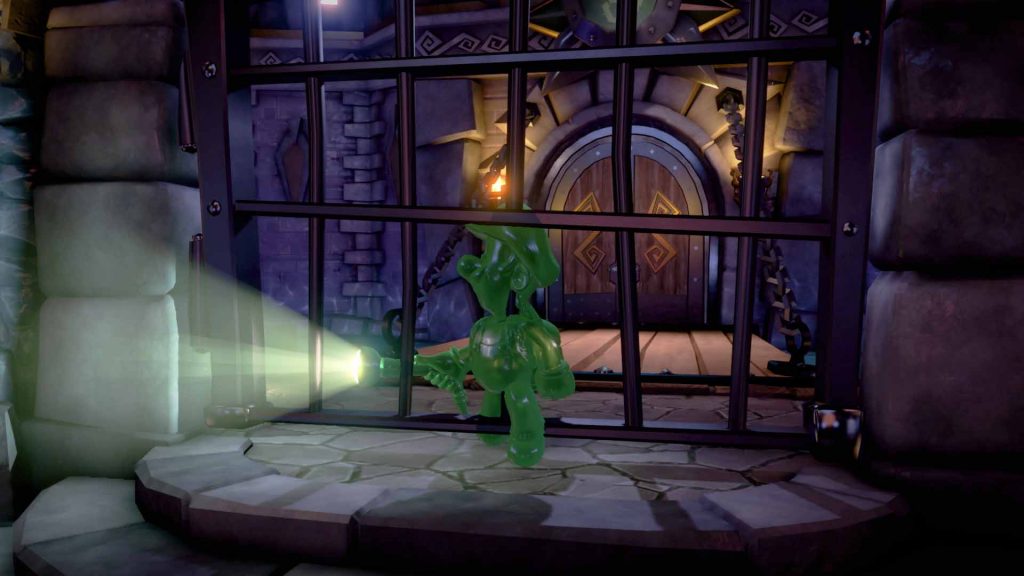 Also available this time around are two multiplayer options, ScareScraper and the Scream Park. The ScareScraper has players control their own Luigi (or Gooigi) and work together to accomplish objectives on different floors of the ScareScraper. Seeing this mode return from Dark Moon was a real delight, and it’s just as fun and hectic as it’s always been. The Scream Park introduces three new minigames to Luigi’s Mansion, where up to eight players in teams of up to four can try to beat the other team in coin-collecting, ghost hunting, or target shooting. The minigames in Scream Park are small and simple, but they are an absolute blast to play with friends and family, especially once you get eight players running around the screen.

I don’t think a single video game soundtrack will stick with me quite the same way as the soundtrack from the original Luigi’s Mansion, but Luigi’s Mansion 3 is sure trying its hardest. The original theme song has been thrown into a few menus and can be found through one delightful little easter egg early on in the game, but there are plenty of other new tracks, both haunting and whimsical, accompanying the adventure this time around. They’re not quite as memorable as the original, but their haunting tones are masterfully composed and they match the ambiance of each floor of the Last Resort perfectly. 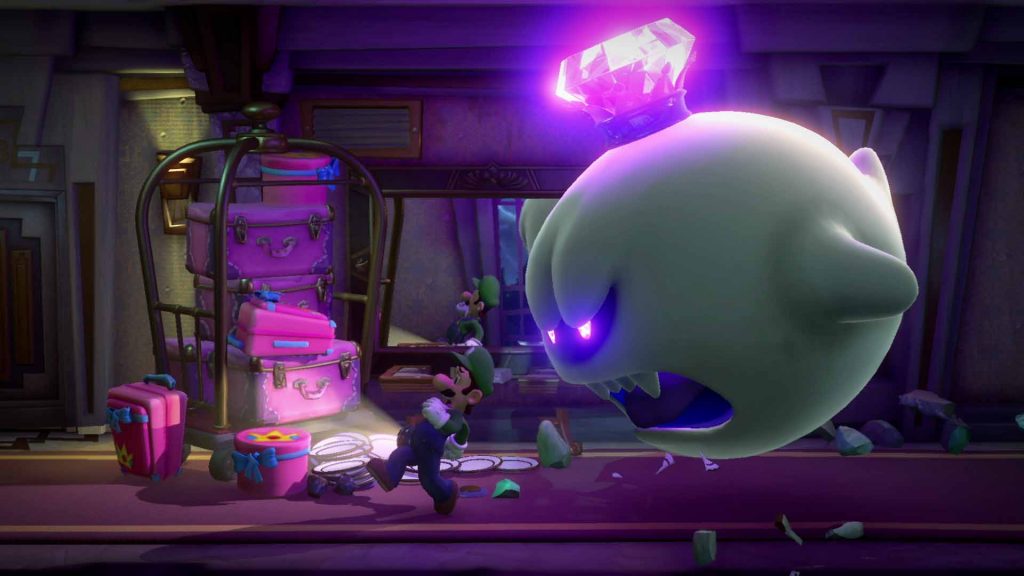 On top of it all, Luigi’s Mansion 3 looks absolutely gorgeous. The cutscenes are incredibly well-rendered, and the amount of detail that went into designing the environments for each floor is breathtaking. Luigi has never looked so good, and to be honest, I didn’t expect the game to look quite this impressive. It runs well in both handheld and docked modes, and like so many other Nintendo-developed games, it looks just as amazing in handheld as it does up on the TV.

At the end of the day, more Luigi’s Mansion is never a bad thing, so unless they totally butchered this title, I was going to be satisfied. However, I’m blown away at just how much I’m enjoying Luigi’s Mansion 3. They took the original formula, mashed in the better parts of Dark Moon, and added some great twists, expanding on what already worked in the previous two games. The level of polish, attention to detail, and the immaculate mixture of silly and spooky has made this a near-perfect game — the fact that it exists in my favorite Nintendo franchise is mere icing on the cake. Even if I weren’t the world’s biggest Luigi’s Mansion fan, Luigi’s Mansion 3 would be one of the best games I’ve played this year. 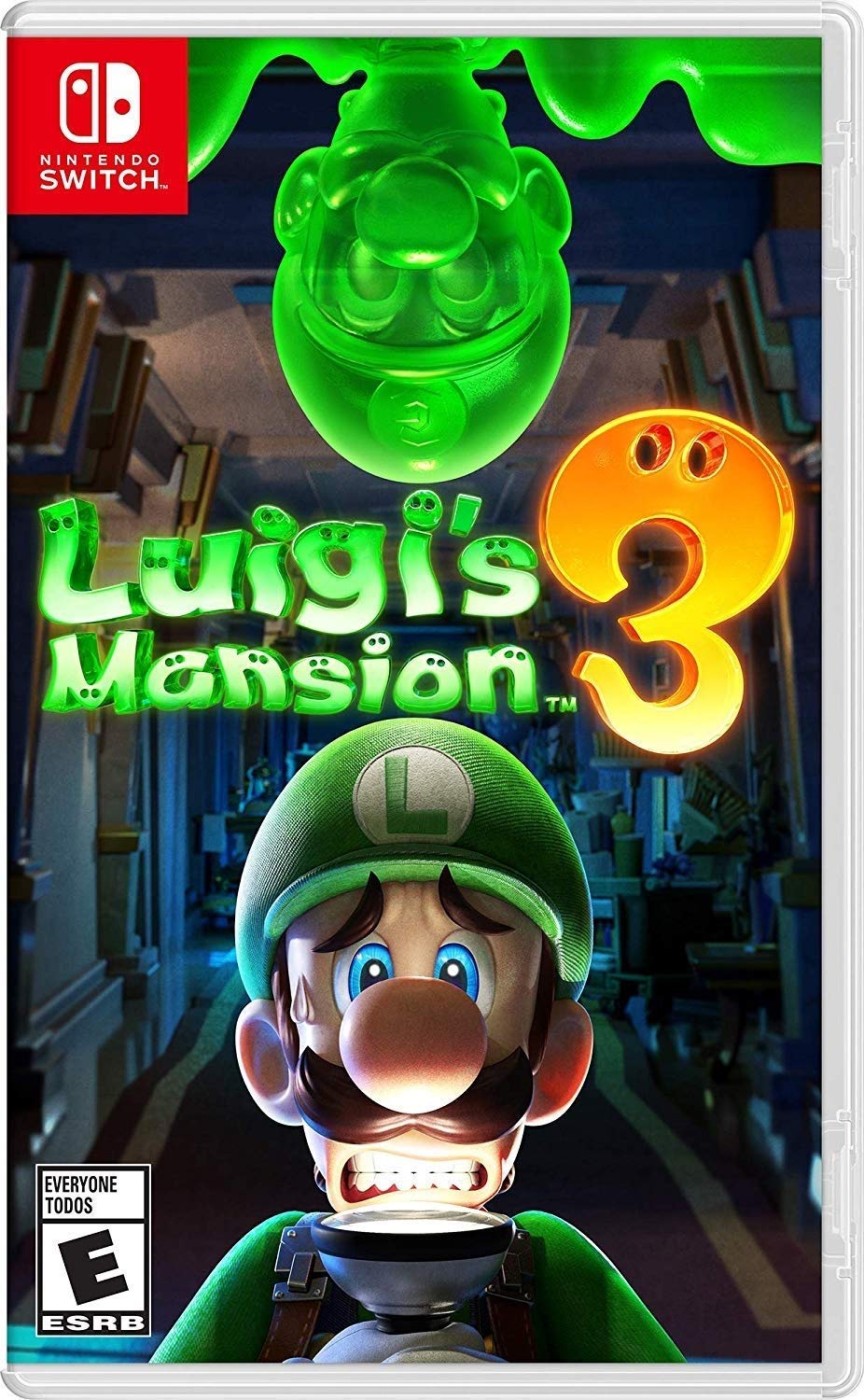