After years of developing inventive platformers for Nintendo, like Kirby’s Epic Yarn, Wario Land: Shake It! and Yoshi’s Crafted World, Good-Feel is branching out on its own with a brand-new IP – Monkey Barrels.

Little information is known so far, just a few details from the game’s Famitsu reveal article. It’ll be a top-down dual stick shooter where you play as the titular Monkeys and occasionally drive tanks. Six player multiplayer will be supported in addition to a single player mode. 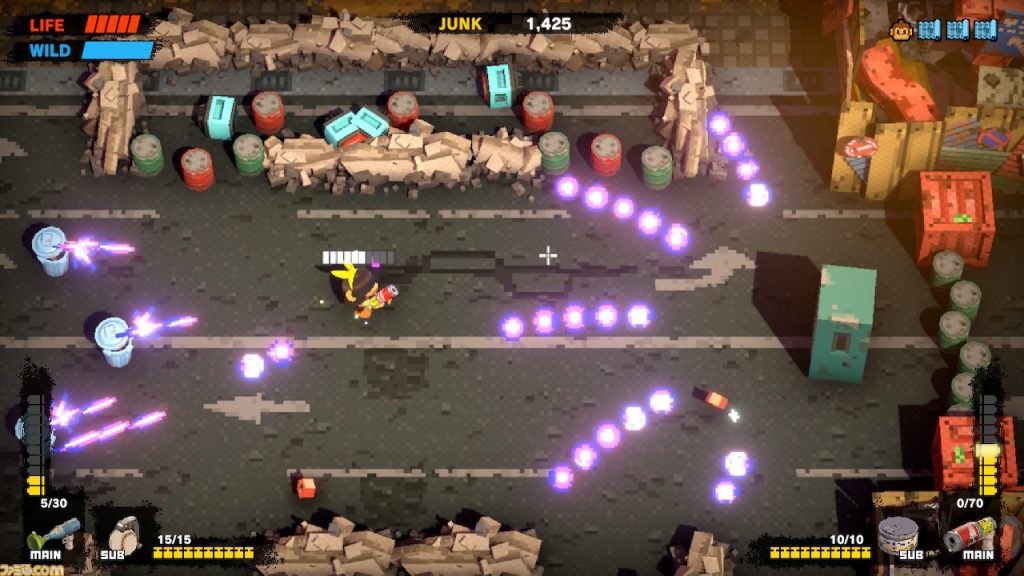 The game is set to be released in Japan on November 7th, while the official website will provide more information on October 31st.