Time travel is a well-worn concept in the realm of Japanese role-playing games, from the aeon spanning Chrono Trigger to the many branches of Radiant Historia. Nippon Ichi Software’s newest IP Destiny Connect, however, sets out to tell a more personal tale with its Tick-Tock Travelers.

When the town of Clocknee’s New Year celebrations are frozen in time as the year 2000 rolls around, protagonist Sherry has to figure out why she’s still moving, rescue her mom, and fix what went wrong. Eventually she discovers an amnesiac robot in her father’s study, and learns of its time traveling capabilities. Soon enough, she and her childhood friend Pegreo are going back several decades to get to the bottom of the mystery. 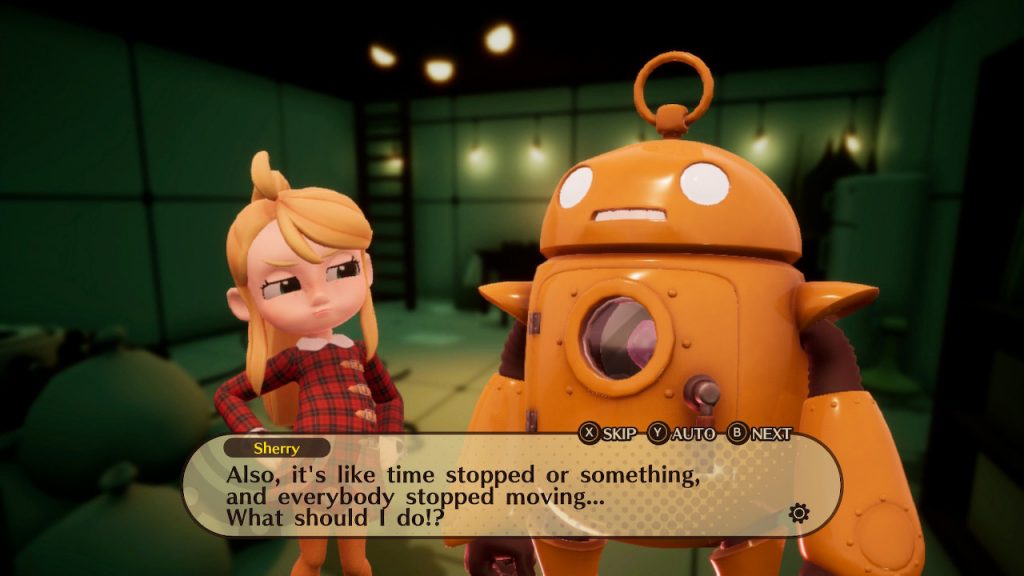 While most time travel stories relish in the ability to leap centuries into the past or future, Destiny Connect is relatively restrained as it focuses in on Sherry’s family over the course of around 60 years. While this means the story can feel a little unexciting at times, it results in a more focused narrative, which doesn’t rely on the typical tropes of paradoxes and time loops.

That said, several aspects of the game dampen the delivery of the story. For one there’s the total lack of voice acting — you don’t even hear battle grunts besides Isaac’s robotic whirrings. The animation is also limited, with a few stock reactions being used over and over again to the extent that whenever a character performs a new motion it’s genuinely surprising. NIS America’s localization is all over the place, too, with some exchanges feeling genuinely impactful while others feel incredibly stilted. Finally — and this is more subjective — the character models can give off a plasticky, un-natural vibe. While they did eventually grow on me, the designs never really replicated the genuinely beautiful artwork you see on the title screen.

Unlike the humans though, the mechanical characters like Isaac and the enemies have all-round fantastic designs, with a retro sci-fi look that’s blended with general household appliances. Don’t get me started on the pun-names, either — I can’t believe I’ve never seen a video game enemy called a “Televillain” before. 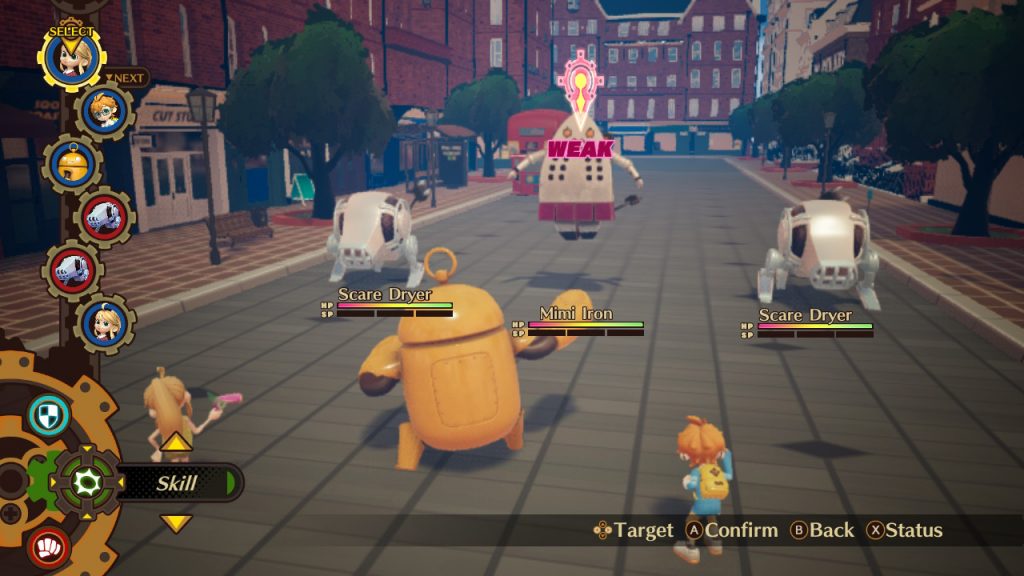 As I played Destiny Connect I couldn’t help but reminisce on that era in the early 2000s when every Japanese publisher was pushing out a JRPG of their own, with gameplay that often outshone the obviously low budgets they were built with. In NIS’ latest, it can feel very rudimentary at first, with turn-based combat that has you activating skills, casting buffs, and afflicting status effects on your opponents. Once you unlock more of Isaac’s abilities, however, the game really gets a unique flavor that, while not revolutionary by any means, makes every battle feel unique.

Isaac is a permanent party member, and at first he basically acts as the group’s tank, with more HP and defensive skills than the other members. Eventually you unlock the ability to customize him slightly with gears, which let you upgrade his stats and unlock new skills. Later still, you get to change his “Job,” Final Fantasy style, making him an incredibly versatile tool. 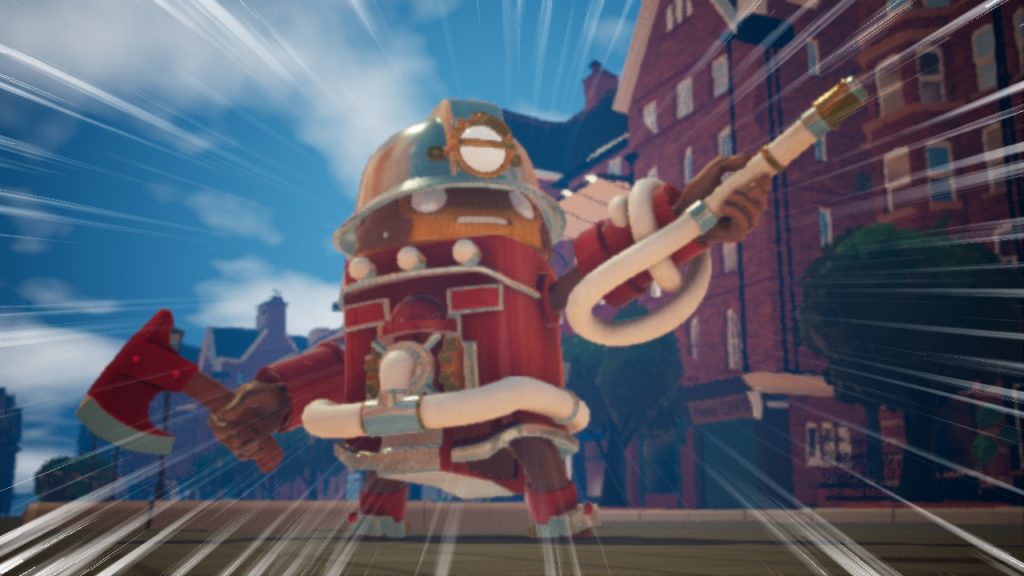 Did your party take a devastating hit? Switch to Rescue Mode and spray the party with some healing water. Is the enemy proving too elusive? Let Isaac don an adorable cowboy hat and use a variety of skills that improve accuracy, for both him and the rest of the team.

It’s also worth noting that Isaac falling in battle results in an instant game over. While this may sound frustrating, and potentially bring back some sour Final Fantasy XIII memories, I rarely contended with it. Fighting enemies doesn’t take too long, and thanks to them being easily identifiable on the overworld before choosing to battle them, it doesn’t take much effort at all to stay at a competitive level with your foes. Not only that, but dying is a minor setback — you can simply choose to fight the battle from the beginning, using your knowledge to have a better chance on your second go around.

Another aspect of Destiny Connect that sets it apart from other JRPGs is its very urban setting. For most of the game you’ll be exploring Clocknee’s Western European-esque urban sprawl, with dungeons being mundane empty shopping malls and sewers. Unreal Engine 4 did these areas wonders at times, with stone glistening underfoot and frozen fireworks giving off an ethereal glow, but they can feel remarkably empty, especially as interactable NPCs basically disappear entirely thanks to the aforementioned time stop. 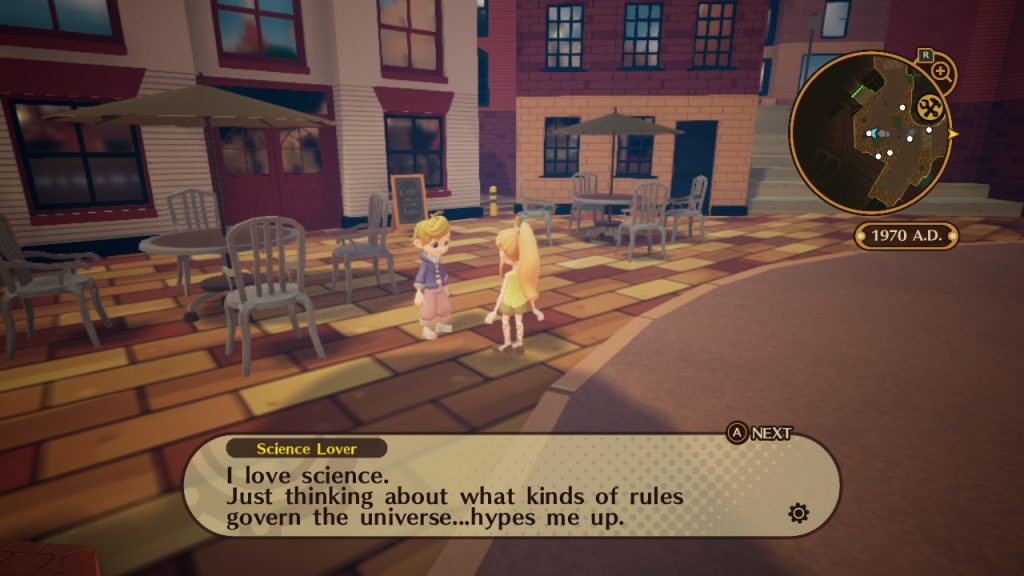 While at first the limited scope of the setting feels almost novel, and ties in well to the more personal approach of the story, it means the game clocks in at a surprisingly short play time — I finished the entire story in under 11 hours. In some ways, this is great, many JRPG’s tend to overstay their welcome after all; but in the latter half of the adventure it feels as though the developers felt the need to pad out the story by forcing you to revisit old areas and redo entire segments of dungeons for no good reason. Thankfully, a lot of this is offset by the incredibly generous fast travel system, which lets you warp anywhere on the map with no penalty, but at the same time that just makes the inclusion of padding even more confusing.

The music also plays a huge role in keeping the game engaging. Yukinari Irumagawa provides the tunes, which run the full gamut from touching piano solos to rockin’ boss battle beats, and I found myself humming some of them from time to time. I can only hope we see them return to score future games.

Fittingly for a game all about time travel, Destiny Connect feels as though it’s from a different generation, one where JRPGs were more commonly low budget and experimental. With its simple mechanics and short personal story unmarred by the typical convolution of the sub-genre, the game is really best suited for newcomers, but veterans should still try it out if they ever have the itch to return to a more basic time and embrace its very unique charm. 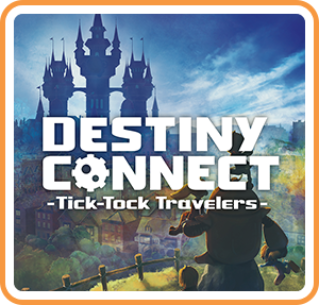