Porting an arcade game is always a tricky proposition. It often seems like something gets lost in translation. For instance, playing an arcade beat-‘em-up on a home console doesn’t have the same pull when you aren’t limited by the number of quarters you have. Some arcade games are made even better by the camaraderie or competition created by sharing a cabinet with other players. So what happens when an indie company ports their homemade multiplayer arcade game to a console? 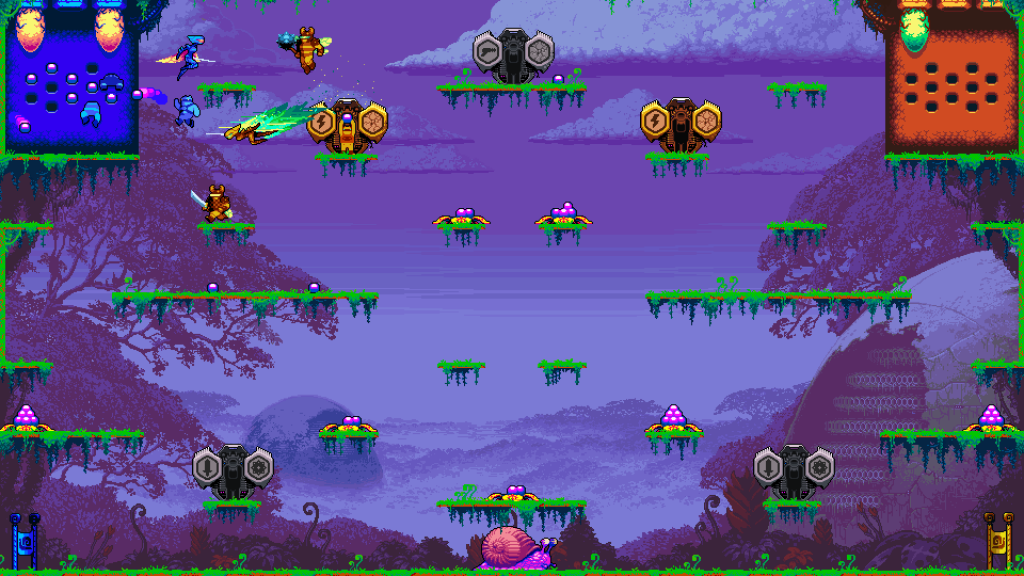 It plays like a platformer, with workers jumping around while the Queens fly about. There are three win conditions: a military victory consists of one team killing the enemy Queen three times. The queen can do this, but a worker can also become a flying warrior by going into a gate while holding a berry. Those berries are the second win condition: economy victory. If one team fills their holes in their starting hive with berries, they win. Warriors cannot carry berries, so if everyone on a team becomes a warrior, they won’t be able to collect berries. And finally, there is… snail victory. There’s a neutral snail in the middle of the arena. Any worker can jump onto it and ride it — very, very slowly, into the other team’s goal. Queens and warriors can defeat workers on the snail, but the snail will eat enemy workers. This can be used as a tactic, however, because the snail has to stop moving to slowly eat a worker, perhaps giving a Queen time to attack the snail rider. 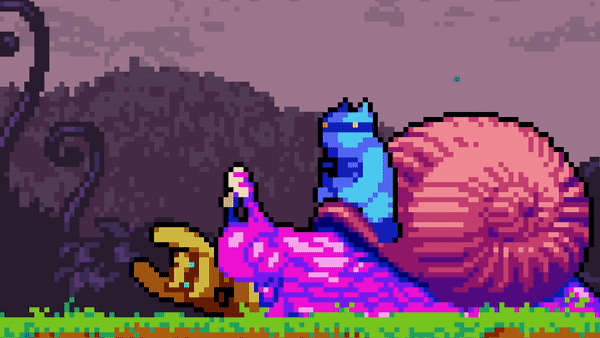 This is where the genius of the game comes into focus. Having three simultaneous objectives on a cabinet with ten people in front of a massive screen leads to lots of yelling, cheering, and button slamming. Speaking from experience, I had the pleasure of playing an early cabinet at New York University’s Brooklyn-based Game Center years ago. It was an absolute blast, and an experience I wasn’t sure could be replicated with a home console.

That concern of mine was right — to a degree. Killer Queen Black has finally released, allowing anyone to play the game that might not have access to one of the hundred or so arcade cabinets that exist. For the most part, the games are the same, although some changes have been made in order to bring the experience home. The biggest change is that, since players aren’t a foot away from a huge screen anymore, the sprites have to be made larger, so teams are comprised of four players total, rather than five. There are also some new power-ups for warriors, such as a laser or a shield as opposed to the regular sword. Beyond that, and some new graphics and maps, it’s the same game.

Killer Queen Black features an online suite of options, including quick play and ranked matches. The game needs eight players for a full match, or it fills in teams with bots. This means the game will live or die by its online community. This would be a concern normally, but with crossplay with the Xbox and PC versions of KQB, there will hopefully be a big enough player base to keep competition healthy and active. 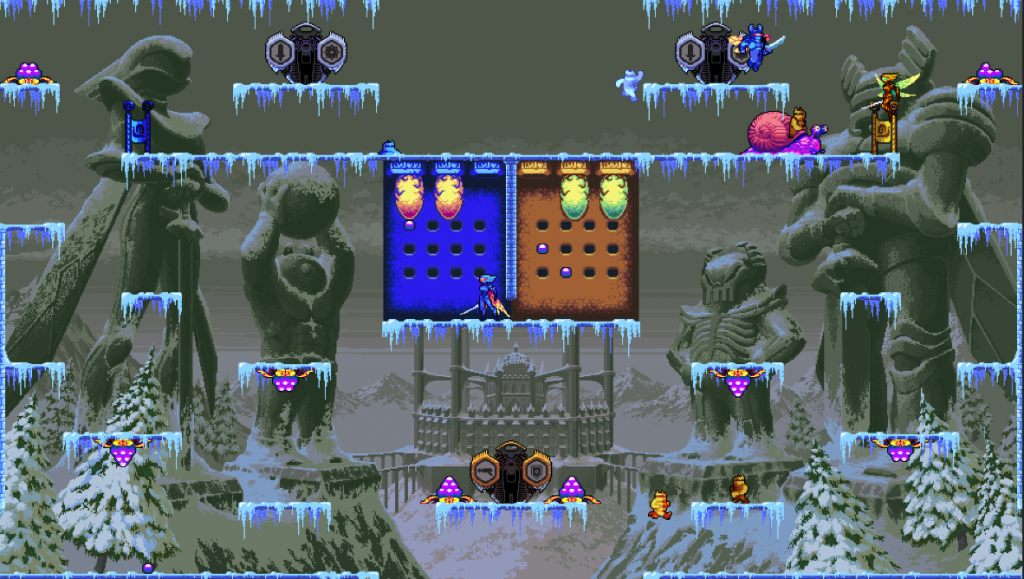 Online play felt fine enough. It was a bit difficult finding a match pre-launch, but the ones I did participate in went pretty smoothly. A few had lag, and unfortunately this is the kind of game that needs a quick connection — so hopefully a wider player base means matches with better connections. There’s also local multiplayer, but to play with a full roster of eight players, you need two Switches and two copies of the game. Ideally, this is the best way to play KQB, as it comes the closest to replicating the arcade experience.

Killer Queen Black does a great job of translating the game for home console. It’s still hectic, competitive, and shockingly fun. However, having played the original arcade game, I can’t help but think about how much better it was to play standing — literally — shoulder to shoulder with eight strangers while yelling “SNAIL SNAIL!!!” I have no idea how I would feel about Killer Queen Black on Switch if I hadn’t played the original. It’s a fun enough game that anyone could enjoy. The arcade experience is superior, yes, but the console port is still a brilliant experiment in multiplayer competition. The devs have already promised post-launch updates with new maps, characters, and features, so hopefully between that and the crossplay, there’s enough meat to keep players interested for a long time.

If you have a group of friends who have a regular game night, get two copies of the game, a bunch of controllers, and have a blast yelling at your friends.