Inti Creates has made a name for itself when it comes to sprite-based 2D action in the eShop. The original Azure Striker Gunvolt still stands out as one of my favorite 3DS downloads, with its sequel expanding on it in every way. Now they’ve expanded that world, giving rival character Copen his own side game as the titular Luminous Avenger iX. Streamlining his gameplay from Azure Striker Gunvolt 2, it may not develop things further and is over rather quickly, but still lives up to the standards of the series.

The Gunvolt games are an aesthetic blend of sci-fi and anime, with some J-pop thrown in for good measure. Its structure is of the Mega Man mold (a series Inti has plenty of past experience with), providing a selection of stages that you can run, jump, and shoot through with some degree of flexibility in their order. At the end of each is a boss, whose defeat will award Copen with the boss’ own weaponry, offering more options and advantages going forward. 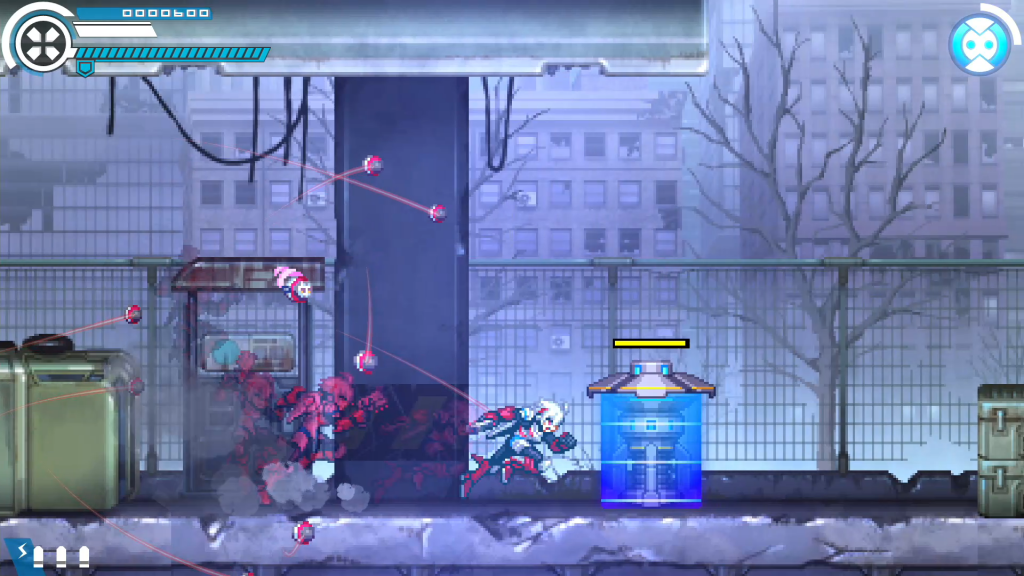 Where things deviate is in your core movement option: the Bullit Dash. With a button press you’ll rocket through the air at an increased speed, and colliding with an enemy or certain obstacles will place a tag on them. Once a tag is up, firing your weaponry will hone in on that enemy, and you’ll replenish a Bullit for the ricochet.

That last bit is important, as you have a finite number of dashes unless you learn how to bound around the stage architecture and enemy placement. Never have I felt so thankful for understanding angles in a game than here, as the stages are designed with this movement in mind, carrying momentum well once you get the hang of it. Bounding around tight hallways and chaining dashes is highly satisfying and dares you to figure out the best way to combo from enemy to enemy without landing.

While it’s definitely satisfying to find your flow and Bullit Dash in a continuous combo throughout the stage, this was all found in Copen’s path of Gunvolt 2. There’s a new lineup of supplementary weapons, which have their own utilizations both for clearing enemies and in some cases exploring stages. Little has been done to progress the gameplay or what you can do with it in a level. Instead, we see the benefit of the game itself adapting to it, with tighter level design and less cumbersome customization. 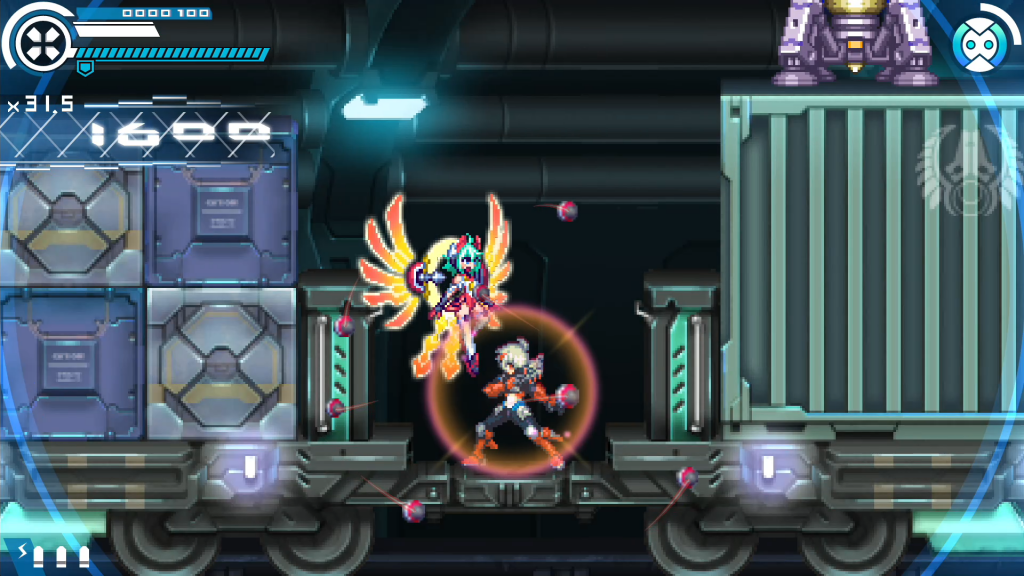 Perhaps the biggest fault with the game’s main experience though is just how brief it is. With the gameplay not changing much in its runtime, this two hour or so game can feel minimal for players only concerned with seeing the credits roll. Shooting for that goal sells the game itself short, as Luminous Avenger iX carries the series tradition of encouraging players to aim for both the highest scores possible and fastest clear times of its stages. Once you clear a stage for the first time, you unlock dedicated score attack and speed run toggles for it. The game is aiming for replayability by encouraging you to master each.

If you’re into that sort of focus, Luminous Avenger iX won’t disappoint. It also more than lives up to the series in terms of aesthetics (both sprite and art based), characters, and (most importantly) gameplay that’s both fast and fun. A word of warning though: its story — particularly the conclusion — does rely on players having familiarity with both previous Gunvolt titles. The game won’t be any less enjoyable without that background knowledge, but fans will definitely get more out of certain revelations. 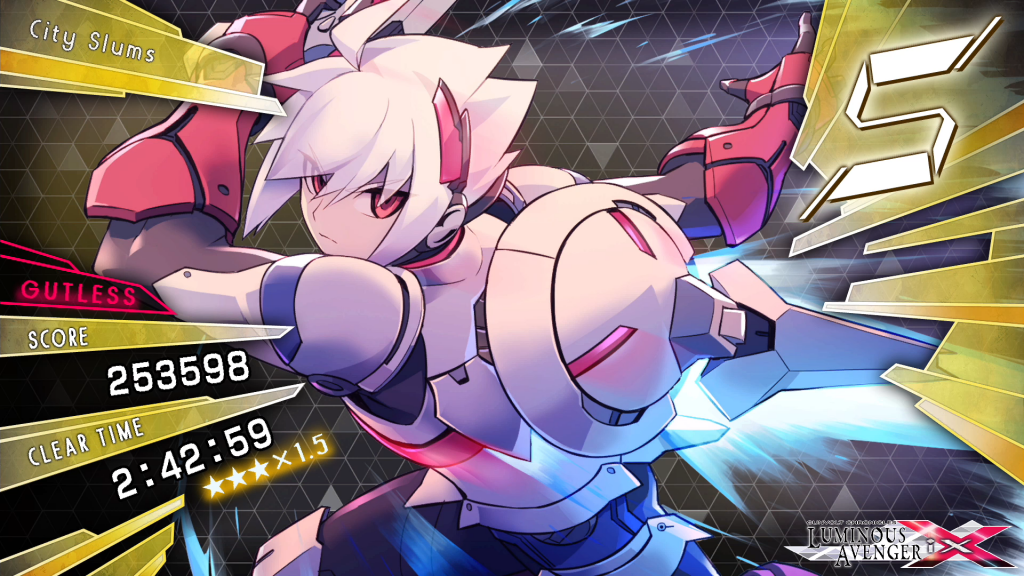 For a quick dose of 2D action, Gunvolt Chronicles Luminous Avenger iX continues Inti Creates’ impressive streak for the series. As long as you can get behind its core mechanic, you’ll have yourself a game that’s enjoyable every time it puts you into a stage, testing you to get through with as much flow and Kudos claimed as possible. It may be over rather quickly, and for those interested but who want a little more to their games, I’d point you to the Striker Pack. But for $14.99 it’s a solid side story that makes the most of its new lead’s abilities.