Review: Yooka-Laylee and the Impossible Lair for Switch

When Playtonic announced that Yooka-Laylee’s second outing would be in 2D rather than in the same 3D platformer style as the first game, I was pretty surprised. The first title leaned so hard into the N64 collectathon nostalgia that I was sure that any game that followed would be in that same vein. Instead, we got a sequel that’s more Donkey Kong Country than Banjo-Kazooie. This isn’t a bad thing in the slightest — diversifying the franchise is a smart move, and changing things up is a great way to get people talking.

To start things off in this new title, Yooka and Laylee are back at it again, fighting Capital B in his titular Impossible Lair. His scheme this time is to take over the Stingdom by controlling all of the bees with his appropriately-named Hivemind. Yooka and Laylee are tasked with stopping him by Queen Phoebee, but the Impossible Lair proves to be too much for them to tackle alone. They attempt to continue with the help of Phoebee’s Royal Beettalion, but are thwarted by the Hivemind, allowing Captial B to take control of the Beettalion. After a swift defeat at the hand of Capital B, Yooka and Laylee must adventure through the different levels of the Stingdom to free the Beettalion from the villain’s control. 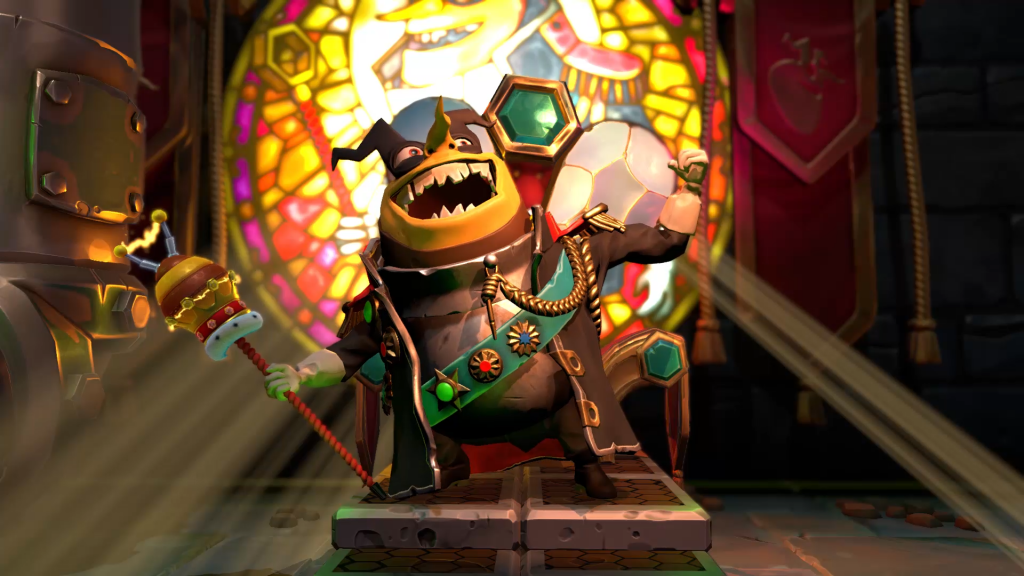 The Impossible Lair can be re-challenged at any point in the game, but unless you’re in possession of perfect platforming prowess, you won’t be getting very far without the protective powers of the Beettalion. Each member of the Beettalion acts as one hit point; and the more you collect, the more room for error you have when challenging the Impossible Lair. You can access all of the levels by exploring the 3D overworld, unlocking more and more of it as you progress through the game. The overworld is very cleverly designed, with different parts of the landscape unlocking and changing as you complete challenges and solve puzzles. The more you explore the overworld, the more 2D levels you’ll be able to access in order to free the Beettalion members.

The levels are well designed, vibrant, and challenging to boot. The difficulty of the platforming involved is sure to be welcomed by fans of the genre, though the physics are just slightly too slippery for a lot of the tighter platforming sections. Too often would I get past a difficult section only to slip off of a small platform thanks to Yooka’s momentum. Thankfully, there are frequent checkpoints throughout the levels, and if you fail a section too much, the checkpoint will kindly offer to skip you past it. Though I was frequently frustrated by different sections, I could never swallow my pride enough to skip any of them with this feature. 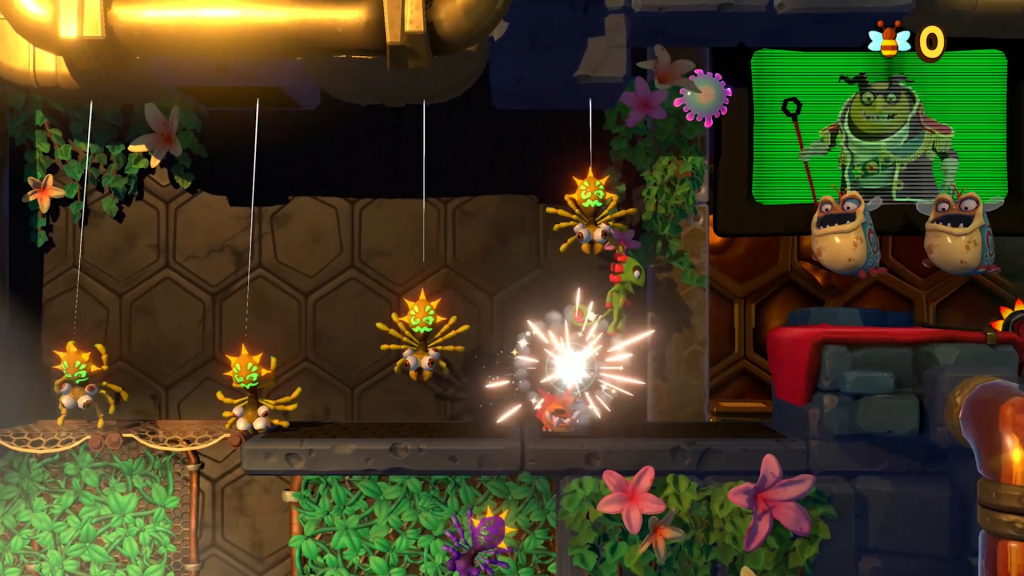 Every level in Yooka-Laylee and the Impossible Lair can also be transformed by way of the overworld map. Solving puzzles in the overworld completely overhauls the way that the level is played once you go back in. For example, a water-based level can be frozen, leading to an entirely new (and chilling) experience. You can set off a fan to blow wind through a windmill-themed stage, ramping up the challenge as you try not to get blown off of platforms while they spin around and around.

Each transformation-causing puzzle in the overworld can also be “unsolved,” reverting the stage back to its original form, allowing you to go back and collect anything you may have missed in either version of the stage. I really enjoyed heading back through the stages for a second look after they’d been transformed, and it was another smart move on Playtonic’s part, as it essentially doubles the amount of available levels in the game.

Returning from the first game are Tonics, which are used to modify many different parts of Yooka-Laylee’s world. There are 72 total Tonics that can be found scattered around the overworld. Once you find a Tonic, you’ll have to spend Quills, collected in both the overworld and 2D levels, to unlock them — the number of Quills needed to unlock a Tonic varies depending on what exactly the Tonic does. The abilities of these Tonics range from things that make the game easier (such as more frequent checkpoints or longer invincibility after getting hit) to things that make the game harder (like enemies taking an extra hit before dying, and even absurd visual changes, like big-head Yooka and Game Boy colors or resolution — or both). 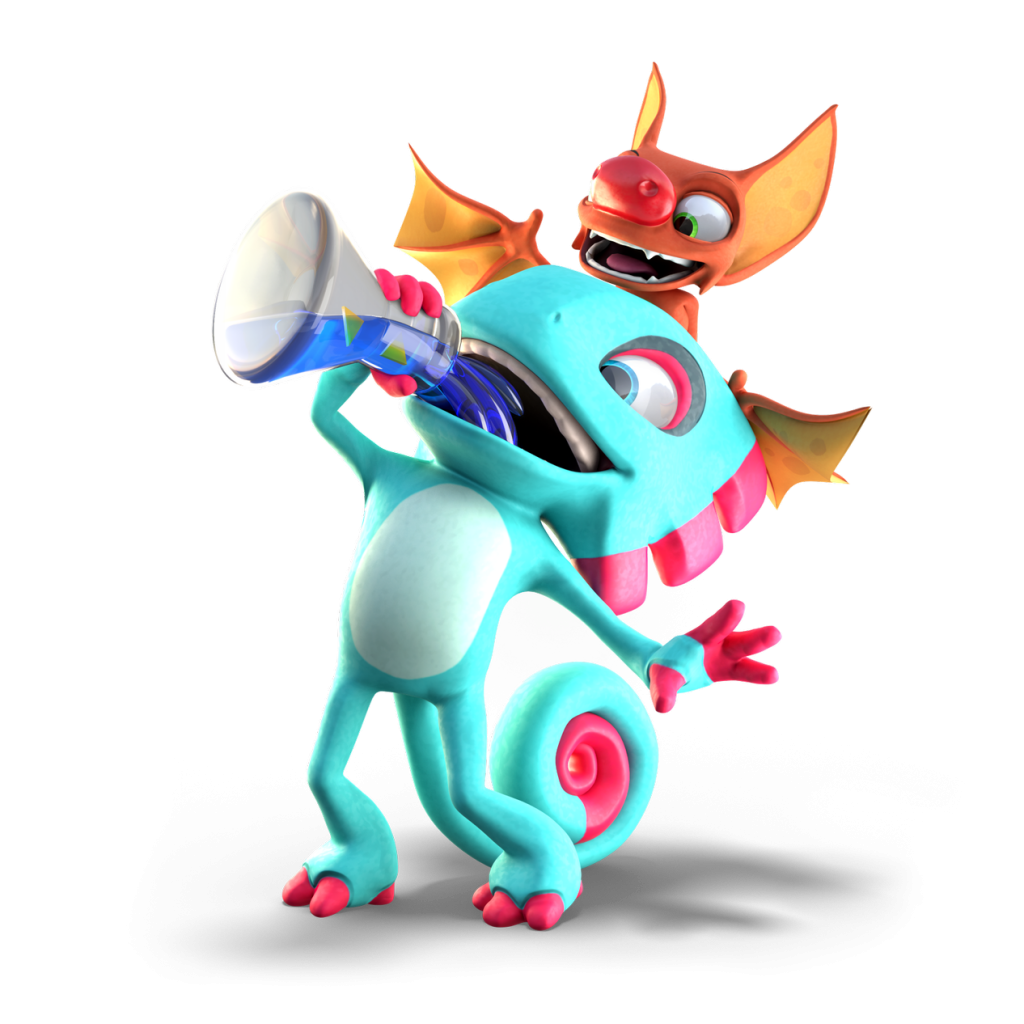 Different Tonics will affect your Quill Multiplier, beneficial Tonics decrease the amount of Quills you collect, while detrimental Tonics will increase the amount of Quills collected — Tonics that make visual changes won’t affect Quill collection. I was very happy to see that Tonics were making a comeback in The Impossible Lair, and even happier to see how many of them were available. Moving Yooka-Laylee to a 2D environment really opened up a lot of options for Tonics that simply weren’t there in the first game, meaning that players can really cater to the exact way they wish to experience the game.

Yooka-Laylee and the Impossible Lair looks fantastic on Nintendo Switch. A lot of effort was put into making the game a pleasing visual experience, and I can happily say that it runs at 60fps — when there aren’t any visual Tonics equipped. It’s a known issue to Playtonic that certain Tonics that affect the graphics and aspect ratio can cause stuttering — hopefully they can work out the kinks in a future patch. The loading times are less than stellar, unfortunately, even in docked mode, handheld load times definitely felt longer, however.

Overall, Yooka-Laylee and the Impossible Lair feels a little more put-together and modern than the original game, which is a great thing. Playtonic gave players exactly what they asked for with the original — a nostalgia-fueled 3D collectathon — and they really stretched their wings with The Impossible Lair and reminded us that they can play to their other strengths within the same franchise without losing any of its charm in the process. The platforming is difficult and sometimes frustrating, but features like checkpoint skipping and game-altering Tonics make it accessible to anyone interested in Yooka-Laylee’s sophomore outing. 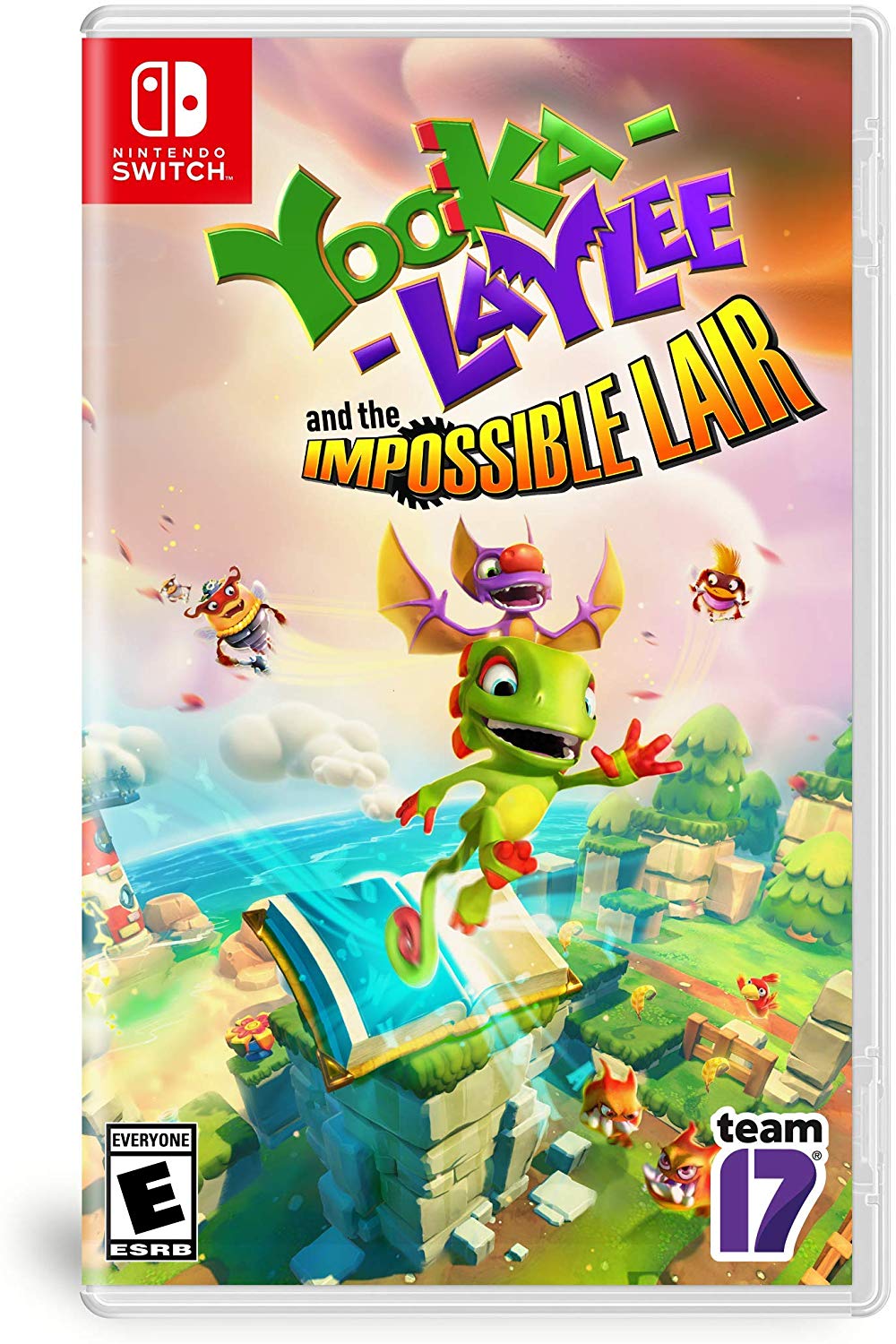