Review: The Legend of Zelda: Link’s Awakening on Switch

Nintendo’s never been shy about revisiting its library, though usually this applies to the home console front. With the exception of Pokémon, handheld heroes are sometimes out of luck when it comes to seeing their favorites return. Thankfully, there are exceptions, and just in time for the Switch Lite launch comes a portable classic reborn.

The Legend of Zelda: Link’s Awakening was the first Zelda title under my roof, specifically the DX update that worked in color. It’s a game I’ve come to appreciate much more since the days of AA batteries fueling my sessions, mostly for its atmosphere and unique plot. Even for a series with falling moons and a hat that can change your size, the sight of an egg atop a mountain breeds wonder and mystery, and you owe it to yourself to see its remade world. 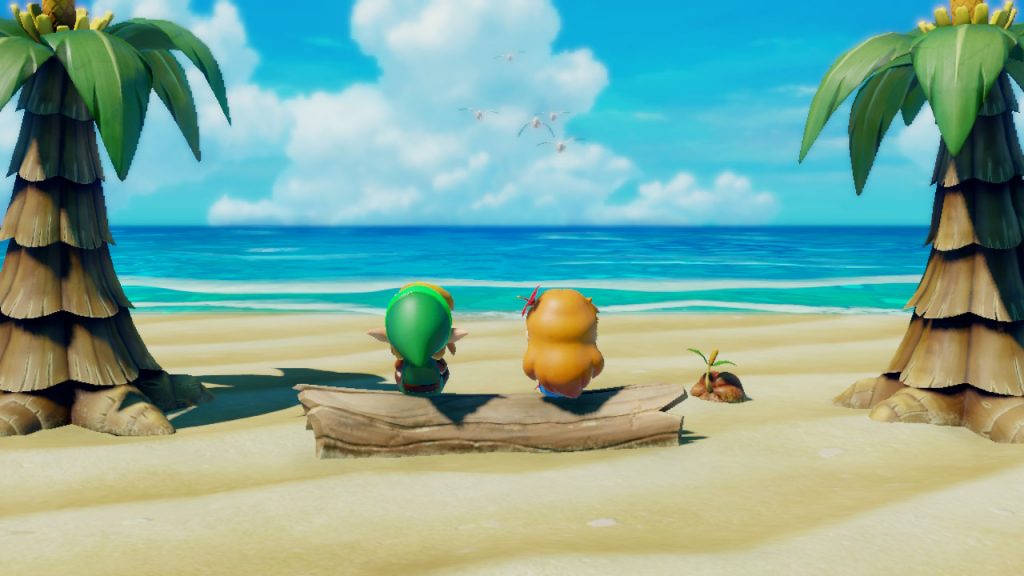 Link’s Awakening represents a return to the more classic style of exploration that the series is known for. Fresh though is a unique art style that emulates plastic toys and dioramas, much to the game’s benefit. Its overworld and dungeons have been recreated in this adorable style, with Koholint Island itself fully embracing the more advanced hardware. Colors pop and screen-to-screen transitions are gone above ground, though the dungeons retain their grid-based origins. This blend of new and old made exploring the island and its oddities refreshing even as a veteran of its shores, with its dreamlike mood in particular shining through at every turn.

Even among the rest of the series, Link’s Awakening can feel surreal. Many traditional elements are nowhere to be found (including Zelda herself, and the Triforce only getting casual mentions), and in their place is the mythos of the mysterious Windfish. It gives the game its own identity, feeling like something that could be floating along just beyond Hyrule’s coast — but not a part of it. You’ll even run into characters and enemies from other Nintendo properties, each a reminder that you’re far from home but still in familiar waters. This sense of alienation does wonders for the game, at times providing humor and at others existential turmoil. Its narrative and world are remarkably unique for a series that’s been around this long, and their return on Switch is more than welcome. 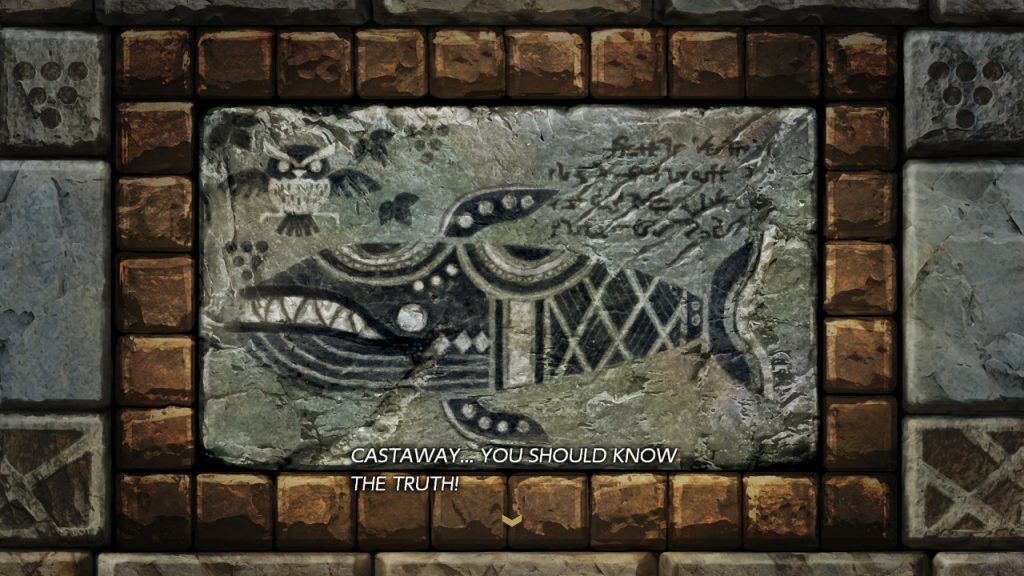 For anyone who might only have Breath of the Wild under their belt, the game’s more linear progression may feel limiting. Nothing much has been done to change this (over 25 year-old) game’s journey, with respect to where and when you’re supposed to go somewhere. Its closest, recent analogue would be the 3DS’ A Link Between Worlds, but even then Link’s Awakening can run the risk of feeling dated. Its group of items are fairly routine for the series, sticking to the bare essentials. The retro charm blends with the updated visuals, though, and only felt a burden when it came to some between-dungeon sections that do little to progress the narrative or your toolset (a situation that should henceforth be called a “Sleeping Walrus”).

That’s not to say there isn’t freedom or exploration involved, as there are plenty of elusive and puzzling elements to the game. While the Game Boy original had a pretty shallow pool of secrets, this remake adds in an ocean’s worth of Heart Pieces, Seashells, and more to keep you busy around the world map and minigames. The Trendy Game in particular has become a hot spot of Mario cameos, with collectible figurines available to grab and display around Mabe Village. Removing the screen transitions does wonders for making Koholint’s layout feel more organic, and added warp points on the map take out some backtracking tedium for when you really want to dig into things. 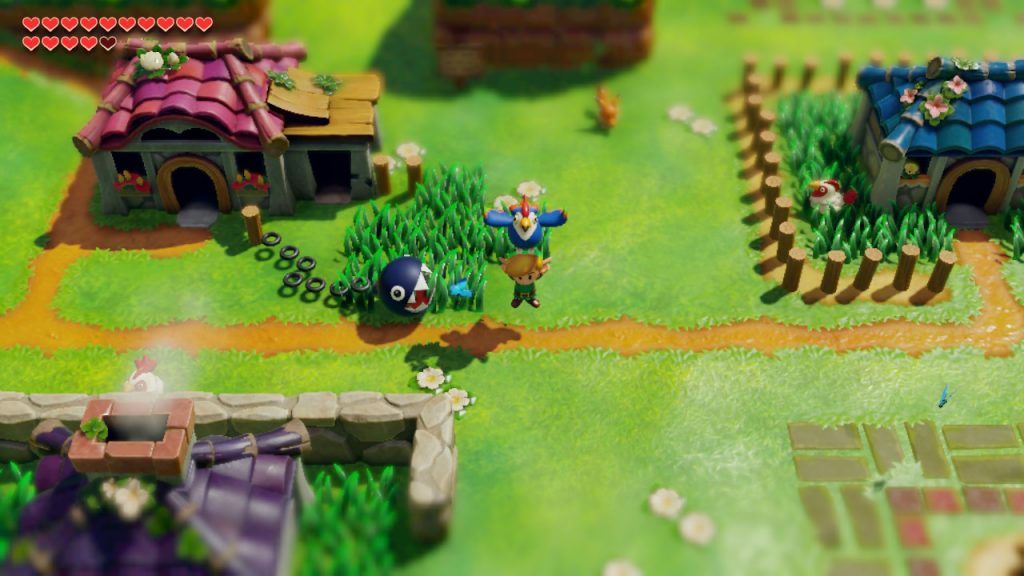 The only real problem with the core game — the earlier mentioned pacing excluded — is occasional frame rate issue. That delightful style comes at a price, as occasionally things can slowdown or stutter. This occurred both docked (where the visuals are usually even more lovely) and undocked, overworld and dungeon. It was never enough to feel detrimental to my experience, partly because this is a game I’m used to playing with brief pauses (for inventory, the screen transitions in dungeons) — but it does blemish what’s one of my favorite games to look at on the system.

Completely new to Link’s Awakening on Switch are Chamber Dungeons. By visiting with everyone’s favorite gravedigger, Dampé, you’ll be able to create your own Zelda style dungeons that you can then explore and (with the power of amiibo) share with friends. While the potential here is huge, as is the demand for a “Zelda Maker,” the execution ends up fairly limited and doesn’t spark much creativity. Rather than place specific objects or develop puzzles out of familiar elements, you’re only able to take existing dungeon chambers from Link’s Awakening and arrange them as you like. Some of these are locked behind amiibo, which are also the only way to share your dungeon creations. 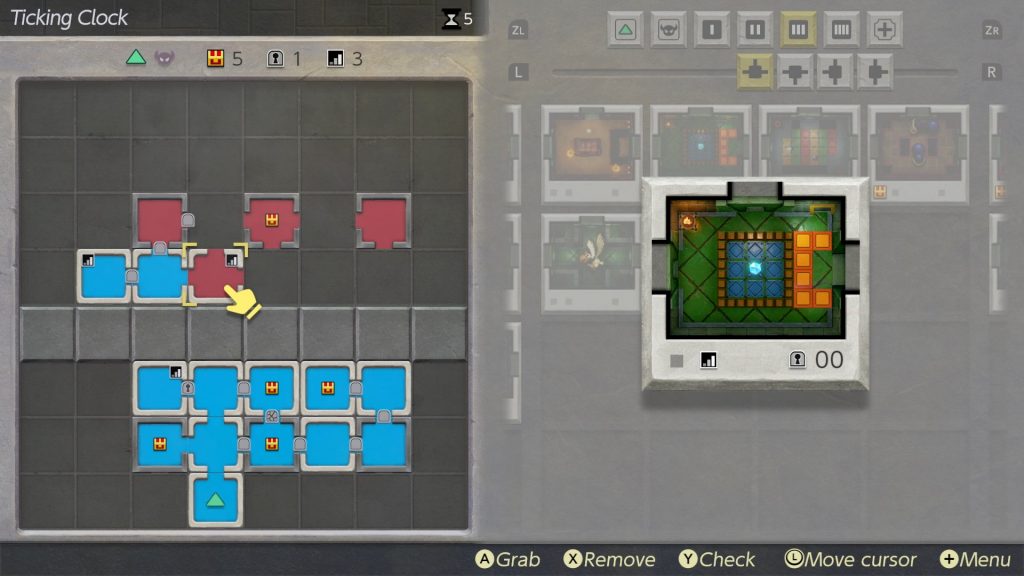 With how involved and fully realized some of Link’s Awakening’s later dungeons can get, it’s a shame that same level of depth can’t be reached here. Likewise, due to the Chamber Dungeons only being able to use already existing rooms and puzzles, there’s no real challenge or thought at play when it comes to actually playing them. Every room was something I’d seen before, every solution one I’d already figured out. Elements like locked doors, treasure chests, and stairs are included — but not with a level of flexibility required to make the content interesting. It comes off less as a way to develop your own unique experiences and more a way to recycle what was already there, holding back what’s still a concept that has potential.

Both end in the same way

From start to finish, Link’s Awakening was a delight. Its setting, cast, and quest stand apart from the rest of The Legend of Zelda series; and with its gorgeous visuals and added conveniences, it marks the perfect way to revisit this Game Boy classic. Though the extra Chamber Dungeon feature doesn’t live up to its potential and there are some times where the game shows its age, there’s something wonderful about hearing “The Ballad of the Windfish” again, this time on Nintendo Switch. Dreams may be fleeting, but this game’s legacy will continue to live for years to come. 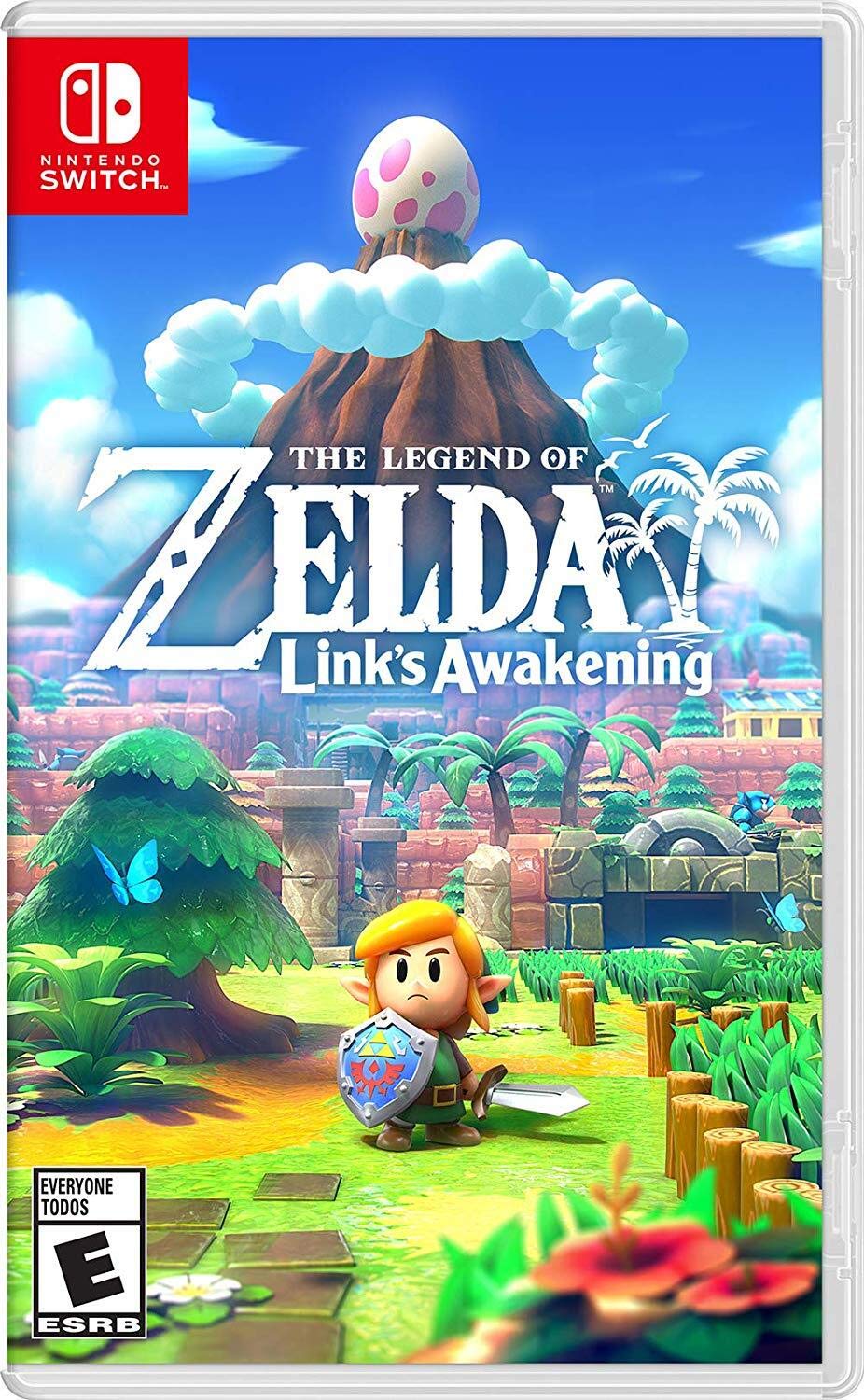