Last year My Hero Academia got its first big video game courtesy of Bandai Namco – the arena fighter My Hero One’s Justice. Now, in the most recent issue of Jump Magazine (via @Spytrue), it’s been announced that a follow-up is in the works. 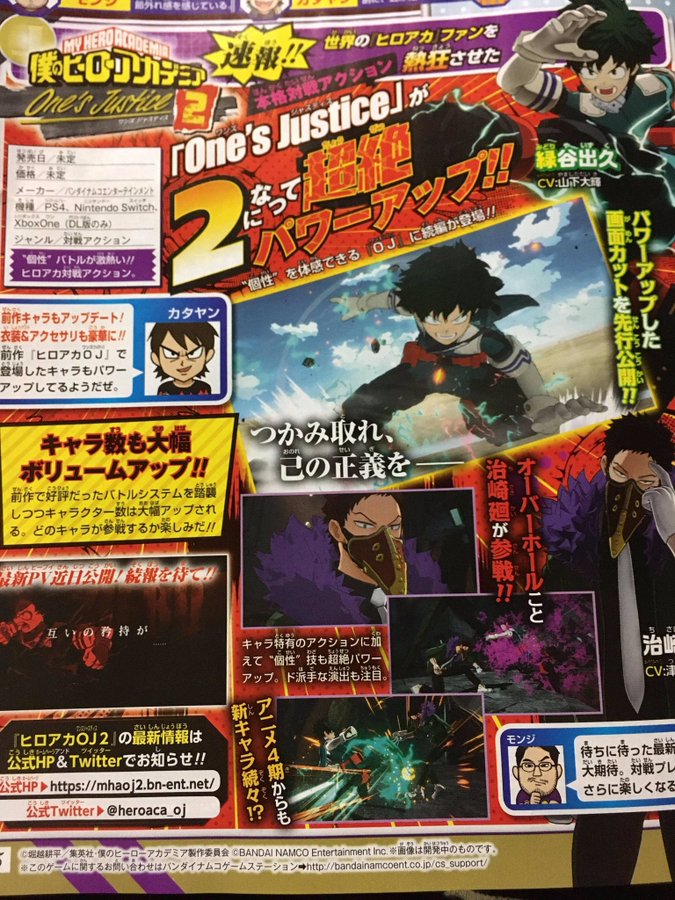 The game, which may be titled My Hero One’s Justice 2 upon localization, will feature events and characters from Season 4, like Kai Chisaki. As Siliconera reports, the gameplay system from the first game returns with some updates and the Quirk action is expected to get a big upgrade, too.

We’ll be sure to bring you official word on the game as it’s announced.