Arguably the best part of roguelikes is when you’ve finally collected enough loot to achieve god-like status, obliterating everything in your path like a hurricane without even trying. The first Risk of Rain, a sci-fi roguelike defined by potent power-ups and an ever-escalating difficulty, was particularly great at evoking that feeling, earning itself a dedicated fanbase that relished in its unique brand of madness.

Rather than slap on a few new stages, items, and characters and calling it a sequel, the brave developers at Hopoo Games took a page out of Metroid’s book, boldly attempting the dimensional leap from 2D side-scroller to 3D shooter — much to fan dismay. Thankfully, much like Nintendo’s efforts, Risk of Rain 2 came out the other end a shining star while still invoking everything that made the original so appealing. The result is a multiplayer cooperative experience that’s difficult to put down. 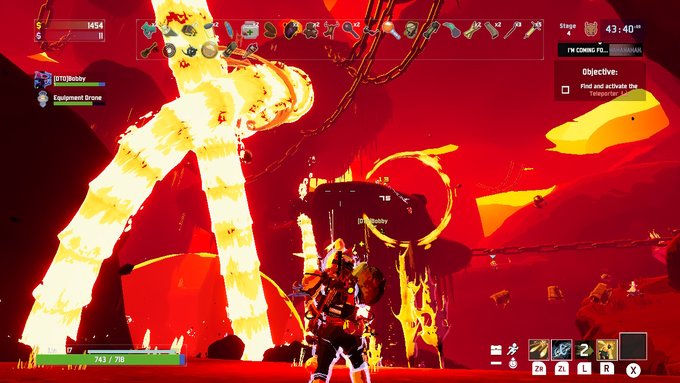 Story writers seeking inspiration for their latest award winning novel can put down that feather pen, as Risk of Rain 2 keeps its narrative short and sweet. A group of wayfaring space travelers crash land on an alien planet teeming with local lifeforms who don’t take too kindly to strangers. The goal is simple: escape each biome before becoming something’s lunch meat. As far as action roguelikes go, it’s a tale as old as time and about as much story as you need, though a few pieces of lore attached to items and enemy logs at the Main Menu do manage to fill in the gaps for those who seek it.

While the story’s nothing to write home about, Rain 2’s music is well worth gushing over. Moody and atmospheric only begins to describe this superb soundtrack. Composer Chris Christodoulou really outdid himself for the sequel, producing a much more layered and epic ensemble with just enough nostalgia to keep the experience in theme with the original. It’s a lot more electronic than the original, with each track striking a beautiful balance between high-octane combat and more relaxed exploratory gameplay. It’s simply phenomenal, to the point where even if you don’t decide to play the game I implore you to give the soundtrack a listen. 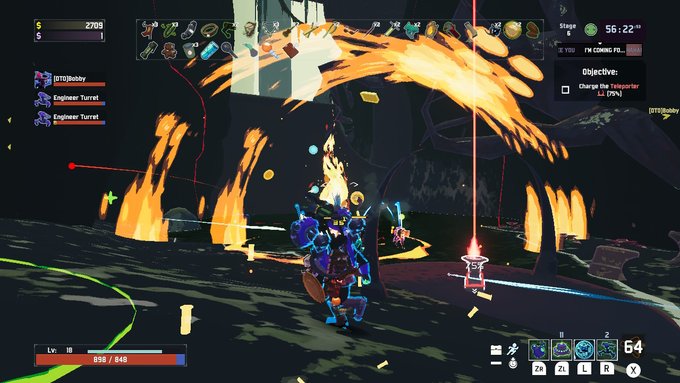 WHEN IT RAINS, IT POURS

Risk of Rain 2 features the same addictive gameplay loop of the original, only this time ditching its 2D side-scrolling roots in favor of fully explorable 3D environments. Up to four players loot and shoot their way through endless hordes of enemies in search of a stage’s elusive teleporter. Killing enemies nets you both experience points for increasing your character’s stamina and currency for purchasing power-ups randomly scattered about each map. Activating the teleporter lures the stage’s big bad out from the woodwork, along with one final wave of malicious minions foaming at the mouth for just one more bite outta ya.

Runs in Rain are technically endless, looping back to the start with each successful playthrough until all players eventually bite the bullet. How long you last largely depends on your proficiency with certain characters and the RNG of power-ups collected. Speed comes into play, too, as the difficulty of the game slowly rises with each passing minute. This opens the door for some interesting strategies. Do you rush teleporters to keep enemies less threatening, but risk bypassing potentially useful abilities? Or do you take the time to scour the map for more power-ups at the risk of being overwhelmed by an onslaught of tougher monsters? Striking a balance between the two is often a difficult, yet exciting venture, assuring no two matches every quite play out the same.

As you can probably imagine, the real stars of the show are the power-ups themselves. That’s because you’re only as strong as the sum of your collected abilities, meaning you’ll want to snag as much of that sweet swag as possible. They range from a multitude of weapon modifiers and passive skills — like increased damage to bosses, explosive shells to bullets, and double jumps — to powerful sub-weapons that freeze enemies in time or shower the map with meteors Behemoth style. Ideally, you’ll want to stack a bunch of the more useful ones, like faster firing speeds or healing upon dealing damage, to ensure runs last well beyond the series’ fittingly titled “HAHAHAHA” difficulty. Seriously, the final difficulty just openly mocks you and I can’t get enough of it. 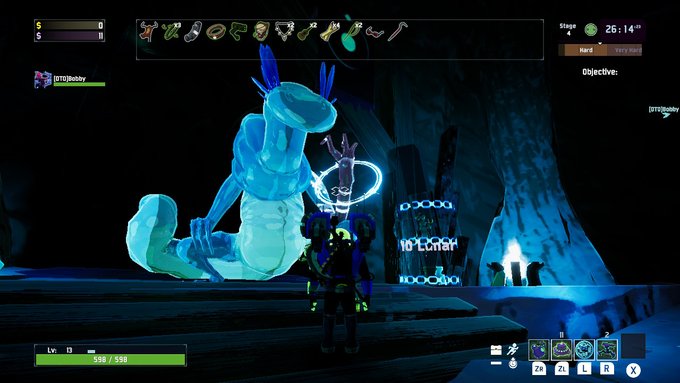 BUILD ‘EM UP, BREAK ‘EM DOWN

Of course, some power-ups are better suited for specific characters, of which Risk of Rain 2 has plenty. The default character, Commando, is your basic run ‘n gunner, complete with dual wielded pistols, armor piercing pulse cannons, and dodge rolling. Others include the fast and agile Huntress, whose rain of arrows prove great DPS sponges, and the mechanically blessed Engineer, whose automated turrets give Torbjörns tinkertoys a run for their money. You don’t get them all from the start, but fortunately the conditions for unlocking them aren’t too tedious, mostly requiring you play the game enough times or under certain conditions.

Risk of Rain 2 features online multiplayer co-op for spacefaring adventurers who hate to go it alone. While it’s perfectly playable alone, I personally found the game to be infinitely more enjoyable with a friend or two in tow, despite some dips in frame rate when the action on-screen gets heavy. Just remember to play nice, as power-ups per stage are limited and not shared between players. Also, bear in mind that there is no local multiplayer option, so those hoping for a night of single system, couch co-op mayhem might want to rethink that strategy.

It’s also worth noting that the game’s still in active development, meaning fans can expect more free content in the near future — from additional survivors, stages, and items, to fearsome new foes to obliterate. 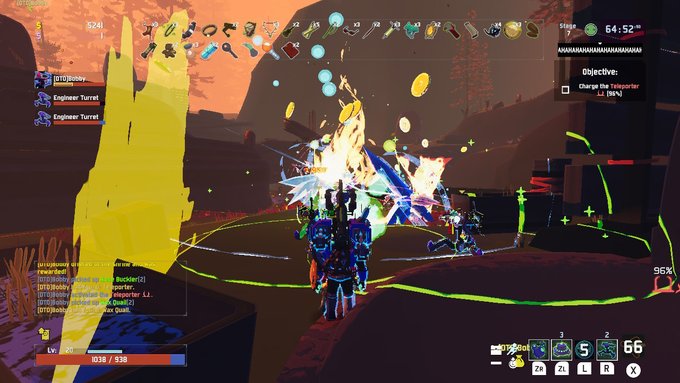 Risk of Rain 2 is a perfect 3D translation of the 2D side-scroller it’s based on. It’s a downpour of love that improves upon the original roguelike formula in nearly every way thanks to its addictive gameplay loop and beautifully atmospheric soundtrack. Whether singing in the rain alone or alongside a group of friends, this is one fast and frenetic experience that’s not to be missed. 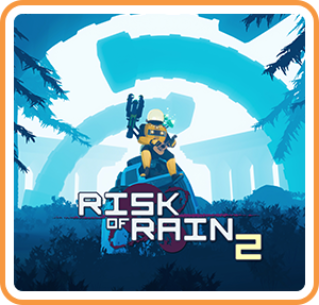